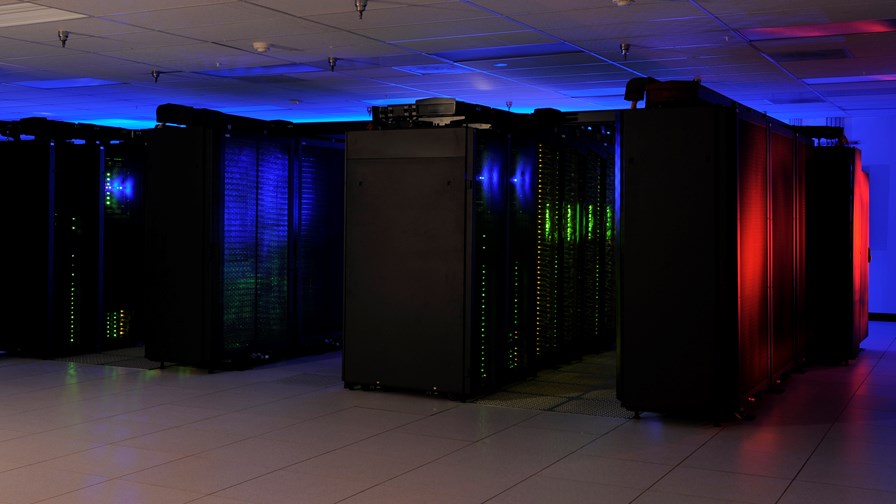 For more than a decade now China has produced the world's fastest supercomputers, much to the chagrin of the former champion, the United States of America. And now the US has been relegated to to runner-up status again, this time in the premier league of nations with the most supercomputer systems in the world. The change has been dramatic. Back in May, a mere six months ago, the US topped the table with 169 supercomputer systems while China had 160. It now has 202 while the US figure has declined to 143.

Not only that, but China now also beats the US in the aggregate performance of its supercomputer systems. It has 35.4 per cent of the TOP500 flops (Flops, short for 'floating point operations, is a globally accepted measure of computer performance and is used in computations that that require floating point calculations. It is regarded as being a more accurate measure of computer speed than the number of instructions per second) while the US has 29.6 per cent.

The league table and the way it is calculated my seem arcane, and it is, but it is of importance because the latest ranking result it is yet another example of China's unbridled ambition and growing international power while the US has fallen to its lowest place since the the TOP500 list was introduced a quarter of a century ago. The new ranking shows that the balance in the international disposition of high-end supercomputing has tilted towards China and that matters because supercomputers are not simply academic tools of little relevance to the real world but are very closely associated with industrial and military developments.

That said, the US is ensconced very firmly in second place, is unlikely to be dislodged from it (Japan has 35 supercomputer systems, Germany 20, France 18 and the UK 15) and could easily and quickly make a comeback. However, for the time being it is no longer pre-eminent.

The TOP500 supercomputing list is compiled by researchers at the Lawrence Berkeley National Laboratory, The University of Tennessee and the cloud computing company Prometeus and is published twice a year.

Top of the supercomputing machines at the moment is the Sunway TaihuLight, a system developed by China's National Research Centre of Parallel Computer Engineering and Technology. It is situated in the National Supercomputing Cente in Wuxi which is close to Shanghai in eastern China. Its performance is rated at 93.01 petaflops.

Number 2 in the rankings is the Tianhe-2, which is also a Chinese system, developed by the National University of Defence Technology. It is sited at the National Computer Centre in Guangzho, a now a massive and ever-spreading city up the Pearl River from Hong Kong. The Tianhe-2 performs at 33.86 petaflops.

Third in the list is Piz Daint, a US-manufactured Cray XC 50 system. It is installed at the National Supercomputing Centre in Lugano in Switzerland. Although it is five years old it has been upgraded recently and at 19.77 petaflops is the most powerful supercomputing facility in Europe.

At Number 4 is Japan's Gyoukou system which is deployed at the Japanese Agency for Marine-Earth Science and Technology in Kanagawa Prefecture, south of Tokyo and close to Yokohama. Finally, in fifth position is Titan, a venerable Cray XK7 system installed at the US Department of Energy's Oak Ridge Laboratory in Tennessee. It can perform at 17.59 petaflops. It is at Oak Ridge that the US might soon wrest back the top position in the supercomputing world."Summit" an IBM supercomputer system is designed to operate at 200 petaflops and will be operational shortly.

In this, the latest TOP500 list, all of the Top 5 supercomputers, indeed, the entire Top 10, delivered in excess of 10 petaflops. Overall, globally, there are 181 supercomputer systems with performance better than a single petaflop, 43 systems up on the 138 recorded back in May this year.

Efforts are being made supercomputing technologies and systems greener - they do chew through resources and energy at a tremendous rate - but it is going to take quite some time. The aforementioned IBM Summit machine is situated in a 10,000 square-foot building containing a 20 mega-watt power source to run the device and keep it cool. Green it ain't, 20 mega-watts is enough to power of 17.000 homes and businesses.

Given the size of the market there are a surprising number of vendors and companies in the supercomputing ecosystem. Hewlett Packard Enterprise (HPE) is the leader in the number of installed supercomputer systems with 122, close to a 25 per cent market share of the TOP500. Second is Lenovo with 81 systems. It is followed by Inspur with 56 systems, Cray with 53 systems, Sugon with 51 and IBM supercomputers (where that are badged solely as IBM machines) are down to a mere 19 systems.

As far as processors are concerned, Intel is the runaway leader. Out of a total of 421 systems 94.2 of them use Intel processors. IBM Power processors account for just 14 systems, down from the 21 systems recorded six months ago. Gigabit Ethernet cabling is used in 228 supercomputing systems, 204 of which deploy 10G Ethernet. InfiniBand interconnect technology is embedded in 163 systems.

Amusingly, as the TOP500 report points out, the computer on the International Space Station is 'highest' in the league.

The TOP500 project ranks and details the 500 most powerful non-distributed computer systems in the world. The project began in 1993 and publishes an updated list of supercomputers twice a year. The first update always coincides with the International Supercomputing Conference which is held each June, and the second is presented at the ACM/IEEE Supercomputing Conference in November.