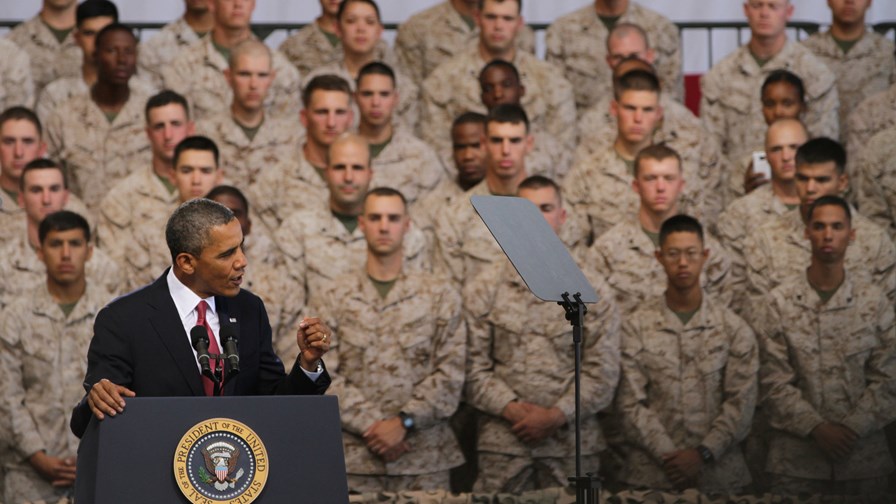 After one and a half presidential terms, Barack Obama (who famously became the first obviously mobile phone toting and emailing presidential candidate back in 2008) has finally come back to what he made one of his election issues - net neutrality.

The intervening period - the net neutrality war - has lasted a full two years longer than the Great War whose centenary we’re now observing and, like it, has been characterised by trench warfare, mud (slinging), sound, fury and stalemate.

Now Obama, with two years of presidency to go, appears to be limbering up for the final push in the hope that it will all be over by Christmas - not this one, maybe Christmas 2015? OK, what about Christmas 2016? Thought not.

Having watched six years of it already, this is a chilling prospect.

In a statement released on Monday he’s gone over the usual lofty observations about Internet wonderfulness: “An open Internet is essential to the American economy, and increasingly to our very way of life.  By lowering the cost of launching a new idea, igniting new political movements, and bringing communities closer together, it has been one of the most significant democratizing influences the world has ever known.”

But there’s danger. “We cannot allow Internet service providers (ISPs) to restrict the best access or to pick winners and losers in the online marketplace for services and ideas.”

After the FCC’s call for public comment on the issue and the 4 million comments that resulted, Obama is more sure than ever that net neutrality is right. To that end he’s convinced that adoption of Title II is the only way forward, pointing out that when ”the FCC tried to implement rules that would protect net neutrality …  the rules were challenged”...  and... “the court ultimately struck down the rules — not because it disagreed with the need to protect net neutrality, but because it believed the FCC had taken the wrong legal approach.”

So the anti-net neutrality people won on a technicality. They could have had the less drastic FCC order option but they blew it. Now they’re going to get the full Title II experience. They’ve not only let the school and their parents down, they’ve let themselves down.

I’ve always thought that Obama sounded rather like the School Principal in Mean Girls: he sounds even more so now.

So while the FCC is an independent agency, Obama has a few suggestions. It classifies the services under Title II but it uses the concept of forbearance to nullify all the irrelevant and needlessly regulatory requirements, leaving the following simple rules.

No blocking.  If a consumer requests access to a website or service, and the content is legal, your ISP should not be permitted to block it.  That way, every player — not just those commercially affiliated with an ISP — gets a fair shot at your business.

No throttling.  Nor should ISPs be able to intentionally slow down some content or speed up others — through a process often called “throttling” — based on the type of service or your ISP’s preferences.

Increased transparency.  The connection between consumers and ISPs — the so-called “last mile” — is not the only place some sites might get special treatment.  So, I am also asking the FCC to make full use of the transparency authorities the court recently upheld, and if necessary to apply net neutrality rules to points of interconnection between the ISP and the rest of the Internet.

No paid prioritization.  Simply put: No service should be stuck in a “slow lane” because it does not pay a fee.  That kind of gatekeeping would undermine the level playing field essential to the Internet’s growth.  So, as I have before, I am asking for an explicit ban on paid prioritization.

So has Obama’s late personal intervention introduced anything new into the debate?

Only that he’s uttered the dread words “Title II” for what appears to be the first time. Any mention of it in connection with broadband access has grown men coming over with a fit of the vapours.  And glancing at the telecoms press today, it appears he’s got the outraged reaction he expected.

What has changed over six years is that the telecoms industry now expresses a tribal response to the issue. Nearly all are against net neutrality (at least in public), a response we find puzzling to say the least.

For there is a broader constituency to cater to here.  Yes the ‘telecoms’ industry is huge. But the crucial access network is what provides oxygen to the broader communications and Internet markets and ultimately affects the health of the whole. The Internet has relentlessly driven the downward costs and upward technology spirals that have enabled the huge online industry we have today. That’s been uncomfortable for those sitting on the access networks, but that’s disruption for you.

Rent-seeking - which, once you read through enough of the words spilled on this subject, is what anti net neutrality is really all about - will just be a distortion and a boat anchor to the whole sector’s further development.  Let’s follow Obama over the top.