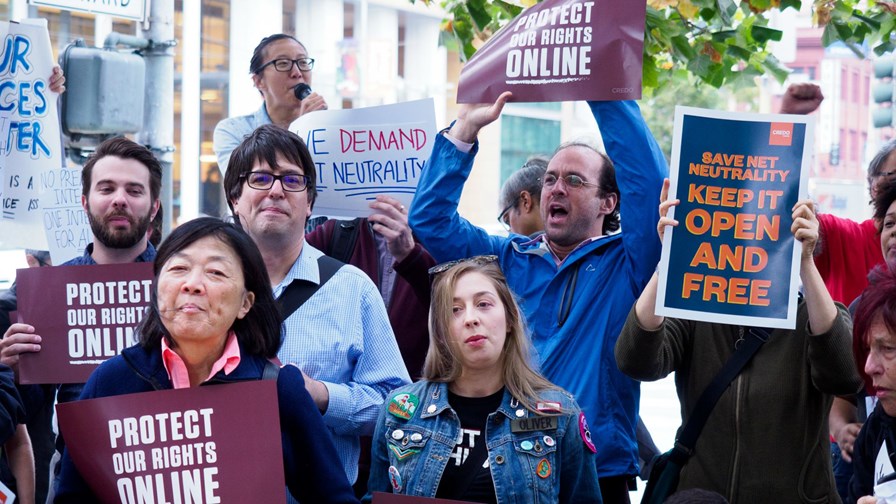 The latest installment of the US net neutrality saga sees the California net neutrality bill approved by a decisive majority of 23-12 by the California Senate. Now it heads to the State Assembly and onwards to be passed by the governor, if it gets that far without successful challenge. Most observers think a smooth passage is unlikely, but the bill is worth pursuing none-the-less as it reinforces the direction of travel - back towards the light and meaningful net neutrality rules.

But here’s the thing.

The bill, introduced by Senator Scott Wiener has the usual no blocking, throttling, or paid prioritization edicts, but goes further than the FCC rules it’s supposed to replace by clamping down on the use of zero rating and usage caps to engineer those non-neutral commercial arrangements designed to favour some content (and content providers) over others.

It seems Pai’s hurried attempt to dump the rules might have backfired. California, at least, might end up with even stricter net neutrality rules than it had before under the FCC.

This seems to be a pattern

Through the long legal struggle over net neutrality in the US, its powerful opponents invariably set out to block or reverse protections on the basis that there was no need for overweening “government oversight”, “1930s era legislation”, “job-destroying interference” and so on. But in fact, by spending millions of dollars on lobbyists and lawyers the big ISPs clearly demonstrated the need for the very judicial and regulatory protection they say they’re against.

If, as they insist, they have nothing against net neutrality - it’s just the regulation and government interference they can’t stand - why do they keep on hammering away at it, teeth clenched, red faced and outraged. Nobody is fooled.

The irony is that the brief history of net neutrality shows that legal blocks and crowd-displeasing rule changes can backfire and the protections they strike down can come back in even stronger form.

Way back in 2010 after much heated debate the FCC eventually invoked the very mild ‘Open Internet Order’. That banned unreasonable content discrimination but allowed ‘reasonable network management’ and service tiering.

The big ISPs should probably have breathed a sigh of relief and let it go, but that’s not how things happen once the lawyers are involved.

Verizon legally challenged the right of the FCC to regulate in this way since broadband Internet access had been defined as an information service (which it’s not) rather than a common carrier service (which under any sane definition it was). That resulted in a DC Circuit Court determination that the FCC had no authority to enforce network neutrality rules as long as service providers were not identified as "common carriers", although the court agreed that the FCC could regulate more specific rules. Heated debate ensued.

Eventually the FCC determined that just creating more specific rules would simply have resulted in endless court challenges, so it decided, urged on by Obama, to reclassify ISPs under so-called Title II, to regulate them as common carriers, but to forego many of the usual telephony rules and requirements. So ISPs were arguably tied up in tighter regulation than they were before.

Thus the scene was set for Chairman Pai and his weed-whacking ‘roll-back’ of net neutrality last year, expected to be finally executed in 10 days time on June 11.

End of the matter? Unlikely. Only one thing seems fairly certain: net neutrality resuscitated will almost certainly be stronger than the version that went before.