Is it all over for net neutrality as Trump prepares to drain the FCC ‘swamp’? 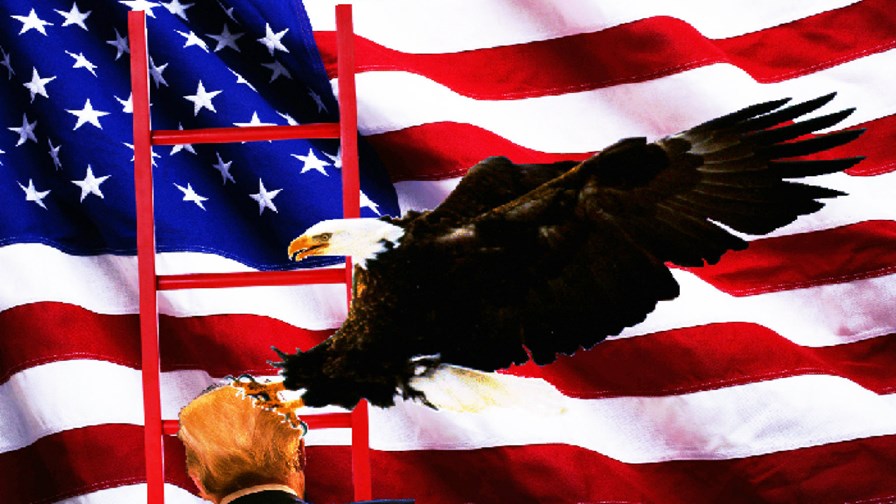 Net neutrality advocates think the imminent end of net neutrality in the US is probably nigh, as AT&T rolls out an unashamed act of discriminatory zero rating as if to dare the FCC  to enforce its net neutrality rules (and then get clobbered by Trump in return).

AT&T has announced that its new ‘DirecTV Now’ streaming service would be zero-rated: in other words it won’t count against its customers’ data caps. Critics point out that this approach will, sooner or later, turn the mobile internet at least - with its low caps and high data prices - into a version of cable TV by essentially placing the ISP (AT&T) in a retail position and enabling it to build a walled garden for content. Free passage for the content it owns, data caps to dissuade users from streaming the content AT&T doesn’t own. That’s  the very thing that net neutrality advocates said would develop unless strong net neutrality rules were enforced.

But today, in the wake of the Trump win, if the FCC were to act on the zero rating issue it would throw the political spotlight onto net neutrality just as Trump is assembling  a posse of net neutrality haters drafted in to define Trump’s FCC policy and guide the selection of the new FCC chairman. Tom Wheeler is expected to be replaced with a Republican-leaning candidate as is the established practice in the US where a new administration sweeps the stables and installs a new set of officials.

The New York Times says Trump  appointed the Economist Jeff Eisenach and former Sprint  lobbyist Mark Jamison - both of whom tend to oppose  telecom industry regulation, support mega mergers and, crucially,  oppose net neutrality - to the FCC transition team about 10 days ago. Trump has more recently added another - Roslyn Layton, a visiting fellow at the broadband-industry-funded American Enterprise Institute - to help with the FCC transition.

According to Karl Bode at DSL Reports, “Like Eisenach and Jamison, Layton has made a career out of fighting relentlessly against most of the FCC's more consumer-focused efforts, including net neutrality, consumer privacy rules, and increased competition in the residential broadband space.”

So while net neutrality advocates in the week after the surprise election result took some comfort from the fact that Trump had had very little to say about net neutrality and was already flip-flopping on some of his - admittedly more kafkaesque - pre-election pledges, the appointments indicate that even if he were to flip, there’s nothing to flop to. The only voices Trump is likely to hear FCC-wise belong arch net neutrality opponents.

With all that in mind, the FCC chairman and his two allied commissioners are  probably best advised to just smile and carry on in the hope that they’ll be able to save at least some of the pro-consumer, pro-user regulation put in place over the last eight years. As far as net neutrality is concerned though, certainly as far as zero rating is concerned - which after all wasn’t explicitly outlawed in the net neutrality regulations  - it looks like the next FCC will be swapping sides to support big telco and it will be up to public interest groups and users to continue the fight.