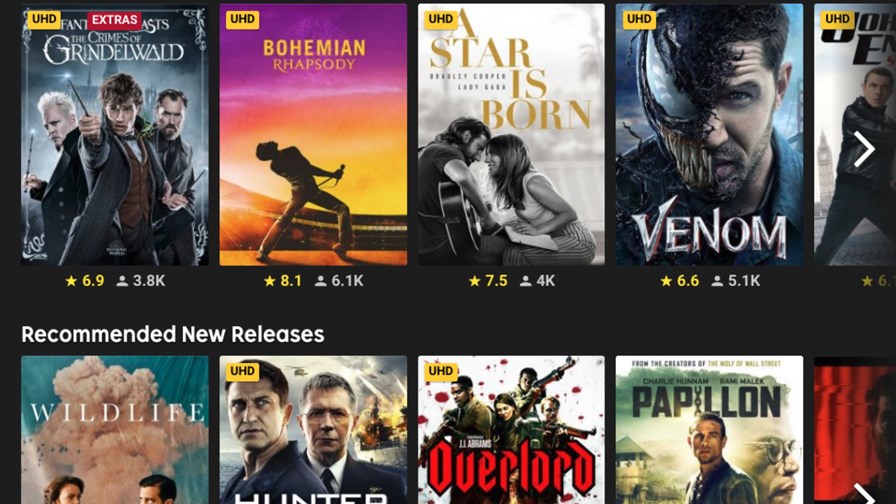 Fresh from its triumph at MWC, where news of its fully virtualised, cloud native network build in Japan was lauded as one of the highlights of the show (see - How Rakuten stole MWC’s thunder).

Rakuten has announced another prong in its global development strategy. It’s going to take on Amazon in Europe in the streaming video department.

In fact this is something that it’s been trying to do for some time, but now it’s going to pull out all the stops. It’s adding another 30 countries in Europe to its streaming video service rota, in addition to the 12 countries it already serves (including the UK) across the globe.

So going for Amazon? Good luck with that

As things currently stand Rakuten will hardly trouble the mighty Amazon with its comparatively small 7 million users (compared with Amazon’s 139 million) but a few more years and a few more deals could start to see it creep up.

One thing is fairly sure, the European competition authorities are unlikely to tolerate Amazon’s dominance in the online retail space for much longer and any actions against Amazon could open an opportunity for Rakuten (and others) to take a larger piece of the streaming pie.

In the streaming video market RakutenTV has carved out an interesting niche for itself.  Instead of the time-honoured cable TV-style bundle, or variation thereof, it sells its videos one at a time at a variety of price points, the calculation being that many viewers currently paying for Amazon or Netflix may only watch two or three videos a month (or sometimes none). After a quick calculation, therefore, RakutenTV might seem to be a very viable choice.

If more videos than expected are watched in a particular month on Rakuten TV, the following months will probably redress the balance.

What is startling though is how much the pricing varies. On the screenshot above, the Grindlewald video costs a substantial £13.99 (a particularly high price for Rakuten it must be said), while Bohemian Rhapsody comes in at £4.99. Videos naturally get cheaper as you drop down into ‘classics’: an early Harry Potter will set you back a modest £2.99.

Rakuten says it’s going to stick to that “pay as you view” business model, so in markets where lots of free-to-air content is available (some excellent, some not so much) its approach may appeal. Viewers will use it as a sort of top-up.

To gain some extra zing, Rakuten has managed to get button deals with Samsung, LG, Philips and Hisense, where the vendors embed a ‘Rakuten TV’ button on their connected TV remote control units.

In its quest for streaming market share Rakuten will obviously have to tussle with the likes of Apple and Google as well as device makers, content owners and increasingly, other telcos like Orange, BT and even AT&T, as they wade into the streaming market.

As a telco (as it now is) it’s interesting that its coming at the streaming market equipped with what’s supposed to be a highly software-driven and adaptable, cloud native network. The industry will be watching closely to see how much difference virtualised network ownership  can make to the way video streaming can be delivered to customers. Is the cloud native effort just an efficiency play, or does it open up endless possibilities around things like augmented reality and other currently futuristic features.

Rakuten has vowed that Japan is just a starting point for its 5G cloud native network plans. Its next steps are bound to be fascinating.