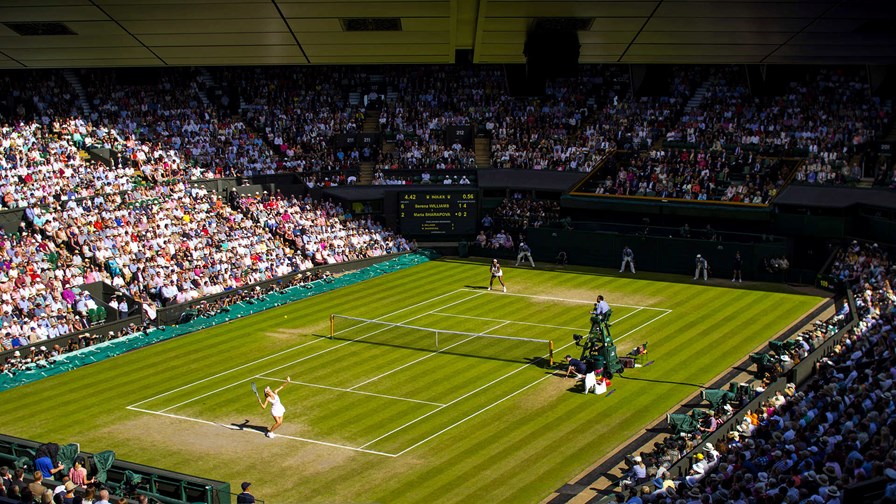 The UK’s national TV broadcaster – and arguably the most influential and progressive broadcaster in the world – the BBC, has provided details of its live 4K UHD and HDR streaming trials for the FIFA World Cup and Wimbledon tennis tournament. This was the first time the BBC had attempted to live stream 4K “over the top” to iPlayer apps in smart TVs at scale.

The good news for all broadcasters looking to stem their audience losses to social media and internet TV services – it worked. The bad news for telcos who will have to carry this huge increase in traffic – it worked.

The BBC said it successfully delivered all 29 World Cup games that were carried by the BBC One channel, plus every Centre Court match at Wimbledon, delivering 1.6 million live viewing requests. There is an extensive blog entry on the BBC’s R&D website with links to numerous other background articles. But here are the main points as affects telcos.

“The trial is an important step forward, showing for the first time that Ultra HD and High Dynamic Range (HDR) can be delivered live and “free-to-air” over the Internet,” said Phil Layton, Head of Broadcast & Connected Systems, BBC. “It’s part of the BBC’s mission to ensure that future audiences can enjoy the benefits of improved picture quality.”

The BBC had already run some limited UHD trials with satellite service provider Sky, but this new trial focused on internet delivery as well as the addition of HDR (which, personally speaking, having watched much of the BBC’s trial content, was exceptionally good and improved the viewing experience). Matthew Postgate, the BBC's Chief Technology and Product Officer, had set out a vision for a future BBC where Internet technologies will become the primary means for production and distribution. That’s a seriously important change.

The World Cup and Wimbledon were chosen for the trial as it was felt that these events would generate the most compelling live content, enabling as many people as possible to choose to participate – with scale being an important element of the trial. The BBC also selected its own iPlayer app as the means to view the streams, and wanted to test if it was indeed suitable and capable of supporting UHD. Finally, it had to work with smart TV manufacturers to test the capabilities of the current generation of consumer sets and ensure optimal picture and sound quality.

The BBC used the Hybrid Log-Gamma (HLG) format it co-developed with Japan’s NHK. For the World Cup outside broadcast it used a “S-Log3-Live” workflow from Sony, whereas for Wimbledon it was able to use a native HLG workflow. The next challenge was encoding live UHD with the High Efficiency Video Coding (HEVC) video compression standard.

“With on-demand, encoding times are not generally an issue and it is possible to get good picture quality at bit rates between 18-23Mbit/s,” explained Phil Layton. “With PC-based encoders our current “rule of thumb” is 20 hours encode time for 1 hour of content in order to get a good set of different qualities and bit rates for an adaptive bit rate ladder.”

Obviously for live broadcast this is impractical and encoders capable of operating in real-time to provide multiple encodings were required. This is where the technology diverges from what the likes of Netflix or Amazon provide for their on-demand shows. The BBC used GPU accelerated software-based encoders delivering 36Mbit/s (a step up from the BBC’s current top streaming bit-rate of 5Mbit/s for HD content).

“We don’t believe anyone has quite tried to do Ultra HD at scale over the top for such an event,” said Layton. “We needed to ensure we worked within the capabilities of the commercial content delivery networks (CDNs) we use.”

The majority of viewers were receiving one of two optimised UHD resolutions – 3840 and 2560 pixels – which meant that the broadcaster was routinely transmitting over 1Tbit/s of UHD content. That’s a huge volume of data, but if every UK viewer of one of the World Cup games was watching in full UHD this would rise to around 1Pbit/s…

“We think that moving to a HDR based production with possible automatic conversion to provide a SDR variant for HD is entirely possible,” said Layton. First though, the BBC would need to upgrade the rest of its broadcast workflow. For example, replays are often HD-only (1080p50) to maintain recording capacity, and studio augmented reality sets are currently rendered in HD.

The good news is that live HEVC encoding has room for improvement in its compression efficiency – with a 50 per cent reduction for on-demand bit rates likely. New codecs are promised with better encoding efficiency, but with increased computational requirements.

“We also continue to work on approaches for multicast delivery, which can also help reduce the overall load, and are participating in DVB standardisation work,” added Layton. Multicast of live events would mean an end to individual streams, which would significantly reduce the amount of network capacity consumed by an UHD live stream, but this requires cooperation from ISPs and network operators.

Unsurprisingly the delay of the UHD compared to broadcast and posts on social media was a big problem. There’s nothing worse than receiving a goal alert on your phone or hearing loud cheers from your terrestrial TV loving neighbours, a minute before actually seeing the goal on your UHD stream. The BBC says it is participating in DVB work to look at low latency streaming, and that new industry standards such as the Common Media Application Format can shorten latencies. It promises to reveal more at the IBC event later this year (and TelecomTV will be there to cover all news).

The BBC now has the capability to receive an incoming UHD contribution, and to encode, package and distribute via commercial CDNs, moving later to establishing its own CDN.

“We clearly have some issues to work on which is to be expected from a trial of this nature, but our overall summary is that the trial has been a great success,” concluded Layton. “We have managed to go from a handful of devices in laboratories to full scale Internet delivery of UHD in less than six months. Each test has grown in scale and we very much hope we can continue the trajectory.”