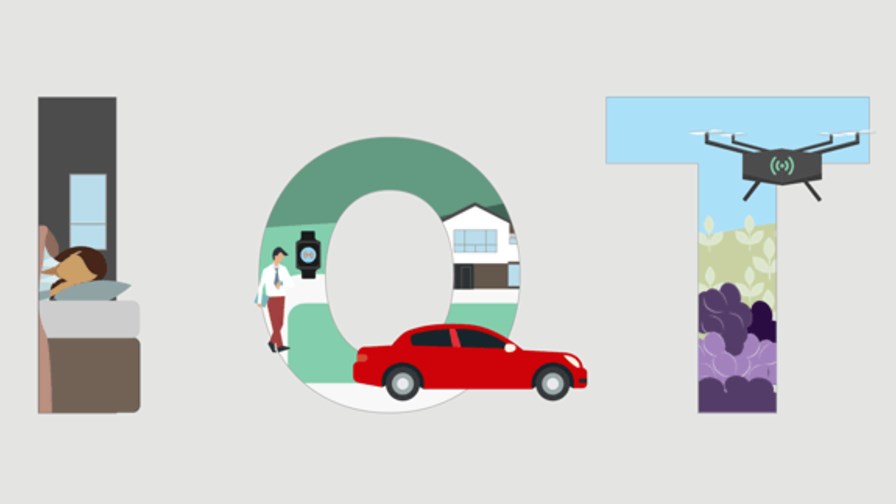 With so much news on the much-vaunted narrowband IoT standard for LTE (NB-IoT) you could be forgiven that it’s the only viable Internet of Things play for LTE operators. But as regular readers of TelecomTV know all too well, the IoT connectivity sector is awash with technologies and various standards variants.

This week, Verizon and AT&T have gone head to head in the US as they both seek to establish their credentials with Category M1 connectivity solutions. This gets a little confusing, as Verizon is happy to talk about Cat M1 whilst AT&T suggests that this is now an outdated term and should be known instead as LTE-M.

Category M1 was defined in 3GPP (not GSMA, as AT&T’s team state) and is part of Release 13, alongside NB-IoT (which just made it in on time, thanks to a delay on finalising the release). It has more horse-power than NB-IoT, supporting data rates of 1Mbit/s both up and downstream, and can also operate in full duplex mode. This comes at a price though, as it requires 1.4MHz of bandwidth, which is about ten times that of NB-IoT, though it can apparently reach distances of up to 100km. Just to complicate matters even further, you will also see Cat M1 referred to as eMTC, enhanced Machine Type Communications. Confused? Maybe that’s the whole idea; to give providers some marketing leeway to position their competitive services.

“Up until now, the cost to connect devices to a wide-area network has been a barrier to widespread IoT,” said Rosemary McNally, VP of Mobile Devices & OS Technology at Verizon. “By evolving our device ecosystem to include Cat M1, we’re aligning Verizon’s 4G LTE network to the needs of future IoT deployments.”

It wants to lower the cost of chipsets and make them less expensive to deploy, giving developers and businesses a clear pathway to scale “from millions of connected devices to billions” on 4G LTE at a cost structure that’s competitive with other technologies such as Wi-Fi, Bluetooth, ZigBee and Z-Wave. It’s also a defensive move against the encroaching non-cellular low power WAN operators.

“We are also taking direct aim at emerging LPWA solutions,” added McNally, “which have entered the US market, but do not offer the same level of scale, coverage and security as LTE.”

Verizon proudly reiterated that it was the first US telco to deploy LTE, as well as LTE Cat 1 for IoT. It created a new core IoT network within its LTE architecture earlier this year that is optimised for more advanced IoT applications, ready for its planned Cat M1 launch by the end of this year.

All of which brings us to rival AT&T. It, too, is planning to launch Cat M1 services, er, sorry, LTE-M services. The telco plans to pilot the technology this November in the San Francisco Bay Area, using LTE-M modules supplied by Sierra Wireless.

“Our work with Sierra Wireless will help drive the benefits of LTE-M to a broad range of businesses and industries,” said Chris Penrose, SVP of Internet of Things Solutions at AT&T. “Our customers that use industrial, Smart Cities and wearable solutions are eager to tap into these new tools.”

“Millions of new IoT devices and services require low-power, low-cost cellular connectivity, which Low Power Wide Area technologies like LTE-M are designed to deliver,” said Dan Schieler, SVP of OEM Solutions at Sierra Wireless, rather cunningly introducing the “LPWA” term into the cellular LTE domain – see our earlier comment about how operators and vendors in this sector are happy to encourage acronym confusion and show not the slightest desire to rebrand to user-friendly, globally accepted terminology.

ABI Research finds the new 3GPP IoT standards – there are actually three of them; in addition to Cat M1 and NB-IoT there is also EC-GSM – will account for more than 50 per cent of cellular IoT radio node unit shipments by 2021. Of the three, NB-IoT is expected to make up more than 70 per cent of Release 13 shipments and more than one third of all cellular IoT shipments.

“While some in the industry view the new 3GPP standards as competitors to the current non-3GPP LPWA technologies and predict their demise, we believe that NB-IoT will complement LPWA,” says Nick Marshall, Research Director at ABI Research. “But it is true that out of the 15 LPWA technologies we profiled, some were designed for use cases that are unsuitable for NB-IoT, such as where downlink data is not required.”

Still confused? You’re not alone. At least NB-IoT is fairly clear… for now.