Telefónica brings IoT, AI and data analytics to agriculture through alliance with UN 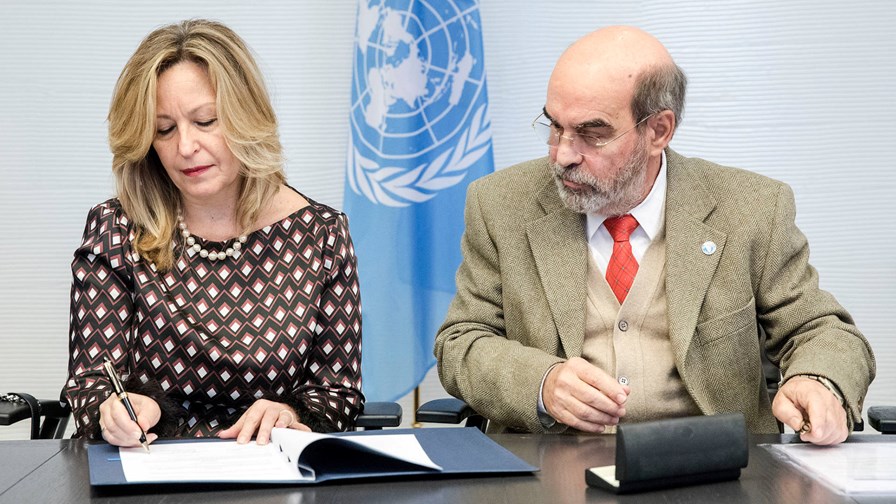 Telefónica and the United Nations Food and Agriculture Organization (FAO) have entered into an alliance to collaborate in the development and implementation of digitisation and data analysis initiatives in the agricultural sector, aimed at promoting the development of agriculture, food safety and nutrition.  The three-year alliance places special emphasis on the need for providing specific support to rural and local agricultural communities in terms of access to information and is part of a widespread initiative to involve the private sector in helping the UN reach its sustainable development goals (SDGs).

“The Internet of Things is an enabler of digital transformation that is already starting to change the landscape of global agriculture,” said Vicente Muñoz, Chief IoT Officer at Telefónica. “By taking advantage of this new technology’s benefits, we are aiding in the development of societies and favouring less use of, and greater access to, resources such as water”.

Both parties will collaborate in the application of IoT solutions in the agricultural sector, with a view to optimising processes and times, and to establish systems of efficiency in the use of water resources. Telefónica and the FAO have already started a water efficiency pilot project, applying artificial intelligence algorithms developed and tested by the Telefónica Chile Research and Development Centre, which will be replicated in previously defined areas of the so-called Central American Dry Corridor.

Currently, the pilot project is being developed in specific communities identified in El Salvador and Colombia. The solution uses specialised hardware, cloud storage, data processing and self-generated recommendations that will be made available to local farmers, making it easier for them to take decisions related to water usage and so guaranteeing a more efficient and optimal use of water resources.

The results from this IoT initiative will be shared with the FAO so that they can be used in its ongoing discussions with the local governments of countries in the region, and thereby promote the use of more efficient and effective solutions in the use of natural resources.

A second initiative will apply Big Data and data analysis to establish early warning patterns, to provide an analysis of how climate change affects population movements. The pilot stage of the initiative will be implemented in those areas of the Central American Dry Corridor and Columbia most affected by El Niño. Finally, the agreement also includes a digital education and skills development framework, building on Telefónica’s existing open training platforms, which include Miríadax, with the aim of sharing specialised knowledge and promoting the development of agri-food, nutrition and sustainable rural development.

“Telefónica’s commitment to responsible business and the UN’s sustainable development goals, promoting projects in which data, experience, and technologies contribute to the development of our society and the value of digitalization, and in the organizations that make decisions based on data as a transformative element,” said Trinidad Jiménez, Global Director of Public Affairs Strategy of Telefónica.