Intel puts its weight behind the IoT jigsaw puzzle 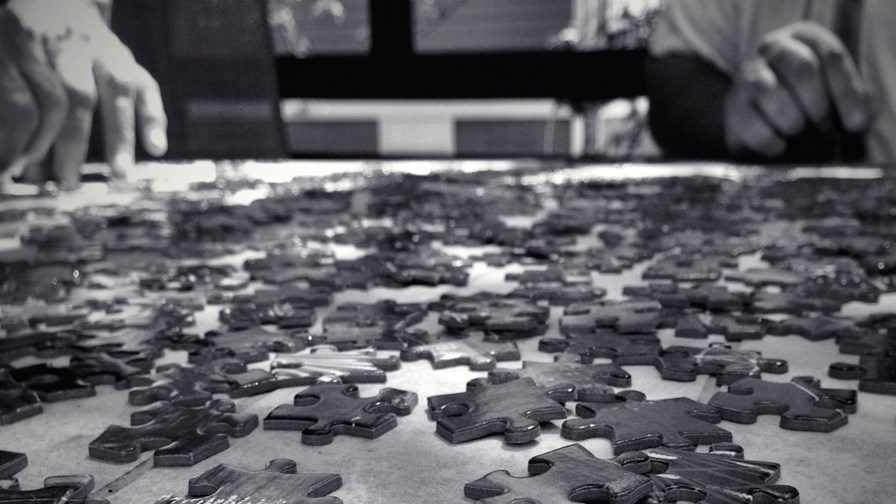 Intel has deepened its commitment to the still-emerging Internet of Things (IoT) market (or ecosystem if you prefer) by announcing today the ‘Intel IoT Platform,’ described by Intel as an “end-to-end reference model designed to unify and simplify connectivity and security for the IoT.”  Just to show it all works Intel also introduced its own integrated hardware and software products based on the new platform.

“The new offerings and relationships will make it easier for solution providers to move IoT from pockets of pilots to mainstream deployments with a repeatable foundation of building blocks that can be customized for limitless solutions.” So build it once, repeat it often: the mantra for profitability for any software business.

Intel claims it’s beefing up its already buoyant device sector with its IoT unit, founded only last year and now on track to rake in $2 billion in revenues. However most of this revenue is derived from the already-established (and growing nicely ‘before’ the idea of the IoT arrived with us, thankyou) areas of energy and connected car technology. Cars have been stuffed with an ever-increasing number of sensors and other devices since the 1990s while energy metering is a fruit so low-hanging that solution providers now have to stoop to get to it.

Nothing wrong with that, but IoT was supposed to be about new, ultra low-cost deployments, and vast, albeit marginally profitable and useful, applications. It is the technology  conjured up to support the ‘everything that can be connected will be connected’ meme, the idea being that, ultimately,  the producers of many categories of product will either put in the connectivity automatically (even if there was no meaningful service to make use of it) or at least allow for its implantation at a later date in the product cycle. I remember attending a meeting a couple of years ago where the idea was mooted of standardising a notch of some sort in mass-produced window frames so that homeowners could insert standard sensors for security applications... when these were developed. It was a great idea but it now feels a little over-excited.

The fact is that while the platform announcements, alliances and new technologies have proceeded apace, there is still a sad lack of embryonic IoT killer applications of the type likely to galvanise an ecosystem or make a dent in the however many billions of IoT devices are supposed to be out there by 2020 (apart from the  healthy and growing M2M applications already mentioned).

In theory IoT is a tremendous opportunity for the telecoms industry and the economy at large: it describes the continuing creep outwards of the network in response to new application areas which open up as the cost of deployment and management lowers to make them viable business propositions - that’s the way IT in general works. But at the moment there’s a stall in progress and it’s being caused to some extent by there being just too much positioning of alternative technologies, especially in the radio sphere where it’s very hard to see what sort of technology can be hooked (beyond WiFi with its multiple limitations) to make the sector take off.

Candidate approaches all seem to have limitations -  low power solutions as an add-on to cellular services will likely take a long time to standardise as part of 5G (perhaps), straight cellular works fine but is too expensive and power-hungry; WiFi is already available and global but lacks range; new white space networks will be nation-specific so can’t be deployed on a global basis and in any case can’t command global scale.

In effect, we’re looking at a frustrating jigsaw puzzle where some of the pieces are missing. Perhaps what IoT needs is for the interested players to set aside some of their commercial ambition and commit to a common approach involving an agreed framework, an open source substrate for key software technologies and a concerted push to sort out the radio access network conundrum. Without something like that (similar to the Network Functions Virtualisation project developed by ETSI), it’s difficult to see how the multi-billion unit IoT dream will get any closer.