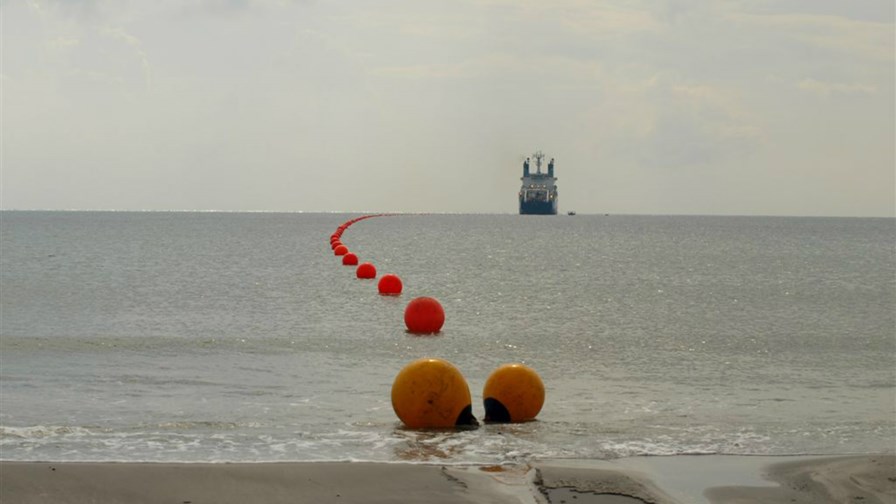 Like Violet, the Dowager Countess of Grantham in the TV series “Downton Abbey,” the International Telecommunication Union, once a dazzling early-Victorian beauty, is showing its age and no longer automatically commands the centre-stage, global, leading role that was once its automatic perquisite. Time moves on and, again like the Dowager Countess, the ITU sometimes seems perturbed by the speed of change and the impact that it’s having on its old-fashioned, steady, measured existence where the status quo must be preserved at all costs. The truth is, the world doesn't much care.

Yesterday, (Sunday, May 17, 2015) the International Telecommunication Union (ITU) celebrated its 150th anniversary. The birthday, according to the ITU's PR department at any rate, marked "a long and illustrious history at the cutting edge of communication technologies." In Geneva joy was unbounded as the raclette flowed like liquid cheese and the party rocked on into the early hours of the evening.

Certainly the ITU has cause to celebrate its history - if not its future.  It was founded with the aim of "facilitating peaceful relations, international cooperation among peoples and economic and social development by means of efficient telecommunication services." According to UN Secretary General Ban Ki-moon the organisation "has earned its global reputation for resilience and relevance" as the oldest member of the United Nations system and a specialised agency of the United Nations Organisation since 1947.

The ITU is indeed venerable. It was founded in the year the American Civil War ended, the year that Brunel's SS Great Eastern set out to lay the trans-Atlantic cable, the year Alice is Wonderland was first published. It was established to provide a venue for operators to co-ordinate telegraphy operations across national and international boundaries and has a long history of successfully promoting collaboration and co-operation, not least because it was an organisation for telecoms practitioners where decisions were made by consensus. This was vital because any agreements would be effective only if all involved operators put them simultaneously into into practice.

However, in recent years, whilst the ITU has held fast by those original tenets, the privatisation and liberalisation of telecoms policy worldwide, combined with the technological advances of the digital revolution have made the ITU less relevant in an 'on-demand' world where communications take microseconds rather than months, minutes or even milliseconds. Few would, or could, deny that the ITU is not the force it once was.

Despite its eminence, the ITU is also infamous for its politicking, bureaucratic infighting and jockey-ings for position between senior apparatchiks and their coteries of supporters as well as being the locus for the wildest and costliest excesses of telecoms industries during the years of the telecoms boom in the 1990s. World Telecom 1991 was bad enough but the October events of 1995 and 1999 were almost Imperially Roman in their gargantuan extravagance.

There were the days when the world's biggest companies (such as pre-Lucent Alcatel, IBM and Nokia) vied with one another to build the biggest and most expensive stands. People actually died constructing these monstrous edifices to corporate hubris and it was evident to all that we were witnessing the end of an era. Things got so bad that companies met in secret conclave to ensure the collective madness would not occur again, jokingly dubbed the "Strategic Stand Limitation Talks" - the general distaste by the global industry for such exhibitions of overkill and wastefulness hit the ITU hard and it has never since recovered its pre-eminence.

Since then, the organisation has striven to get back to its roots and World Telecom and regional ITU exhibitions have been much more modest affairs of late.

Former Secretary-General bites the hand that used to feed him

The ITU now even allows some degree of criticism of itself from within its own ranks. But the powers that be might well be very surprised at the uncompromising remarks made in the pages of the Spring 2015 edition 'New Breeze', the official organ of ITU-AJ in Japan. Therein, Yoshio Utsumi, who was the secretary-general of the ITU between 1998 and 2006 put his elegant geta well and truly into his former alma mater (by the way, geta are traditional Japanese footwear that resemble both clogs and flip-flops. They are a kind of sandal with an elevated wooden base held onto the foot with a fabric thong to keep the pedal extremity well above the ground and out of puddles)

Whilst celebrating the ITU's long life and praising past achievements, Yoshio Utsumi writes, "The  liberalisation of telecommunications involves very high level political policy-making processes and the ITU lacks the ability to handle them."

He adds that "The ITU which emphasises consensus, does not suit to the liberalised telecommunications market. To begin with, consensus decision-making is basically incompatible with the principle of free competition where those who make innovations get benefits and the strongest wins. Consensus decision-making practice also requires much time. It is too slow for today’s advancement of technology". And that's from the man who used to be in charge.

And it gets worse: "Decision-making in the ITU is by majority-rule, but most people participating in ITU activities - whether in a state of paralysis or dogmatically committed to consensus - do not even realise that consensus decision-making practice is a major cause of difficulties. If consensus cannot be discarded there can be no progress. This has become a common occurrence at the ITU. As a result, except for the field of radio frequency allocations for which there is no other venue for finding resolutions, people dislike the ITU as a venue to harmonise differing interests. As such, hundreds of private groups - so  called Forums - have been established and are replacing ITU activities. And, even in the field of radio frequencies, issues such as co-ordinating satellite orbital positions are being carried out more quickly, directly by the parties concerned, and not through the ITU".

One of the ITU's strongest suits has always been its remit to promote telecoms development in developing countries and economies. On this, Yoshio Utsumi is equally scathing, "Regarding development support for developing countries… there are also problems. At the ITU Additional Plenipotentiary Conference in 1992, closing the digital divide was taken as a large responsibility and the Development sector was created independently from the Secretary-General. Placing such emphasis on development was very good, but ITU participants wanted the Development sector as their own organisation and completely ignored the practical reality that it would not function unless the Secretary-General used all of his political power to gather funds. In all UN agencies, development activities are carried out by the heads of such agencies with their political leadership exercising their full capabilities. As a result, the ITU's development activities have weakened and its projects disappeared, while other international agencies and NGOs have been replacing the ITU."

And here's the killer punch - or one of them. Either way, it's a zinger! "The ITU Development sector has become nothing but a place for representatives from developing countries to receive travel expenses from the ITU and attend fruitless meetings. As the position of the ITU has declined it has come to consist mainly of just clerks. Rather than a place for solving major managerial problems, it has become a place of trivial, low-level debates and job-seeking exercises."

Then in a Parthian blow, Yoshio Utsumi adds, "2015, the agreed-upon target year for building an Information Society, has all but been forgotten by ITU."

Mr. Utsumi has been keeping his powder dry for nine long years but now he has set off a volley that will echo and re-echo around Lake Leman and, hopefully, will shake the ITU out of its perceived somnolence and increasing irrelevance.

The current ITU Secretary-General, Houlin Zhao, has yet to respond to his predecessor's criticisms and it is to be hoped that he won't just hunker down in the ITU rabbit-hole (it is perhaps no coincidence that the organisation came into being as Alice in Wonderland was first published) and hope the whole thing just blows over and then it will be business as usual. In his unprecedented remarks Yoshio Utsumi has simply said what many have been thinking for many years past. The West in general and the US, UK, most of Europe, Australia and New Zealand in particular have long been suspicious of just what the ITU is doing and what it is for. It's time we had some answers.