Key to the success of this deployment was the flexibility and interoperability of our platform. Our open technology makes it simple to implement, install and manage. 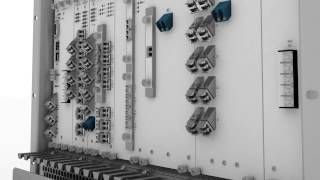 “Our work with SUNET is helping to empower the research and education community. This new all-coherent optical network removes limitations and provides the tools that academic institutions need to operate at the cutting edge of discovery,” said Lars Glarborg, MD, NetNordic Communication AB. “Through close cooperation with our key technology partners Juniper Networks and ADVA Optical Networking, we’ve created one of the most powerful networks in Sweden. The new infrastructure delivers enhanced security. It also greatly improves redundancy so that SUNET’s users have a phenomenally low risk of downtime and data loss. Now that the system is up and running, every organization served has access to 100Gbit/s. And, with the network’s innate scalability, further upgrades will be simple. Sweden’s universities and research institutions could require terabit speeds in the near future and SUNET is ready to deliver.”

“100Gbit/s has become a must-have for research and education networks. From experiments in particle physics to multi-media projects, universities now regularly use high-bandwidth application for easier collaboration and faster discovery. And, with our ROADM technology, SUNET is in full control of its network. It now has a versatile, scalable transport system perfect for today’s requirements and ready for the demands of tomorrow,” commented Peter Atterlöf, sales director, Nordics and Baltics, ADVA Optical Networking. “Key to the success of this deployment was the flexibility and interoperability of our platform. Our open technology makes it simple to implement, install and manage a best-of-breed disaggregated architecture like this. What’s more, to take the new transport system to the next level, SUNET is now exploring plans to introduce our FSP Network Hypervisor. This will create a programmable SDN-based network for automation, rapid service provisioning and even better use of resources.”