What’s up with… KPN, Optus, PLDT 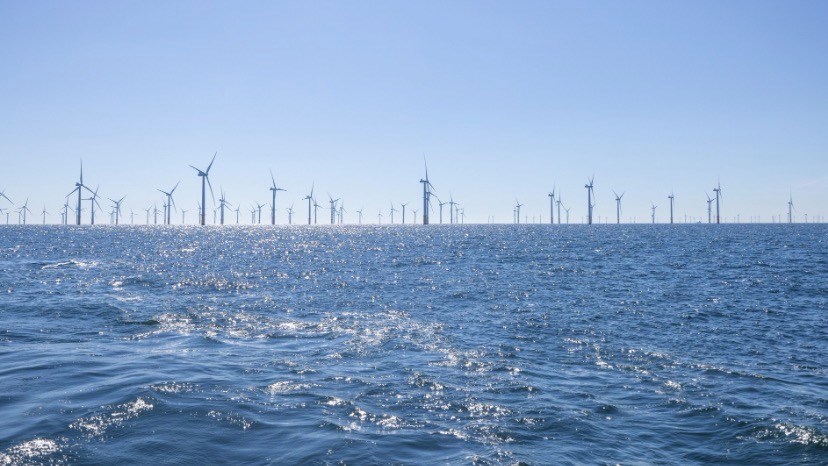 In today’s industry news roundup: An offshore wind farm will play a vital role in providing power for KPN’s networks; Australia’s Optus teams up with Ericsson on radio access network energy-efficiency efforts; PLDT is in trouble with its shareholders and the Philippines financial authorities over its budget management; and much more!

When it comes to sustainability efforts, KPN seems to not only be talking the talk but walking the walk as well. The Dutch landline and mobile network operator announced that starting from 2027, more than half of the electricity it consumes will come from a new wind farm that is to be built in the North Sea in the coming years. The company has signed a 15-year agreement with natural gas, electricity and heat producer and supplier Eneco for the purpose. By 2027, KPN has pledged to purchase more than 200 gigawatt hours (GWh) of electricity per year from the wind farm dubbed Hollandse Kust (west) VI. According to KPN, the agreement includes the purchase of green electricity that is produced when the wind blows. When there is insufficient wind to produce the necessary power, the telco will use other solutions, such as storage or solar energy. “KPN has opted for this contract because it considers it important that the electricity it uses is actually produced sustainably at that time”, noted KPN. The company claims that its fixed and mobile networks have been running on green electricity since 2011. See more.

Staying with sustainability… Optus and Ericsson claim to have made progress in reducing network energy consumption. In a joint statement, they announced the deployment of an energy-efficient radio access network (RAN) site at Optus’s Moorebank site in Sydney, Australia. The “unique” solution uses “lightweight, new-generation radios and basebands”, which can reduce energy consumption by up to 25%, depending on the equipment used. The Australian telco plans to upgrade sites across its network, which it hopes will save approximately 40kWh in energy consumption per day when used in conjunction with energy management software. According to Optus, the new RAN technology will be critical to reducing its operational emissions by 25% and using 100% renewable electricity by 2025.

PLDT, the national operator in the Philippines, has issued a stock exchange statement noting it has spent 379 billion Philippine pesos (PHP) (US$6.84bn) on its high-speed fixed and mobile access networks, data transport and submarine networks, and cellular towers infrastructure in the 2019-2022 period, investments that were “key to meeting PLDT’s goals” and helped it to gain customers and market share. However… it appears the operator was a little too enthusiastic with its cheque book, as it bust its capex budget by 48bn PHP (US$866m), which represents 12.7% of its total capex spending during the period, and now has to lump that overspend into its 2023 capex total, which will be higher than initially expected. While PLDT says it has found no evidence of any “fraudulent transactions” or other funny business, it is “undertaking a management reorganisation process and has initiated improvements on its processes and systems to address weaknesses that allowed such budget overruns to occur.” It has also assured investors that its business is strong and that this year’s financial results will not be affected by its unwelcome discovery. That wasn’t enough to placate shareholders, though, as the telco’s share price crashed by more than 19% to 1,192 PHP on the Manila exchange following the news. And there’s potentially worse to come for the operator, as the Philippines Securities and Exchange Commission (SEC) has initiated an investigation into the overspending and the sale of stock just before the admission of overspending was made public, reports Bloomberg.

We close today’s sustainability coverage with an announcement from Asia. SK Telecom (SKT) will put green tech under the spotlight at the tech industry event CES 2023 in January. The South Korean operator noted its aim is to demonstrate how “diverse technologies and products” can accelerate progress towards achieving a net-zero future. Showcases will include urban air mobility (UAM), a virtual power plant (VPP) and AI semiconductor, Sapeon. Read more.

The fate of Twitter, which is now in an almost constant state of turbulence, lies, apparently, in users’ hands. Late on Sunday, controversial CEO Elon Musk created a poll on the social media platform asking if he should step down as head of the company. “I will abide by the results of this poll,” he added following the question. At the time of writing, 57.5% of more than 17.5 million voters agree Twitter would be better off without Musk at the helm. If the results remain in favour of his departure, it is yet uncertain when he would indeed step down and who would succeed him in the role. Musk took charge of Twitter in October after a prolonged back-and-forth commitment for a $44bn takeover deal. Since then, there have been mass layoffs (some of which were by mistake, according to the company), new rules on account verification and numerous bans, including of journalists as reported in the past few days.

Telecom Italia (TIM) and its partner Google Cloud are offering “smart mobility” services in the Bologna and Modena areas, using the operator’s Edge Cloud 5G platform that is a combination of TIM’s 5G connectivity, its telco cloud infrastructure and Google Distributed Cloud Virtual software. The operator is to “test new solutions for self-driving and assisted cars, as well as applications for advanced cloud mobility, which require dynamic and ultra-secure communication between vehicles and the road infrastructure and integration with smart city systems.” Read more.

Andrea Salvato, senior vice president and chief development officer at Liberty Global, is the latest name in the frame tipped to take over from Nick Read as CEO of Vodafone Group when Read steps down at the end of this year, according to the Financial Mail on Sunday. Salvato is regarded as an excellent deal broker with plenty of M&A experience – handy skills to have when influential Vodafone shareholders are calling for major deals that can transform the operator’s portfolio and reduce its debt pile. Other individuals already identified as potential candidates to take the top role at Vodafone are: Allison Kirkby, current CEO at Telia; Olaf Swantee, the former CEO of UK mobile operator EE and Swiss telco Sunrise; Stephen Carter, the current CEO at trade show and media giant Informa, who has telecom industry experience; and Virgin Media O2 CEO Lutz Schüler.

India’s Department of Telecommunications (DoT) has initiated a process to identify spectrum that could be reserved and used for private 5G networks, even though early indications from the enterprise community in India is that demand for such private mobile network deployments would be very small, according to multiple local media reports, including this one from Mint.

Vodafone says it has “created a 3D digital twin of its UK mobile mast network to allow its engineers to visualise and strategise network improvements or expansion.” The operator says that, using software from geographic information system (GIS) specialist Esri, it has mapped “more than 40 million environmental features… including buildings, hills, valleys and trees”, giving engineers “a 360-degree virtual view of the network from their laptop or mobile device over a secure connection.” The operator added: “Approximately 500,000 network features, such as antennas, along with billions of rows of network performance data can be visually presented. With a few clicks, an engineer can inspect a component of a mobile base station remotely before deciding whether [to] jump in their van and drive to the site to carry out any necessary work.” Read more.