The most popular sustainability stories of 2022 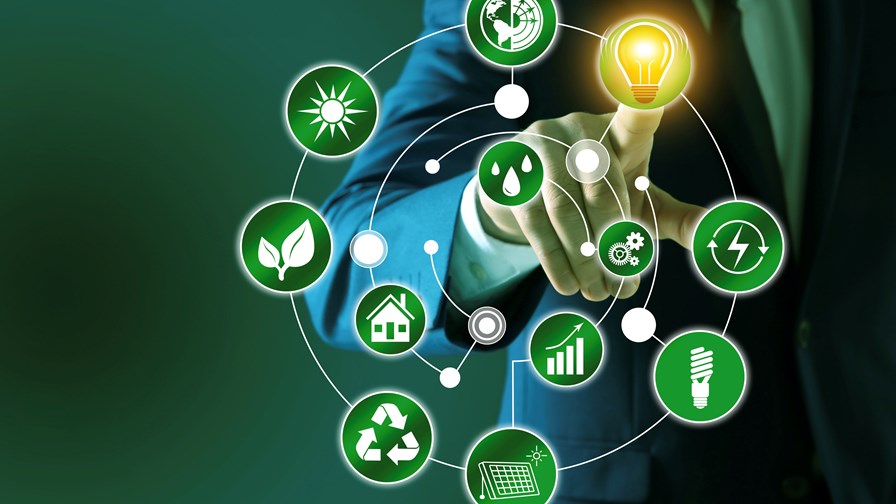 The past 12 months have witnessed multiple disturbing weather-related anomalies and a dramatic rise in the cost of energy and fuel, a combination that has sharpened the focus of the telecom industry on its sustainability efforts, as both climate change and operating cost rises need to be addressed.

This year we saw many industry players commit to carbon dioxide emission reductions, look for ways to modernise their networks and explore ways in which smart tech innovations can be deployed, including those developed for other verticals, such as manufacturing, which is responsible for one-fifth of carbon emissions globally, according to the World Economic Forum.

As the world’s population is increasingly concerned about the current state of environmental pollution and the looming consequences (with ‘climate anxiety’ affecting people globally, especially children and young adults), we have compiled TelecomTV’s most-read sustainability articles of 2022, which highlight the industry’s determination to make a difference and enact real change.

23 March 2022: Five major European operators placed energy efficiency high on their Open RAN development requirements. Deutsche Telekom, Orange, Telecom Italia (TIM), Telefónica and Vodafone added to the memorandum of understanding (MoU) they signed in 2021 by issuing guidelines for a more sustainable approach to open, disaggregated network architectures. These included: Prioritising power-efficient hardware; having key performance indicators (KPIs) for reporting energy usage and efficiency across hardware and software levels; using intelligence and orchestration to automate energy-efficiency features in the radio access network (RAN); and having energy-efficiency goals for each of the network components. Read the full story.

8 July 2022: One of the MoU operators went the extra mile by demonstrating how Open RAN is capable of saving energy using real-life traffic scenarios. Claiming a pioneering position in conducting such a test, Vodafone said that by using power-saving techniques, it had managed to reduce the amount of energy consumed by an Open RAN infrastructure during high-traffic peak (compared to a traditional RAN installation) by 9%, while the decline in a low mobile traffic scenario was 12%. Industry heavyweights Wind River, Intel, Keysight Technologies and Radisys joined the experiment. Vodafone plans to continue its energy-savings tests in a live environment and to “exceed the energy efficiency of today’s mobile networks”, according to Nikoleta Patroni, senior engineer of Open RAN at Vodafone. She also called for the entire telecom industry to introduce greener technology. Read the full story.

3. Telcos could save up to 70% power usage by optimising 5G hardware

6 April 2022: One thing that could help the telco sector improve its energy efficiency is to embrace new ways of optimising the hardware deployed in networks, especially with the vast rollouts of 5G, suggested research company ABI Research. According to a report by the analyst, if operators did achieve such an optimisation, they would reduce their power consumption by up to 70% – which could prove very helpful not only for the planet but also for telcos’ wallets. ABI Research’s recipe includes the use of gallium nitride (GaN) in massive MIMO antenna components, which can result in more than 50% more power efficiency and, subsequently, reduce power usage and operational costs, as per its estimations. Another suggestion is the use of liquid cooling units, which are 30% lighter and half the size of the standard active air conditioning units deployed at cell sites. Telcos are also advised to make use of the new generation of chipsets (which are estimated to save between 30% and 70% in energy savings). Read the full story.

1 March 2022: The NGMN Alliance (Next Generation Mobile Networks Alliance) used the show floor at the Mobile World Congress in Barcelona to unveil its plans to create a “ground-breaking” methodology to evaluate the sustainability quality of telecoms networks. Chairman of the alliance, Arash Ashouriha (also Deutsche Telekom’s SVP of group technology innovation), made an analogy with methodologies developed throughout the years on measuring the quality of a mobile network. “We strongly believe we need the same methodology to measure and benchmark sustainability. If you’re able to measure a green network, everyone will go and invest because no one wants to look bad,” noted Ashouriha. According to the alliance, this measurement system would help telco players identify which actions have the most significant impact on a network’s sustainability features. Read the full story.

18 October 2022: As the global energy crisis led to skyrocketing utility bills, Ericsson issued an alarming forecast that suggested the annual energy cost to run the global mobile networks is set to exceed $25bn for the first time. The vendor recommended that communications service providers (CSPs) need to address this by implementing energy savings across their radio access network (RAN) products and solutions, as the RAN, on average, accounts for about 75% of a telco’s network energy consumption. Steps to help reduce power consumption include implementing metering to track consumption and modernising existing networks through artificial intelligence (AI), machine learning (ML) and other automation solutions. Read the full story.