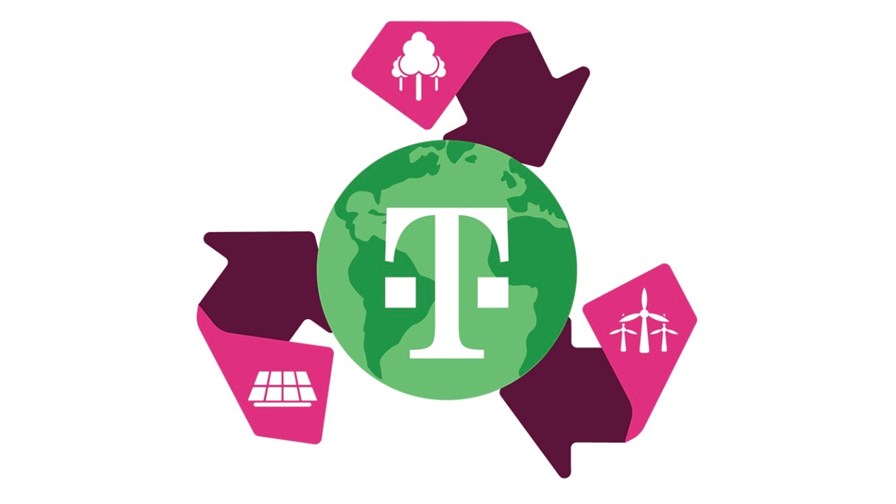 T-Mobile was the first and only U.S. provider to create an ambitious plan to source 100% of its total electricity usage with renewable energy by the end of 2021. (Graphic: Business Wire)

T-Mobile US, Thailand’s True Corp. and Telecom Italia have all achieved goals towards boosting sustainability across their operations, as commitments across the telecoms industry towards creating a greener future continue.

T-Mobile claims to be the first US operator to switch to 100% electricity usage from renewable sources. And, it rushed to note, this was not an easy task after its merger with Sprint which “significantly expanded” its electricity needs.

The initial commitment was made in April 2020.

To fulfil its mission, T-Mobile invested in “enough wind and solar power” to account for every unit of electricity consumed per annum. It identified nine wind and solar farm projects that generated approximately 3.4 million MWh of clean energy annually – an amount the operator calculated was enough to provide electricity to more than 313,000 homes per year.

It also backs more than 30 community solar projects, which are set to provide more than 2.1 million MWh over 25 years in the US states of Maine, Massachusetts, Minnesota, New York and Oregon.

“This was no easy task, but we set a goal and we achieved it. Today, thanks to amazing efforts from a team who was unwavering in our commitment to reduce our impact on the planet, the Un-carrier is powering America’s largest, fastest and most reliable 5G network with 100% clean electricity”, T-Mobile US CEO Mike Sievert emphasised.

But the company has no plans to stop there. It pledges to come up with new projects to match future electricity usage, decarbonise its business and invest in organisations that deliver clean energy to more communities in the US.

This year’s S&P Global’s Sustainability Yearbook, which recognises companies that have demonstrated strengths in the area of corporate sustainability, has distinguished 16 telecom companies for making strides in the field.

The gold went to Thailand-based operator True Corp., which scored 93 out of 100 points, according to S&P’s methodology. It was recognised by S&P Global’s Sustainability Yearbook 2022 to be the best performing telecom company in the world in terms of commitment to sustainability.

It was followed by Taiwan Mobile, Deutsche Telekom, Far EasTone and AIS, which all achieved silver status.

A symbolic bronze medal went to SK Telecom, Telecom Italia, Telefónica, Chunghwa Telecom, KPN and Telus. What is noticeable from S&P’s report is that out of the total, only a fourth are European operators and there is only one US operator to make the list (AT&T).

To find out what Telefónica thought of its bronze, see this press release.

Last but not least: Telecom Italia hailed its websites are now carbon neutral – or in other words, the carbon dioxide emissions they released in 2021 into the atmosphere are counterbalanced by the amount the company removed from the atmosphere.

The Italian operator said the websites included the Group companies such as Noovle, Sparkle and FiberCop.

To make them carbon neutral, it supported the Maìsa REDD+ project, which aims to protect more than 28,000 hectares of the Amazon rainforest in Brazil.

Telecom Italia said it has offset at least 900 tonnes of GHGs, equal to 127 times travelling around the world by car.

Its websites were certified as carbon neutral by Rete Clima, a non-profit organisation promoting sustainability, after assessing the energy use of the servers hosting the web pages and relevant services for their functionality.

Now, the operator looks to back two forest restoration initiatives in Italy and to increase urban green areas. One of these projects is expected to save around 50 tonnes of carbon dioxide over a period of 30 years – an amount equal to emissions produced by 500 refrigerators in just one year.

Telecom Italia targets 2030 as its deadline to achieve carbon neutrality. Some of the steps down the road include 15% of offered smartphones to be green by 2024, and using only renewable sources for its energy consumption.

More to be done

Even though many of the large operators have now publicly announced their goals and regularly provide updates on their progress towards environmental sustainability, there is still much more to be done.

As of April 2021, the GSMA estimated operators covering only 50 per cent of global mobile connections have committed to science-based targets that were outlined in a collaborative effort by the International Telecommunication Union (ITU), the Global e-Sustainability Initiative (GeSI), the GSMA and the Science Based Targets initiative (SBTi). And operators covering just 31 per cent of all mobile connections globally have a net zero target so far.

The mobile sector has been regularly highlighted as a leader in sustainability efforts, but one could wonder if there is a quicker way to get everyone on board…