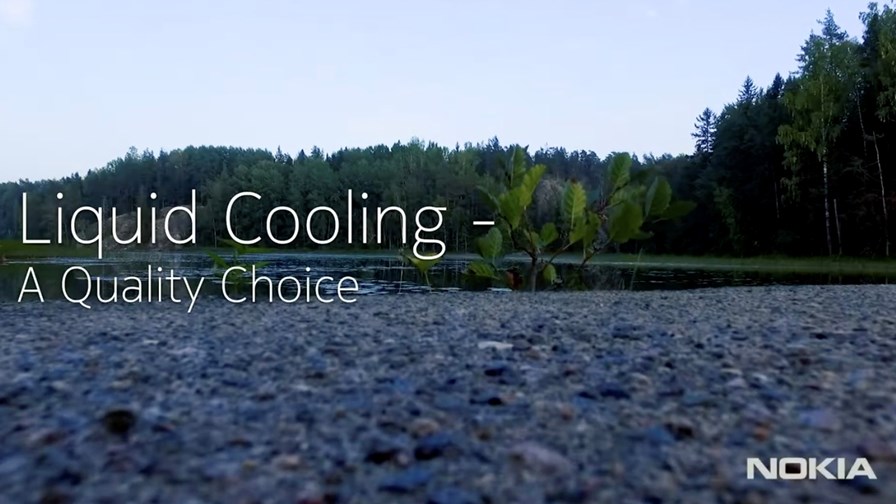 Such a solution is new for KDDI and for Japan, according to Nokia's announcement, but while the technology is still in its infancy it's not brand new for the Finnish vendor, which launched a commercial liquid cooled 5G base station on its home turf just over a year ago.

KDDI has clearly decided to take advantage of Nokia's experience, with the pair carrying out a trial of the vendor's Liquid Cooling AirScale Baseband solution. They're not giving much away about the trial itself, but rather are talking up the environmental benefits of the technology; KDDI in particular appears very keen to highlight its own efforts to combat climate change.

However much of a CSR stunt it might seem, the environmental benefits are, of course, hugely important and very real, if the statistics are anything to go by: Nokia claims the kit supports the reduction of cooling-system-related CO2 emissions by more than 70%.

Cutting back on energy consumption and operating expenses is absolutely key for all mobile operators, particularly as 5G rollouts get underway in earnest. Figures shared by Nokia in December, based on a study it carried out with Telefónica, suggest that 5G networks are as much as 90% more energy-efficient than 4G networks on a per-gigabyte basis, but with data traffic volumes rising, operators will still have to take action to avoid an increase in total energy usage.

Meanwhile, McKinsey analysts at the start of last year put telco energy costs at around 5% of opex, rising to 7% in emerging markets. Data centre costs account for 5%-10% of the total, a figure that will only rise as telcos' need for data centres to deliver services at the edge rises, while the actual cost of power supplies is only going in one direction.

The firm also highlighted massive inefficiencies, with 85% of operators' energy consumption wasted through heat loss in power amplifiers, equipment left idling when no data is being transmitted, and inefficiencies in systems including rectifiers, cooling systems and battery units. And operators still often use air conditioning systems to cool their equipment at mobile sites, accounting for about 30% of the energy consumption at those locations.

Little wonder then, that operators are taking action and vendors are working on innovations such as liquid cooling. "Nokia was the first vendor to introduce this game-changing liquid cooling solution which supports operators in their quest to be more environmentally responsible while allowing them to achieve significant cost savings," said John Lancaster-Lennox, Nokia's head of Japan, in the KDDI announcement.

Nokia claimed a world first when it deployed a commercial 5G liquid cooling solution for Finland's Elisa in June last year. Its liquid cooling 5G AirScale Base Station promises to reduce energy expenses by 30% and CO2 emissions by around 80%, it said at the time: 90% of energy used by base stations is converted to waste heat, but re-using it generates those CO2 reductions, it explained.

It also highlighted some other advantages of liquid cooling systems, such as being smaller, lighter, and quieter, benefits it expanded upon in the KDDI announcement.

"Traditional air-cooling systems are noisy and require regular maintenance such as filter changes and re-gassing, however, Nokia's Liquid Cooling solution is almost maintenance-free and virtually silent, making it ideal for buildings with tenants," it said.

That last point could be particularly important in some of Japan's densely populated urban areas, alongside the significant reduction in emissions.