And now… the Internet of Animals! 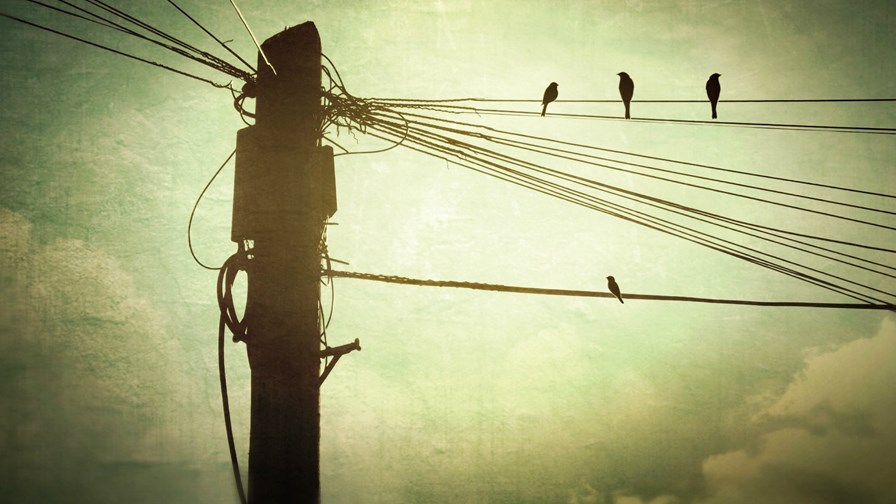 The ICARUS Initiative (International Co-operation for Animal Research Using Space) has been launched - literally. A large antenna and ancillary equipment on board the International Space Station (ISS) will shortly be commissioned and should be of immense benefit to conservationists, naturalists, ecologists, scientists and medics across the world as they monitor and analyse wild animal behaviour and health in the era of climate change and destruction of habitats.

"Bio-logging" (tracking) from space obviously allows surveillance of much bigger geographical areas in greater detail than is possible at the moment and will permit the introduction of new technologies on the ground. ICARUS uses off-the-shelf equipment wherever possible (such as GPS units) and ICARUS technologists have already further miniaturised tracking transmitters that are fitted to wild animals. Because they can be manufactured in far greater numbers than has been possible hitherto, the unit cost per device has fallen dramatically.

That said, they are still not cheap, coming in at about US$500 per device. However, they are small (fingernail size), light, (less than three grammes), robust, sophisticated, solar-powered, have a long operational life and can store and forward 500 Mb of data to a computer, a smartphone or another mobile device. Indeed they can last longer than the life of the animal wearing the device and could even be recovered and reused. It is expected that the price of the bio-loggers will fall further in due course.

Interestingly, (and appealingly) there are plans to provide a publicly available IoA (Internet of Animals) smartphone app that will allow users to track the movements of their favourite elephant, eagle, elk or even eel in almost real-time. Now, that would be a winner.

ICARUS is not the first programmes to track animals by satellite but earlier projects were limited by the constraints of the ARGOS (Advanced Research and Global Observation Satellite) and the sheer size, weight and cost of earlier generations of tracking devices. Indeed, pre-ICARUS tags and bio-loggers were too big and heavy to be attached to 75 per cent of the world's animal species.

The initiative is currently working on the development of a tracker that will weigh less than a single gramme and hopes are high that within a couple of years the devices will be tiny and light enough to be affixed to insects as small as a honey bee. As bee numbers continue to decline, think how hugely important that would be given humanity's dependence on the insects for the pollination of almost all crops.

The ISS orbits a lot closer to the earth than ARGOS and does not overfly the North or South poles. However, it will transpond signals from monitors attached to almost any form of wildlife from just about anywhere else on the planet and the new bio-loggers have been designed with the tracking of a wide range of small animals in mind. What's more, ecologists will be able to add a particular species to a study list making ICARUS an even more dynamic system.

Walter Jetz, is professor of ecology and evolutionary biology at Yale University in the US and his Jetz Lab team is working with the ICARUS project. He says, "The system represents a quantum leap for the study of animal movements and migration and will enable real-time bio-diversity monitoring at a global scale. In the past tracking studies have been limited to, at best, a few dozen simultaneously followed individuals, and the tags were large and readouts costly. This new tracking system has the potential to transform multiple fields of study. We will discover new migration paths, habitat requirements, things about species behaviour that we didn’t even think about."

Pathogens on the move

ICARUS also has application beyond the pure study of wildlife that is potentially even more important. Humanity has been shaken to its core by the global Covid 19 pandemic now convulsing the world and will look with hope to ICARUS for its ability to further understanding of how pathogens carried by animal hosts can interact with and cause viral pandemics across the human population.

It is known that various species, including bats, birds and some mammals (step forward and take a bow please, the pangolins) can carry pathogens that on crossing the species barrier - by whatever means - can cause devastating human illness, mass deaths and consequent economic and even social collapse across the globe.

ICARUS data may well be able to track the migration of animal borne- and/or originating diseases such as Covid 19, avian flu, SARS, MERS, West Nile Virus, Ebola and the Zika virus. Scientists in Germany are already working on a system to measure and track the skin temperatures of ducks in China to get early warning of the next outbreak of avian flu. We know there will be other such epidemics and the sooner we get notice of them the quicker lockdowns and other counter-measures can be imposed.

ICARUS data may be of vital use in tracking the behaviour and movement of animals, including birds, bats, cows, sheep and goats, that are known to change just before an earthquake or volcanic eruption. Currently no-one knows why this happens but it is thought that birds and bats may be able detect tiny movements in the earth's magnetic field in the area when an earthquake or eruption is about to take place.

The behaviour of some ruminant species also changes under similar circumstances and they move to wooded areas where there is more shelter and some scientists think they may be able to detect minute variations in static electricity. Tracking such behaviour might give some hours or even some days early warning that a major event is about to occur.

Another area where ICARUS data will be very useful is in bird migration. In Europe more than a third of migratory songbirds (that's over 420 million of them) have died or disappeared over the past few years and there is scant evidence to show why. It is known that quite a few are netted and eaten as they cross the Sahara or in various parts of Spain and La France Profonde but that can't account for close to half a billion birds. After all, one swallow does not a dinner make, or even much of a light lunch.

So we need a detailed examination of migrations to understand where, when and why the bird numbers are falling so precipitately and the great thing about ICARUSis that it will be able to provide data on individual birds that make up a migratory flock.

Because ICARUS has the potential to track many millions of animals (and even insects) the combined data from a myriad of bio-loggers will be able to provide an enormous mass of data for pattern analysis, which, again, will have implications for the survival not only of animal species but also humankind itself. Times are changing. We have to change with them. ICARUS is an important step on the way.