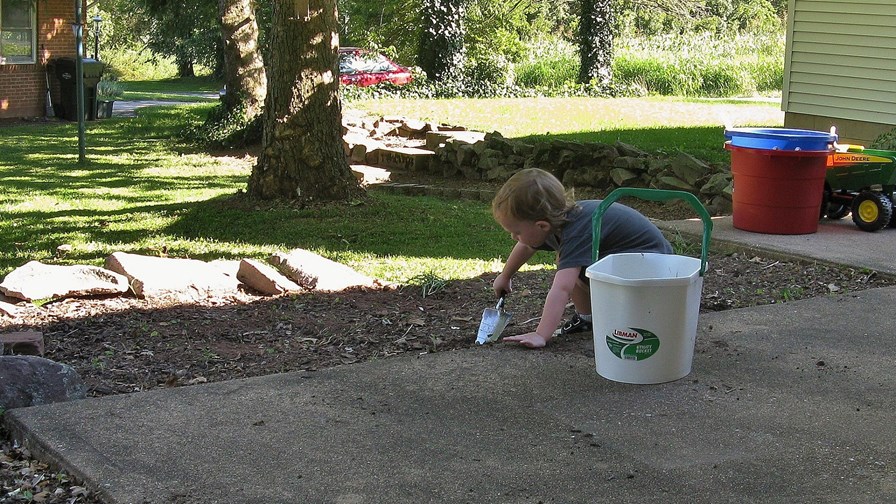 As someone who has exclusively worked from home for the past few years I assumed that little would change for me – in terms of daily routine, at least – under the COVID-19 lockdown in the UK.

Enter Joe Wicks. The fitness coach has raised his profile significantly thanks to a daily 30-minute workout broadcast via YouTube and designed to replace PE sessions for children being homeschooled. Great stuff, and people are lapping it up. Wicks has clocked up around 1 million live views some days.

However, those viewing figures are taking their toll on...well, me, for one. And I'm not talking about the fact that a member of my household has been using his name as an expletive in recent days after destroying his hamstrings while trying join in with the kids.

My broadband connection starts to crawl at 9am most weekdays – admittedly last week was worse than this – as millions wheeze their way through their daily workout...or lay on the sofa and watch their children doing it as the idea of getting fit during lockdown starts to lose its appeal.

Of course, I'm not blaming Joe Wicks for slow broadband. With the sudden spike in homeworking brought about by the pandemic, it's safe to say that the official start of the working day for many is likely to be a busy time for network traffic.

These are exceptional times, and as such I'll refrain from 'blaming' anyone. However, having the option to upgrade to full fibre might help. As it stands, FTTC is the best I can hope for.

As previously documented, a raft of small full fibre companies are digging frenetically in the UK, in some cases filling in coverage gaps and in others overbuilding in areas of high demand. For those companies, the prospect of even greater demand brought about by increased homeworking could be great news, but it's not quite that simple: their ability to continue to build is also threatened by the pandemic.

According to new figures compiled by Point Topic for the Independent Networks Co-operative Association (INCA), independent altnets in the UK increased their full-fibre coverage by 50% last year to pass 1.2 million premises, the majority of which use ultrafast fibre-to-the-premises or home (FTTP/H) and fibre-to-the-building (FTTB) technology. Their take-up rate is just over a third: together they served 366,000 live connections at end-2019, up by 23% on-year.

The Point Topic study predicts that premises passed will double to 2.4 million this year with live connections reaching 804,000, and puts coverage at 15.7 million homes and businesses – with 4.3 million live connections – by the end of 2025, although it notes that there is some double counting in these figures due to network overlap. For context, there are around 30 million households in the UK, judging by the number of coronavirus 'stay at home' letters sent out by the prime minister this month.

"The past year has continued to see strong interest and engagement from the investment community in the UK's independent network sector," the study states. Indeed, £736 million worth of private funding related to the sector was announced in 2019 and at the start of this year, which grows to £936 million if CityFibre's cash acquisition of TalkTalk's FibreNation arm is included. Cumulatively, private investment announcements in the sector now stand at £6.6 billion.

However, the research for the report was undertaken before the coronavirus pandemic kicked in, which casts serious doubt over all its projections.

Indeed, "operators are working hard to run their businesses as close to usual as possible but there are significant concerns about the impact on maintaining and building new networks, undertaking street works and customer installations, as well as other operational issues," the report notes. "Everyone hopes that this situation will be relatively short-lived, but it is likely to have an impact on 2020 build plans."

Already a darling of the investment community, the love for telecoms infrastructure is likely to blossom rather than droop from here on, but for practical reasons, like those outlined above, delays seem highly likely.

But if we can muddle through for now, we could well see a significant increase in fibre uptake. However this pandemic pans out, the shift towards homeworking is here to stay; post-lockdown, businesses will find it increasingly difficult to justify forcing many employees back into the office.