Altnets put a rocket up incumbents in FTTH rollout race 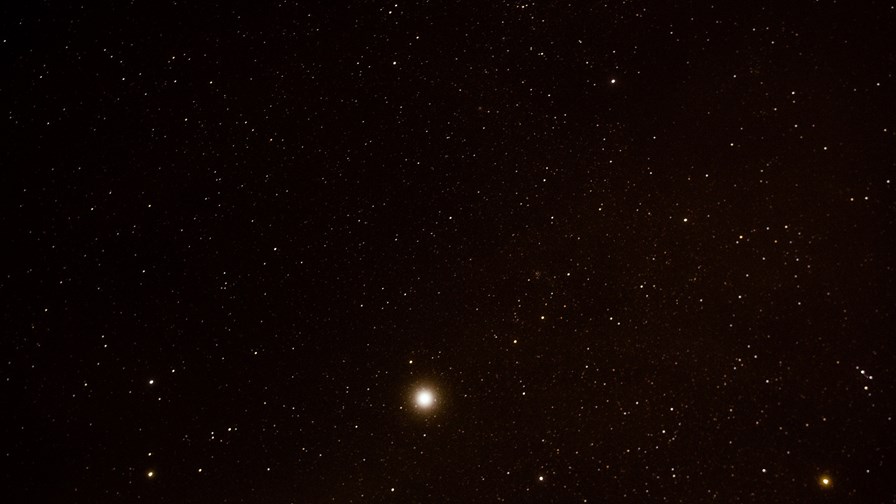 It's not rocket science to suggest that competition drives the rollout and take-up of fibre-to-the-home and building, but it is interesting to see the reality of this in the latest statistics from the FTTH Council Europe, published this week.

In its new ranking of European FTTH/B markets by household penetration, the FTTH Council made special mention of Italy, where network rollout is happening apace. The UK was included in the ranking for the first time, having exceeded the magic 1% penetration mark, and looks set to eclipse the likes of France and Spain in the coming years.

Italy, which ranks towards the bottom of the table with FTTH/B penetration of just 4%, "saw outstanding growth in the number of homes passed," in the year to September 2018, with 1.9 million additional homes covered during the period to reach 6.3 million, an increase of 43%, the FTTH Council said. Coverage is clearly translating to take-up too; the number of homes subscribing to an FTTH service grew by almost 450,000.

The report did not speculate on the reasons behind the growth in Italy, but a quick trawl of the Websites of the country's various network operators reveals myriad press announcements on the roll out of fibre in various communities and municipalities in recent months. Incumbent TIM shares details on each additional town it adds to its fibre infrastructure, as do rivals Open Fiber and Fastweb.

And just last week Open Fiber provided an update on the roll out of fibre to underserved areas via the government's white areas project, which aims to connect 7,635 Italian municipalities. Open Fiber said it had rolled out fibre to more than 1,000 of these by the end of February and committed to starting work in a further 2,000 this year; 850 of the latter will be completed by end-2019.

While the operators are racing one another to roll out their networks – and in some cases cooperating – behind the scenes the government is keen to create a single network operator to serve the whole country. Should that plan come to fruition, would it impact upon Italy's ability to rise up the FTTH/B rankings?

After all, as the FTTH Council pointed out, "in the European region, alternative players are the most involved in FTTH/B expansion," putting their contribution at 55% of the total. "We also see that governments and local authorities are getting more involved in fibre projects, either directly, by signing agreements with telecom players, or via public funds," it said.

There's no hint of a single network in the UK, where a patchwork of fibre network builders are rolling out alternative infrastructure to the likes of Openreach and Virgin Media. The latest to market is Zzoomm, which announced its arrival just last month.

The UK was included in the FTTH ranking for the first time this year, with a penetration rate of 1.3%, 2.28 million homes passed and 369,250 subscriptions. The FTTH Council attributes growth in the UK to efforts by regulator Ofcom to promote investment in FTTH/B.

At present, the UK's figures pale into insignificance compared with other major European economies, but that is all about to change.

Spain, which ranks third in the table, added the most new FTTH/B subscriptions in Europe in the year to September with 1.86 million, while mid-table France came second with 1.48 million.

However, "while Russia is expected to continue leading the ranking for FTTH/B homes passed in 2020 and 2025, it is very interesting to note that the UK is likely to catch up to become second in the ranking in 2025, ahead of France and Spain," the FTTH Council predicts. 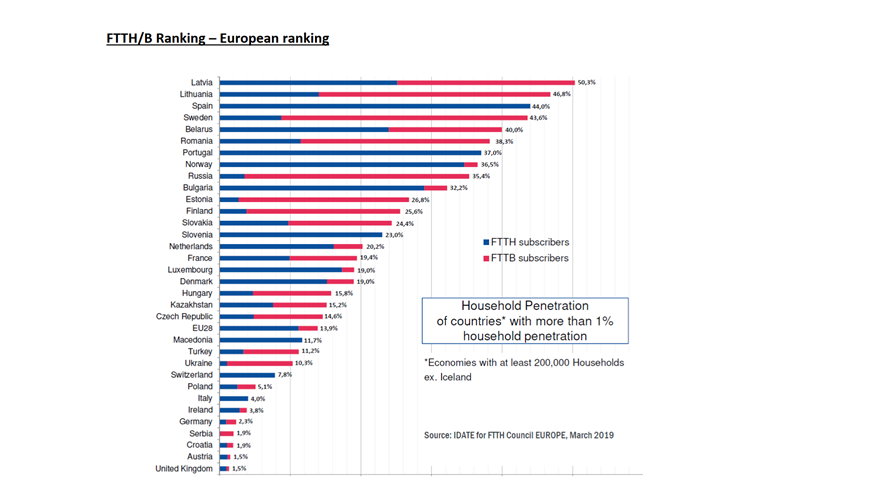