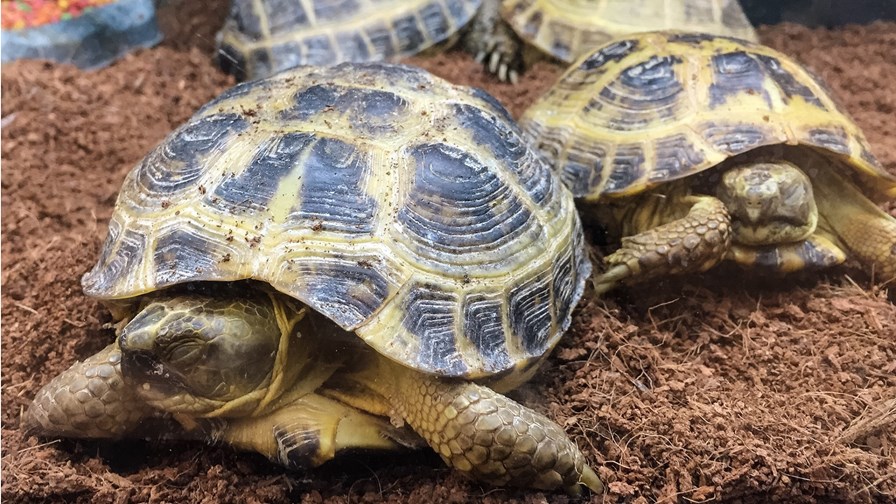 Given the number of players now looking to connect homes and businesses in the UK to full fibre networks you could be forgiven for thinking that the market is really starting to heat up. But actually progress is plodding along at best and the finances look challenging for some of the smaller players.

The latest newcomer made its presence known this week, in the shape of questionably-spelled Zzoomm, a new fibre-to-the-premises (FTTP) operator founded by UK fibre broadband veteran Matthew Hare.

Zzoomm's stated aim is to build and operate full fibre infrastructure in urban and suburban areas of the UK, pending the success of its application to Ofcom for the necessary Code Powers, and – reportedly – financial backing.

"Numerous small towns and suburbs still do not have any plans for full fibre from the network into the properties and are stuck with the pedestrian Internet access speeds that is provided by copper wires," said Zzoomm CEO Hare. "Zzoomm is targeting some of these 4.5 million homes which are still blighted by ageing copper infrastructure."

At this stage the geographic focus of Zzoomm's attentions is not clear. The firm is based in Oxford, but says it will roll out network across the country "through regional operations" that will work with local communities.

There is little doubt that the UK needs all the help it can get when it comes to FTTP. According to Ofcom's latest Connected Nations report, updated in the autumn, around 1.8 million homes and businesses have access to full fibre connections, which equates to just 6% of the total.

But that is not to say there is significant pent-up demand for high-speed broadband in the UK, be it full fibre or not. According to Ofcom, 94% of homes and businesses have access to superfast broadband – with speeds in excess of 30 Mbps, that is – but just 45% of homes subscribe to these services. And BT's Openreach had rolled out FTTP to 893,000 premises by the end of 2018, but just 267,000 of those were actually connected. That's a take-up rate of just shy of 30%, flat compared with the previous year's figure and up from just over 25% at the end of 2016.

Zzoomm will have its work cut out both attracting customers and serving them profitably, even though the new fibre providers in the UK are not all necessarily targeting exactly the same customers.

"I don't doubt the need for full fibre coverage, or the eventual appetite for those speeds, but I struggle to see the need for quite the patchwork of infrastructure builders we now have," Matt Howett, founder and principal analyst at Assembly Research told TelecomTV.

"Scale is important in this game, especially when negotiating with suppliers, which surely puts smaller builders at a disadvantage," he noted. In addition, he warned that there is also recruitment and the training of engineers to build the networks to consider, which is a sizeable part of the cost of deployment. "What is that competing demand for labour going to do to the cost of build?" he asked.

While Zzoomm says it is focusing on areas without an existing FTTP offer, it is still sharing a market with a number of other players, some larger than others, from incumbent Openreach and cable giant Virgin Media to nimbler outfits like Hyperoptic and CityFibre. This excerpt from Ofcom's report gives a snapshot of some of those companies' plans. 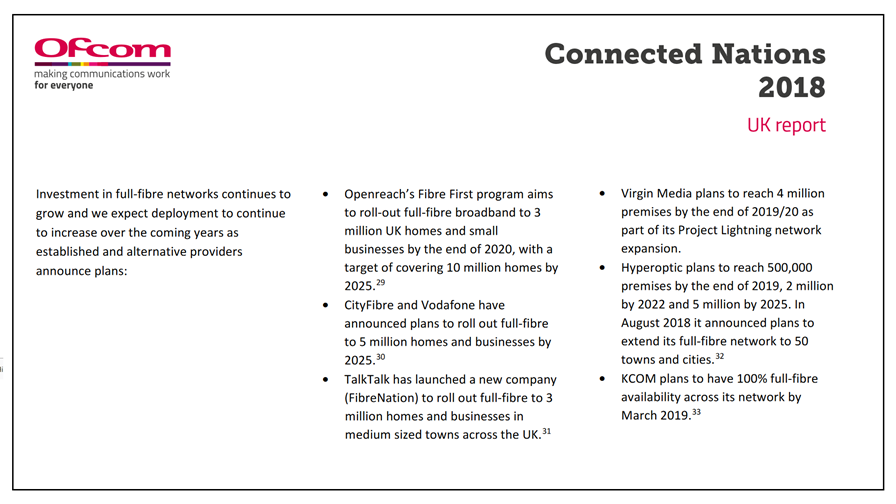 Ofcom's list does not include Gigaclear, Hare's former venture, which targets rural areas of the UK. Hare served as CEO of Gigaclear, which he founded almost a decade ago, until last summer when he left the company following its sale to M&G Investment Management's Infracapital arm.

Separately, in February last year Infracapital agreed terms with TalkTalk to fund 80% of a new independent company that would roll out FTTP in the UK. However, that deal fell apart and when TalkTalk launched the venture, known as FibreNation, in November it said it was holding talks with potential partners, including Infracapital, to determine an appropriate long-term capital structure for the new business. It has had little to say on the matter since and equally has shared little information on the progress of its full fibre plan.

All of which leads us to question just how easy it is to build a profitable business rolling out fibre to the prem in the UK at a time when homeowners are not wholly convinced they want or need it...yet.