Yahoo!: Still in a Yahole! 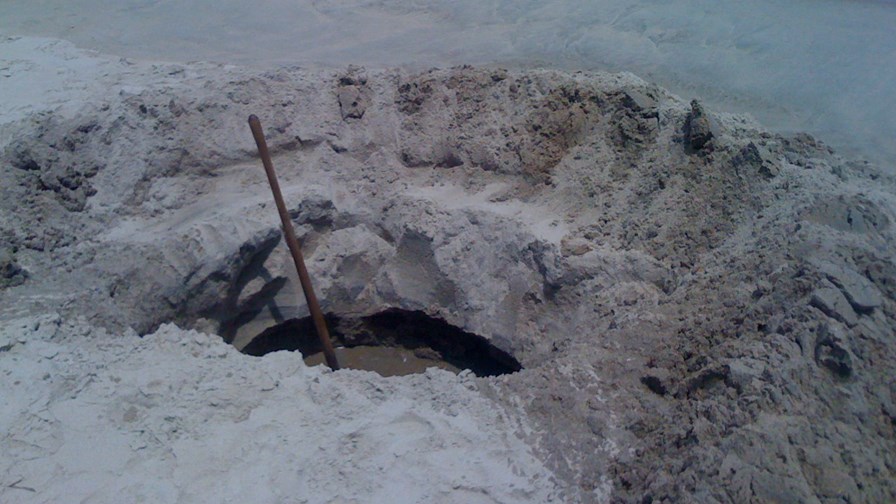 Internet portal company Yahoo's Q2 figures are out. They are a mixed bag and indicate continuing underlying troubles. The company sold 24 per cent more display advertisements as compared to Q2, 2013, but the price per ad also declined by 24 per cent. CEO Marissa Mayer declared herself to be "disappointed". So she should be.

Ms. Mayer said, "Our top priority is revenue growth and, by that measure, we are not satisfied with our Q2 results. Display remains an area of investment and transition. In Q2, we saw display revenue decline, further highlighting the fact that we need to work faster to ameliorate the negative trends". Ah, so, that's the sort of remarkable insight she gets paid so much to exercise.

While display media continued its decline, falling by a full 8 per cent from US$472 million to $436 million, revenue overall decreased by a lesser percentage. It was down 4 per cent year-on-year mainly because of growth in mobile and video advertising. However, it was not enough to stop the rot.

Marissa Mayer believes that there are two root causes of the fall in display ad revenues, neither of which has anything to do with what she referred to as the "traditional PC  display decline across the industry." The first cause was "delayed execution of audience transition to Yahoo Ad Manager Plus"; the second was "unfavorable mix shift", whatever that means.

Once the bad news had been disposed of, the CEO, as usual, enthused mightily about all and sundry and the BS Detoct-o-Meter rapidly shot off the top of the scale. Ms. Mayer says 80 per cent of digital display ad spending will be bought 'programmatically' by 2017, as its 'impending platform' attracts advertisers and publishers. The CEO also believes that "brands have respect for how quickly we've moved the consumer perception of Yahoo". However, no brands were cited during the address as the BS Detect-o-Meter gave a final wheeze and expired in a cloud of over-heated gas.

Basically, Yahoo must get its much-vaunted 'Ad Manager Plus' up and running a quickly as possible, and it is finding that difficult. It's OK though because further down the line, the company is to focus on "tracking the customer journey". It sounds Orwellian and probably will be but Ms. Mayer admits that it will take "many quarters" (that's corporate doublespeak for "years and years") for that to come to fruition. That's 'many quarters' she probably won't have unless Yahoo gets back on track very quickly. Significantly, Yahoo failed to issue an official forecast for Q4 an omission that has analyst's and investors asking "why". What's the betting there's bad news just around the corner?

So excited - about absolutely everything

Since Marissa Mayer took over at Yahoo some 15 months ago, the portal has steadily lost ground to competitors such as Google, Facebook and even Twitter. She has attempted to counter the trend by making a series of rapid (perhaps too rapid) acquisitions, many of them companies in the mobile consumer sector. However after all the usual noises and ballyhoo died away some of them sunk without trace and the silence since has been profound.

And it should always be remembered that Ms. Mayer has had the luxury of having the time and the ability to spend so freely because of the money that has flooded in from Yahoo's interests in the enormously successful Chinese portal, Alibaba.

In a Q&A session after the quarterly results presentation the CEO said "Overall, I'm pleased with the execution of Q3. Then, mixing her metaphors like a woman possessed, she added "We are executing a series of sprints to cause a chain reaction to drive more people to use more services to drive traffic to drive advertising". See, that's where Robert Oppenheimer got it so wrong.

Meanwhile, Ms. Mayer's vision for the next twelve months "is all about mobile - but I'm equally excited about search, mail, communications and media products." In other words, like a pup she's excited about absolutely everything. It must be exhausting to have to work with her. If it wasn't for the "unfavourable mix shift" she would be the first person in history actually to have her cake and eat it too - live at an analyst presentation.

According to statistics published by eMarketer, Yahoo's share of the digital advertising sector (which is worth $140 billion a year and rising) will be just 2.52 per cent this year. To put that in perspective, Google has 31.45 per cent.

According to Ms. Mayer, "Transformation is not a singular event". No, but being shown the door for failing to keep extravagant promises made about saving Yahoo is.