KDDI's diversification strategy is all about customer retention 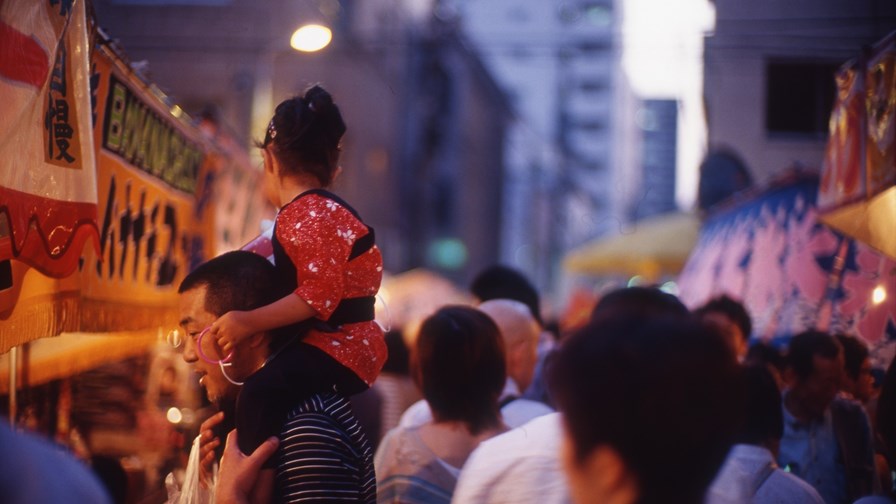 KDDI is marching forward with its plans to branch out into adjacent industries and this week financial services are top of the agenda. But rather than relying on these new business areas to provide a shot in the arm for its bottom line in their own right, the Japanese telco is keen to integrate them with its telecoms operations, which could prove a vital tool as competition in the mobile market starts to heat up.

On Tuesday KDDI announced that it plans to take a 49% stake in online securities company Kabu.com via a 559 yen-per-share tender offer scheduled for April that will cost it around US$800 million, and said it will raise its stake in mobile-focussed online bank Jibun Bank, currently a JV between itself and MUFG Bank, to 63.78% through the issue of 25 billion yen (US$226 million) in new shares. The telco also announced the formation of au Financial Holdings, an entity that will comprise Jibun Bank, soon to be renamed au Jibun Bank, to match the operator's telecoms branding, and four other finance subsidiaries.

Finance is just part of KDDI's diversification strategy, albeit an important one. In the second half of last year it acquired KCJ Group, owner of the KidZania education centres and consolidated energy company Eneres as a subsidiary, and recently announced a connected cars deal with Toyota, in addition to its efforts in areas like e-commerce, video services and the broader IoT space.

Much of market-watchers' attention, in the West at least, has been on KDDI's domestic rival SoftBank and it's high-profile moves outside of telecoms. Like SoftBank, KDDI has a venture capital fund it established as long ago as February 2012, but while SoftBank is starting to look more like a VC business than a telco, KDDI's focus remains squarely on its core business.

Speaking on the company's third quarter results call at the end of January, KDDI President Makoto Takahashi talked up plans to integrate telecoms services with its so-called 'life design' offerings, such as finance, e-commerce and entertainment.

"If customers use...multiple non-telecom life design services that have strong affinity with telecom services, we can increase touch points with our customers and strengthen our customer retention because of the stronger engagement," he said.

Takahashi and his colleagues discussed the revenue and profitability potential of KDDI's various non-telecoms ventures in e-commerce, finance, energy and so forth, making it clear that these are valuable contributors to the company's P&L. However, the discussion always came back to the question of stickiness with mobile customers. "We cannot measure the benefit only in the amount of profit," Takahashi insisted.

Kae Morita, general manager of the life design business, gave insurance as an example, noting that Lifenet Insurance is an affiliate company of KDDI. "When it comes to insurance, we think this is a product where we can build long-term engagement with our customers," he said. Such services make a "great contribution [to] au retention."

Customer retention might not currently seem to be a major problem for Japan's big three mobile operators. All three have reported slow but steady customer growth in recent years in what is a highly-penetrated but stable market.

Leader NTT DoCoMo has seen its market share eroded by less than one percentage point over the past three years, according to figures from the Telecommunication Carriers Association. It served 45% of Japan's 172.6 million mobile customers at the end of 2018; KDDI comes in second with 31%, followed by SoftBank with 24%.

But that could all be set to change. The telcos are under pressure from the government to increase competition and lower prices for consumers, and that is even before the arrival of a new mobile network operator later this year. Last year Reuters quoted Chief Cabinet Secretary Yoshihide Suga as saying that the established players could – and should – cut prices by as much as 40%.

DoCoMo responded in the autumn with the revelation that it will introduce new plans from the April-June quarter that will come in 20%-40% lower. KDDI insists it already offers similar plans at a broadly similar price level, if not lower, and will wait until DoCoMo actually shares the details of its new offers before responding. That aside, KDDI pointed to a "worsening...competitive environment" in its Q3 numbers, which saw a 3,7% decline in operating income to 261.3 billion yen (US$2.4 billion) in the three months to the end of December.

The government gave Japanese e-commerce company Rakuten, which currently operates as an MVNO on NTT DoCoMo's network, the go-ahead to roll out a 4G mobile network of its own last spring. This week it confirmed that it is on track to launch services in October.

As part of the preparations for launch, Rakuten on Tuesday approved the split out of its MVNO business as Rakuten Mobile Network Inc, effective in April. It also announced that it has carried out the first real-world tests of its virtualised, cloud-native mobile network in Tokyo, while Nokia revealed that it will supply its CloudRAN and other related technologies for the network.

It is a big ask for a newcomer to disrupt the status quo in a market like Japan, but if anyone can do it, Rakuten can.

In just over 20 years Rakuten has transformed itself from an online marketplace to a provider of e-commerce, fintech, digital content services and more to 1.2 billion members globally. It has the financial clout and strong brand and distribution capabilities to launch a successful mobile network operator.

Last year KDDI brokered a deal with Rakuten that will see it provide network roaming services for the new operator while gaining access to Rakuten's payments and logistics infrastructure to boost its own non-telecom businesses. That deal will go a long way towards mitigating the impact of a new market entrant, although it will do little to help KDDI avoid being sucked into any price war that may ensue, especially with the government firmly backing lower prices.

However, the threat of additional competition just lends credence to KDDI's strategy of integrating its financial and lifestyle services with telecoms. The telco is building itself a strong foundation for the future.

KDDI has progressed further on the digital transformation journey than most of the world's telcos.

"The key phrase to achieving my vision of what KDDI should become is the integration of telecommunications and life design. With telecommunications – the foundation of our business – at the core, we will build a layer of life design services essential to our customers' lives, including in commerce, finance, energy, entertainment and education. Further, we will accelerate efforts to provide new experience value utilizing a variety of technologies, including IoT, for which momentum is gathering, as well as next-generation mobile telecommunications systems (5G)."

KDDI has a clear digital strategy and is delivering on it. While many telecoms operators talk a good game when it comes to creating stickiness with value-added services and lifestyle offerings, KDDI is actually doing it, and it is making these services an integral part of its telecoms business. It is rolling out digital services, buying companies that offer the right services, and partnering with companies that can offer it the capabilities it needs to make the transition from traditional telco to digital services provider.

In fact, you could argue that KDDI has been a digital telco for some time; its involvement in providing energy services, insurance, mortgages, commerce and so forth date back several years. Further, its biggest operating unit – Personal Services – encompasses not just fixed and mobile services for consumers and handset sales, but also energy services and payments. Personal Services was the strongest contributor to impressive growth in revenue, operating income and net profit in the most recent full financial year, although the Life Design segment was the fastest-growing in revenue terms.

KDDI's peers elsewhere in the world would do well to emulate its approach.

Global spending on big data and analytics will reach $215.7 billion in 2021 says IDC