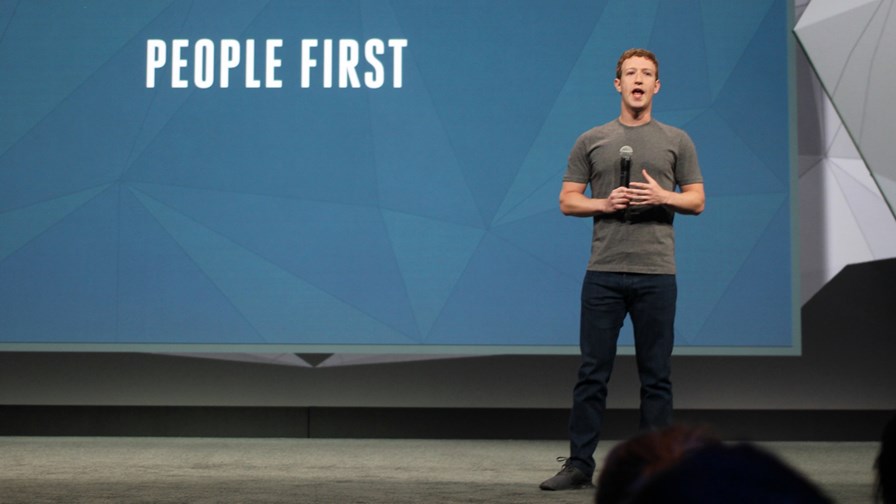 'There must be a catch' has become the predictable, swift and justified reaction to any Facebook launch that seems to run counter to the social networking giant's own interests.

This time round we're all hunting for the catch in Facebook's new Off-Facebook Activity tools. These will let users view and control how their data is shared between Facebook and third-party apps and Websites that use this data as the basis for targeted ads. Users will also have the option of deleting any data that has been shared.

To emphasise the point that Off-Facebook Activity controls is definitely a case of Facebook dragging itself vaguely towards the moral high ground, Facebook product manager Stephanie Max told the Associated Press that "we do think this could have an impact on our revenue."

But still, what's the catch?

"Most people don't know that Facebook sees this kind of data and offering this tool will educate more people about this. This will allow more people to file complaints about Websites and apps that are collecting and sending data illegally," said Frederike Kaltheuner, corporate exploitation programme lead at advocacy group Privacy International, in an email to TelecomTV.

"However," she said (see, there's always a 'however moment' when Facebook is the story). "If Facebook is serious about privacy, they should configure the tools and products that apps and Websites use in such a way that they don't automatically leak data."

Off-Facebook Activity will roll out initially in Ireland, South Korea, and Spain. Nothing unusual there, officer; just some random markets. Honest.

Well, let's just have a quick check anyway, shall we?

Facebook's plan to integrate Facebook, WhatsApp and Instagram is being investigated by Ireland's Data Protection Commissioner (DPC) – on behalf of the EU – on grounds that it could give rise to data protection concerns. In early 2019, the DPC sought an urgent briefing with Facebook to ensure that "all such concerns will be fully taken into account."

Facebook in May sued South Korean analytics company Rankwave, alleging that it mishandled its users' data as a means of offering consultancy services to advertisers, which has echoes of the Cambridge Analytica scandal. Meanwhile, last year, the Korea Communications Commission (KCC) launched an investigation into Facebook and other messaging apps over their data collection practices. South Korea has data protection rules that are similar to the EU's GDPR.

Finally, Spain has no problem holding Facebook's feet to the fire. In 2017, the Spanish Data Protection Agency (AEPD) fined Facebook €1.2 million for collecting personal data from consumers without obtaining their explicit consent. This was before Spain implemented GDPR. When it finally did, it went above and beyond the standard GDPR rules and established a charter of digital rights, including the right to data portability in social media and the right to be removed from Internet and social media search results.

So, perhaps Off-Facebook Activity is not being rolled out in some random selection of countries after all.

In addition to the above-named markets, Facebook might also be keen for US authorities to notice its pro-privacy moves, following its $5 billion privacy settlement with the Federal Trade Commission (FTC), and given the antitrust investigation into the power of big tech.

In other social media-related news, Twitter has earned plaudits for blocking hundreds of thousands of accounts, originating from China, that were trying to sow political discord in Hong Kong, which is experiencing huge protests directed at the government.

"Based on our intensive investigations, we have reliable evidence to support that this is a coordinated state-backed operation. Specifically, we identified large clusters of accounts behaving in a coordinated manner to amplify messages related to the Hong Kong protests."

Good for you, Twitter. Now, what about all the other coordinated misinformation campaigns being directed by non-state-backed groups of white supremacists, angry incels, NRA-sponsored gun-nuts, anti-vaxxers and the like?

Surely Twitter didn't only go after the anti-Hong Kong protester accounts because Twitter is already banned in China, and therefore any repercussions wouldn't damage its financials?

In addition to cracking down on users living in a country where it doesn't operate, Twitter has also announced it will no longer run adverts from any state-controlled media. It will still allow them to Tweet, of course, which has similarities to advertising in many significant ways, but they won't be allowed to serve paid-for ads.

It's better than nothing. But not much better.