Is NFV a slowcoach? And ‘ecosystems’, where are they going? 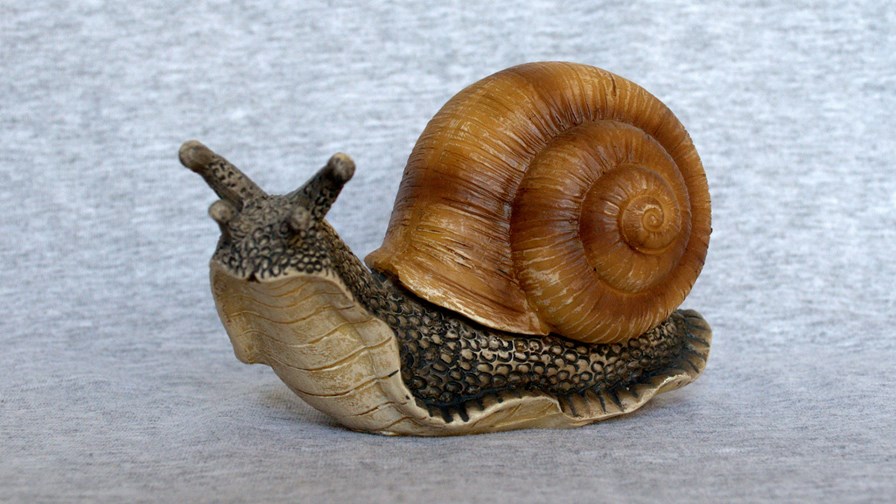 Way, way back. In the mists of time (early 2013) TelecomTV held what was probably our first NFV panel session - a mix of ‘big’ vendor representatives and major telco executives lined up to  offer input. The new NFV idea was lauded, the prospects were held to be good, and the technical road ahead was deemed complex and challenging.

One phrase has stuck in mind. A ‘big’ telco representative said to the vendors present, with a hard stare and just a hint of menace: “We need you guys to play nice”.

That summed it up. This was not just a new technology thing. If it was going to work it needed a new, open spirit of cooperation amongst the players.

Would the vendors play ball, or would they just appear to play ball and maybe just hold back a teeny-weeny bit on the openness front?

Perhaps three years on is the time to ask the question.

Which Martyn Warwick did at ETSI NFV meeting 13, held last month in Dublin Ireland. In fact he asked two questions.

Is NFV going too slowly in terms of deployments?

How has the oft-expressed concept of the ‘ecosystem’ panned out and does it need a rethink?

The first question first. It all depends on your starting point.

According to the Chairman of ETSI NFV ISG, Steven Wright, it’s a relative thing. For some it is too slow, for others it is very fast. It depends on where you are looking from.  Steven thinks, on the contrary, that the global industry is responding with alacrity and enthusiasm. Yes, he would say that but he’s not alone.

Diego Lopez, Head of Technology Exploration at Telefonica I+D’s Global CTO Unit, points out that big changes must have a price and we are learning that speed, in some circumstances, may be part of it.  If there are complaints about delay he says, it’s probably because vendors are not providing the right things… you can expect some delay , he says,  it’s part of the normal development of technologies.

Bruno Chatras, Senior Standardisation Manager at Orange says it may be taking longer than some people expected but it “has not been slower than I expected because it’s a huge transformation, so it’s not a surprise to me,” he says.  “We are on the right track with the right timing I think."

Bruno thinks that the perception that NFV might be too slow, could be due to the fact that some vendors have oversold the technology, but this happens almost every time you have a new technology, he points out.

True, at every stage in the evolution of the telecoms network there have been pushers, pullers and prophets of doom (it’s all going to cost more than its worth) on one side and accusations of foot dragging and missed opportunity on the other.

According to Bruno, ecosystems (plural) have so far been structured around one big vendor with many ‘satellites’. The gravity-creating big vendor pulls in specialist software providers and tests and validates their virtual network functions (VNFs) which can then all be ‘onboarded’ and, with others, be offered as an integrated solution.

So at the early stage of the market this approach works well, says Bruno. It means a service provider can start with a partial NFV solution and get experience.

But, he points out, it’s just one step.  “It’s not [ultimately] what we need. I think what service providers are expecting is a wider ecosystem that will be truly open, with more than one big vendor in it. To get there he thinks vendors need to engage wholeheartedly with open source.

Diego also detects some “additional points of friction“ between vendors and service providers. “When you start talking about things that are based on software, you, as a software provider, can say, ‘instead of selling this to a provider, I will provide this as a service.’  The temptation is there, he says. It’s not happening as a general rule, but everything is becoming more fluid.

Jim Smith, Head of Strategic Marketing at Cobham Wireless thinks it would be too aggressive to say we should be further ahead than we are.  “We are seeing signs of a migration but in a phased way: all the carriers have aggressive plans, but some haven't fully adopted the open environment. In any case Jim senses movement this year from some ‘greenfield deployments’ like virtual evolved packet core and virtual CPE. The implication is that If the big telcos don’t move, then the cost and agility benefits are such that new entrants will.

ETSI's ZSM ISG: From concept to reality in under a year