What’s up with… NTT and VMware, VMO2, Apple, Ericsson and Nokia 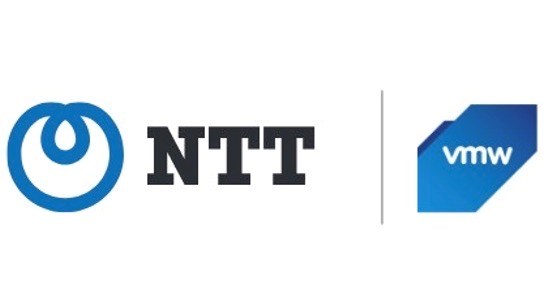 In today’s industry news roundup: NTT teams up with VMware to make edge services, including private 5G, more palatable for enterprises; Virgin Media O2 adds Open RAN sites to its commercial network; Apple is eating itself over a disastrous work from home plan; Ericsson and Nokia get ready to switch off the office lights in Russia: and much more!

NTT has teamed up with VMware and Intel to launch Edge-as-a-Service, a managed edge compute platform that is based on VMware’s Edge Compute Stack system and which includes NTT’s private 5G networking functions and applications. “Combining Edge and Private 5G is a game changer for our customers and the entire industry, and we are making it available today,” stated Shahid Ahmed, group EVP and CEO of the New Ventures and Innovation unit at NTT, who spoke with TelecomTV about the private 5G market earlier this year during MWC22. “The combination of NTT and VMware’s Edge Compute Stack and Private 5G delivers a unique solution that will drive powerful outcomes for enterprises eager to optimise the performance and cost efficiencies of critical applications at the network edge. Minimum latency, maximum processing power, and global coverage are exactly what enterprises need to accelerate their unique digital transformation journeys.” The Edge-as-a-Service offer is available across NTT’s international footprint: For further details, see this press release.

Virgin Media O2 is the latest UK mobile operator to add Open RAN sites to its commercial network following successful trials with NEC and Rakuten Symphony. “The successful activation of Virgin Media O2's first UK macro-sites demonstrates the potential of the multi-vendor Open RAN model”, noted Jeanie York, CTO at Virgin Media O2. “We are strong believers in the power of diverse Open RAN ecosystems, and in NEC, we have a partner that really shares our view. Its industry-leading system integration capabilities are integral in helping us deliver the mobile networks of the future, today", she added. It’s not clear how many Open RAN-enabled sites have been switched on initially, or what services they are supporting, but we hope to add further details soon… For more on the Virgin Media O2 development, see this press release. At the start of this year, Vodafone announced it had added an Open RAN-enabled site to its UK 5G network as the opening gambit in its UK Open RAN rollout, about which we should be hearing more soon.

Apple is still in a stew over its return-to-office plan as it prepares to show off its traditional autumnal clutch of new iPhones. MacRumors claims Apple is limbering up to launch no fewer than four new iPhones on 7 September, all sporting a dizzying array of improved features (of course), but the question is: Will there be a full complement of motivated staff beavering away in the background (or at home) to ensure that Apple’s launch schedule runs smoothly? Unbelievably, management and employees still appear to be horns locked over the return-to-office plan first announced in June 2021: The timetable was subsequently modified as the date for a phased introduction of a hybrid work ‘pilot’ kept being postponed as modifications were made to the plan and the Covid-19 virus kept coming up with new variants. At one point, an independent staff survey maintained that four out of five Apple professionals were considering looking for another job… it seems a show-down is looming. As things now stand, Apple says it will impose two set days-per-week for working in the office instead of the three originally mooted, with another ‘unset’ office working day to be decided by the teams. According to CEO Tim Cook in a staff communication, those “participating in the pilot will come to the office three days each week with Tuesday and Thursday as set days across the company, but now the third day you come in will be decided by your teams. Each team will work through the decision about which day is right for them, and you’ll hear from your leaders soon. Depending on your role, you will also have the option to work remotely for up to four weeks a year.” However, this reworked plan looks unlikely to satisfy the Apple workers as its peers appear to be giving their technology people much more home working flexibility than Apple seems prepared to yield. More trouble at t'mill' probably beckons.

Major mobile networking equipment vendors Ericsson and Nokia have started the process of closing their operations in Russia and exiting the country for good, according to local reports. Both companies suspended their business operations in Russia shortly after the invasion of Ukraine and now, according to this report from Alarabiya News, both companies will exit Russia by the end of 2022. The move leaves Russian mobile operators Beeline (Veon), Megafon, MTS and Tele2 (Rostelecom) without the support of two important suppliers and relying instead on local or, more likely, Chinese alternative suppliers.

One of the companies likely to benefit from the mass exodus of other vendors from the Russian market is Chinese network equipment and device manufacturer ZTE, which has just announced a 12.7% year on year increase in revenues for the first half of the year. The company said all three main business lines – carrier networks, government and enterprise, and consumer (devices, including smartphones) – reported double-digit sales growth. Like its domestic rival Huawei, much of its business is driven from customers in China: During the first six months of this year, almost 68% of total revenues were generated in ZTE’s domestic market. For further details, see this press release.

Commitments to innovative ways of reducing energy consumption seem to be gaining traction across major European telcos. Following an initial test at a Deutsche Telekom lab, a solution by Israeli fuel cell specialist GenCell has now been tested at a Vodafone site. In a statement, Vodafone unveiled it has trialled the Israeli company’s FOX low temperature alkaline fuel cell at a rural mobile site in Romania. Results from the field test, which lasted for six weeks, have shown the system (which uses liquid ammonia to generate power) operated “reliably, providing required power output through the test period. Power generation happened autonomously and required minimal intervention from GenCell engineers on site”. It has also partnered with solar technology provider Simtel for the purpose of the test. According to the telco group, the benefits of liquid ammonia, compared to hydrogen and methanol for instance, include easier transportation and storage, as well as its carbon-free properties. In a separate statement, GenCell noted that once its solutions demonstrate “resilient and reliable performance”, Vodafone will showcase it to different business units. The company’s CEO Rami Reshef hailed uptake in interest from European telcos as regional regulations on carbon emissions “are tightening”. Find out more.

The O-RAN Alliance is in search of a new head honcho as today (30 August) marks the final day of the chairmanship of Andre Fuetsch, who relinquishes the post as he steps down as network chief technology officer at AT&T. As a founding member, the US operator will retain a seat on the O-RAN Alliance board, but its representative is yet to be named. And while the Alliance goes through the process of naming a new chair, Alex Jinsung Choi, Chief Operating Officer of the O-RAN Alliance and SVP of Strategy and Technology Innovation at Deutsche Telekom, steps in as interim chairman. “Under Andre’s leadership, O-RAN has grown to a well-respected body changing the paradigm of Radio Access Networks towards openness, intelligence and innovation,” noted Choi in this announcement. “Many thanks to Andre for his chairmanship in the past four years and lots of success in his next career and personal life.”

The saga of billionaire Elon Musk’s attempt to abandon his proposed $44bn takeover of Twitter keeps rolling and it might be a while until it reaches a form of resolution. Reuters reported that Musk has added a complaint from Peiter Zatko, former security head at Twitter, to his reasons to terminate the deal. According to the report, Zatko had stated that Twitter was focused on user growth instead of reducing spam, and alleged the company of false claims on having a rock-hard security plan. In addition, Zatko has been subpoenaed by Musk to provide information on the way Twitter measures spam on its service. A court trial is set to start on 17 October in the US.