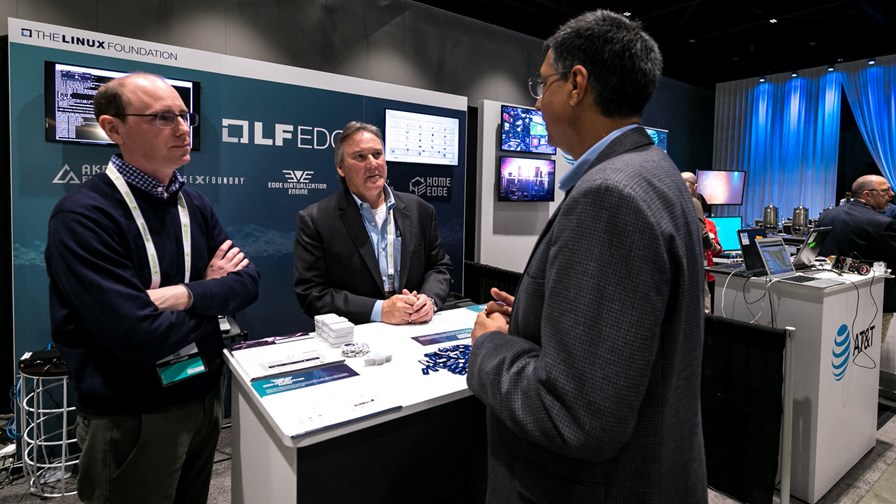 Forget the expanding universe, for telcos it is all about the ever-expanding network edge, which just got a little bit bigger yesterday with the news that the Akraino open source project has published its first software release. Although it was only launched in February 2018, Akraino had a rich pedigree with seed code from AT&T and has enjoyed plenty of support during its short time under the Linux Foundation’s LF Edge umbrella.

Akraino Edge Stack, to give the project its full name, is focused on creating an open source software stack that supports a high-availability cloud stack optimised for edge computing systems and applications. It is being designed to improve the state of edge cloud infrastructure for enterprise edge, OTT edge, as well as telecoms edge networks. The project promises to give users new levels of flexibility to scale their edge cloud services quickly, to maximise the applications and functions supported at the edge, and to help ensure the reliability of critical systems.

“Akraino Release 1 represents the first milestone towards creation of a much-needed common framework for edge solutions that address a diverse set of edge use cases,” said Arpit Joshipura, general manager, Networking, Automation, Edge and IoT, the Linux Foundation. “With the support of experts from all across the industry, we are paving the way to enable and support future technology at the edge.”

Turning the clock back by just over a year, Mazin Gilbert, VP of Advanced Technology at AT&T Labs, said that “Akraino Edge Stack, coupled with ONAP and OpenStack, will help to accelerate progress towards development of next-generation, network-based edge services, fuelling a new ecosystem of applications for 5G and IoT.”

After navigating the necessary governance and structural processes to become a project under the recently announced LF Edge, it has now been able to publish its first public documentation. LF Edge says Akraino R1 delivers a deployable and fully functional edge stack for edge use cases ranging from Industrial IoT, Telco 5G Core & vRAN, uCPE, SD-WAN, edge media processing and carrier edge media processing. It is currently comprised of 11 blueprint families with over 19 specific blueprints under development to support a variety of edge use cases. The community is testing and validating these blueprints on real hardware labs supported by users and community members.

Here’s a breakdown of six of what it says are “ready and proven” blueprints:

“We are encouraged by the progress of the efforts in the Akraino project and we will continue to support its continued evolution and progress in the project as well as through our related contributions to VCO with OPNFV, and our continued efforts to make NFVi manageable at the network edge,” said Tom Nadeau, Technical Director, NFV, RedHat.

Meanwhile, the Akraino community is already planning R2, which will include both new blueprints and enhancements to existing blueprints, tools for automated blueprint validations, defined edge APIs, and new community lab hardware.