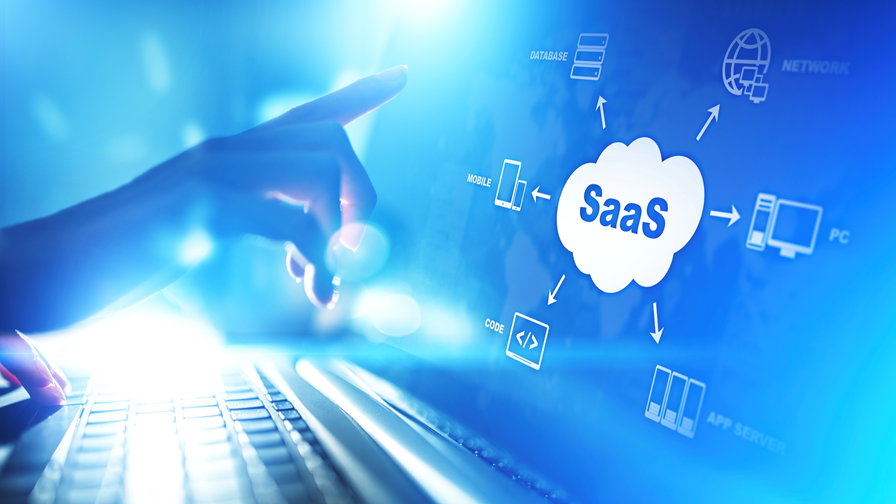 Software-as-a-service (SaaS), under different labels, has been around for some time. Readers may remember the emergence of the ASP (Application Service Provider) in the early part of this century, which involved the provision of applications via the Internet. It was, and is, the same general concept as SaaS, but it turned out that, with the paint still drying on the “this way to the Internet” signs, the ASP market didn’t catch fire immediately but steadily evolved as the internet and its supporting software gained on performance and functionality. As a result, SaaS today packs in a range of strengths and capabilities that have made it an increasingly popular business model or delivery framework for many users and providers. Many believe that eventually most, if not all, of what we now understand as enterprise applications, will be delivered as SaaS.

What advantage is won by a move to SaaS?

One advantage is that SaaS apps are designed to be pretty-much swallowed whole without the messy and time-consuming integration or adaptation traditionally associated with enterprise software, a process deployed by telcos especially. Such tinkering increases the costs of adoption and slows ‘time to value’ (the user isn’t making use of it while the re-coding is taking place, for one thing). Demanding that enterprise software be customized is a well-known telco vice, but it opened a world of pain when it came to software updates.

The relative immutability of SaaS is therefore celebrated as a way of instilling ‘best practice’, with the provider taking care to ensure its software application embodies better practices than its competitors’ offerings. But there is still important wriggle-room for configuration.

Hamdy Farid, Nokia’s Senior Vice President, Business Applications, and a panelist on TTV’s The economic case for Telecom SaaS, says Nokia’s SaaS product features pluggable customization (“no code”) in the next generation of the product. “This is how I can satisfy most of the local telco market adaptation - using configuration on the system,” he says. “You don’t need to wait 6 to 12 months for your software to be customized and changed.”

For the user, SaaS should mean never having to worry about software updates. As Farid says, the big change is a sort of emotional one. “Service providers are used to having the critical product sitting in their own data centres, where they can touch it and feel it and they have a team which supports it.” So one of the challenges with having a SaaS, he says, is finding enthusiasm for “consuming the value rather than owning the product.”

Underpinning the SaaS advantages is the steady maturity of many of the world’s applications, which tend to be well-understood and may require only minor changes as time goes on. As a mass market example, think of PC word processing. For the first decade or so (in the 1980s) these tended to change and develop at a fairly hectic pace. The last 10 years has seen far less change, making them ideal candidates for the SaaS treatment.

Speed to repair should be a big advantage with SaaS, especially if the provider is both the access provider and is hosting the software at its edge. This is the old “one throat to choke” advantage for when things go wrong.

“Also SaaS offerings are effectively being operated for you,” says Analysys Mason Research Director Justin Van Der Lande, “so all the testing and optimisation is done for you and doesn’t need any further investment on the part of the customer to get it all up and running.“

So what about the telcos?

Like providers in other verticals, telcos can be both SaaS consumers and SaaS deliverers to their own customers. Because SaaS necessarily juggles with the conventions and practices embedded from decades of working with on-premises corporate software and operational processes developed originally for a different age, familiarity with both ends of the pipeline probably enhances telcos’ ability to understand and negotiate the ‘cultural’ changes necessary to make a good fist of what is a radically different application and business model.

In TelecomTV’s recent discussion, The economic case for Telecom SaaS, it was emphasised how the transition needed care to avoid ‘toe stubbings’. The general advice for telcos was to take SaaS in increments once it was decided to go with it for the long term, and to understand that one of its advantages is that applications can be adopted on a trial basis with little or no up-front cost. SaaS is usually charged against resource consumption as are other cloud or data centre-based applications.

That means costs may ’look’ higher for SaaS over the longer term, but panelists were keen to point out that the model tends to transfer much or all of the operational costs to the provider that under a conventional software arrangement would have fallen on the users. In many ways the SaaS provider can be the intermediary between cloud complexity and the user.

What telco applications are SaaS targets?

The experts tend to cite business and operational support systems (BSS and OSS), which have long been regarded as conferring competitive advantage but which in reality don’t. They are clearly crucial, however, and telcos tend to spend a lot on them, so migrating these to SaaS, a process already under way, is seen as a useful and inevitable outcome.

What about telcos acting as SaaS providers for their own customers?

Telecom service providers find content services - including applications - something of a struggle, a perception that has not been eased following AT&T’s withdrawal from its huge investment in US TV last year. For many territories that seems unlikely to change, but:

“Depending where they are, people take different views of telecom operators. In some parts of the world they are highly thought of and viewed as being very stable, and as an IT provider on top of telecoms services there may be scope,” says Analysys Mason’s Van Der Lande. In those happy circumstances, he suggests, the potential for telcos to offer SaaS applications to customers looks promising. And edge computing could see SaaS delivering very low latency apps, with consumer gaming and industrial process control seen as areas of potential.

But van der Lande is also cautious on the basis that the SaaS market will be highly contested and therefore mostly low margin, with cloud providers in particular keen to pitch for some of the action.

There is the looming opportunity of providing low-latency functions for 5G, but this opportunity is still unclear and in many cases, some way off.