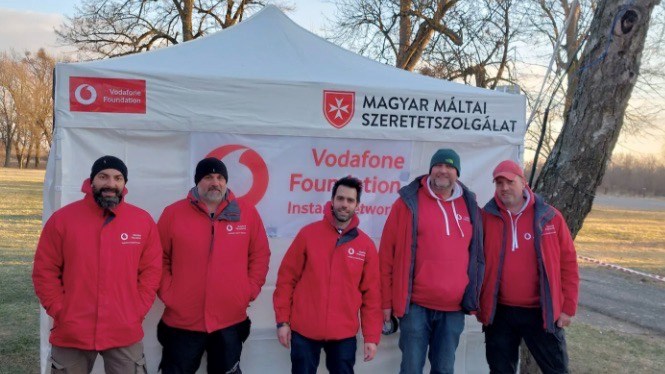 Ongoing industry support for Ukraine, Meta hits a speed bump as environmental campaigners score a temporary victory in the Netherlands, and patching up mobile coverage in Germany are the lead topics in today’s industry roundup.

Efforts to help with the crisis stemming from the conflict between Russia and Ukraine continue to be front of mind for major players in the telecoms sector. Vodafone Group says a team of Vodafone Foundation’s Instant Network Emergency Response volunteers from its units in the UK, Greece, Hungary, the Netherlands (Vodafone Ziggo), Romania and Portugal is working to provide Instant Charge units and connectivity for the growing number of Ukrainian refugees arriving at the borders of Romania and Hungary. Sites for immediate charging have been established across stations and other locations in the two countries, a Wi-Fi unit has been deployed in Hungary, and the team in Romania is exploring similar options. See more here.

Telefónica also highlighted recent action towards helping Ukrainians, touting that its foundation has mobilised more than 100 volunteers who collected six tonnes of necessities within eight days. As part of the initiative, collection points have been set up in seven areas in Madrid so that people can donate products needed by those affected by the war. You can learn more about the operator’s campaign here.

Plans put forward by Meta (FKA Facebook) to build a new giant data centre in The Netherlands has been at least temporarily thwarted following a campaign by a small political party in the region of Zeewolde, reports Bloomberg. The efforts of the Leefbaar Zeewolde party were rewarded this week when the Dutch Senate supported a proposal to request that Prime Minister Mark Rutte halts Meta’s project until a national policy on data centres has been developed. The final result could still go in Meta’s favour, of course, especially as it is lobbying for approval using the ‘jobs creation’ and ‘environmentally sustainable’ arguments, but this shows that the big guns don’t always get their own way these days, especially when environmental concerns are raised. For further background, see our earlier article from January, Dutch have the courage to withstand Meta’s arrogant mega-data centre demands.

Vodafone Deutschland and Deutsche Telekom have been making good progress in dealing with mobile coverage ‘gray areas’ in Germany, according to Vodafone, which reports that the duo have jointly eradicated 2,000 areas where 4G/LTE service was not available as a result of the network sharing agreement they struck last year. This leaves them with just 1,000 gray areas to go, with Vodafone stating that many of these will be dealt with by this summer. Read more (in German).

Those in the industry hoping that Huawei will just go away are in for a very long and frustrating time. Not only is the beleaguered Chinese vendor still the largest global supplier of telecoms equipment, is continues to win new business (and not just in China). Its latest is an expanded relationship with Zain, which has turned to Huawei to help with its 5G deployments. Zain is no minnow – it has about 50 million customers across multiple markets in the Middle East and an annual turnover of $5 billion, so this is the kind of deal that multiple vendors would have been chasing. Read more.

We noted yesterday that OneWeb, the LEO satellite company partially-owned by the UK government, is now back on track for its satellite launches following an agreement with SpaceX, but it’s been busy building other industry relationships too… It has struck a global, multi-year Distribution Partnership Agreement (DPA) that will see Eutelsat Communications, the GEO satellite firm that is OneWeb’s second largest investor, “commercialise OneWeb services across key verticals including Maritime, Aviation, Enterprise, Telcos and Government.” Read more about that here.

And in Australia, national telco Telstra is to build and maintain three new dedicated teleports across the country to provide satellite gateway services for OneWeb in the Southern Hemisphere. For more on that, see this press release.