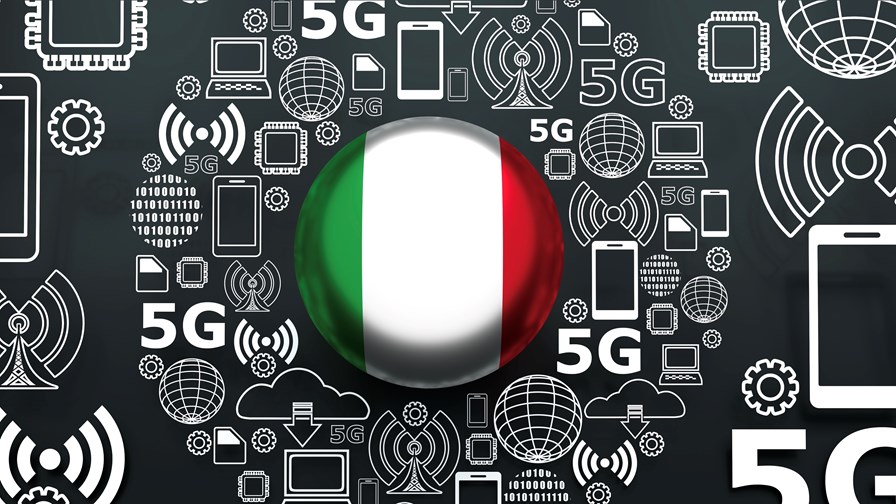 5G developments in Italy and Belgium, and a helping hand for OneWeb from Elon Musk's SpaceX top today's pile of news niblets.

In Italy, Infratel, a unit within the country’s Ministry of Economic Development, has issued two tenders worth €2 billion for the construction of 5G networks in areas that won’t be reached by the commercial mobile operators. The tenders cover the deployment of 5G sites in 2,000 areas of Italy and for building out the optical transport network needed to interconnect 10,000 mobile sites. Infratel believes the funds available will cover 90% of the total cost of the expected rollouts. But time is tight: Bidders, which can pitch individually or in partnerships, have only until 27 April to respond to the tender documents. To find out more, see this announcement (in Italian).

Five companies have been deemed eligible for Belgium’s upcoming auction of 5G spectrum in June. The country’s regulator, BIPT, hasn’t named them but has said previously that it aims to encourage a fourth operator to compete with the three incumbents – Proximus, Orange and Telenet – in the country’s 5G services market.

After satellite company OneWeb, which is partially-owned by the UK government, effectively barred itself from lofting any more of its constellation on Russian Soyuz rockets from the Baikonur launch centre in Kazakhstan, it has quickly done a deal with Elon Musk’s rival satco/spaceco, SpaceX, and will continue to deploy its constellation later this year. OneWeb currently has 428 mini-satellites in low-earth orbit (LEO), which is 66 per cent of the planned fleet of 648 birds. Neil Masterson, the CEO of OneWeb, commented: “We thank SpaceX for their support, which reflects our shared vision for the boundless potential of space. With these launch plans in place, we’re on track to finish building out our full fleet of satellites.” In fact, OneWeb is already operational at and above the 50th parallel north, and several of its partners are starting or planning services. Following Russia’s unprovoked invasion of Ukraine and a resultant major dispute with the Russian space agency RosCosMos, the OneWeb board of directors voted to stop launching satellites from Baikonur. OneWeb had been launching 36 satellites at a time when it used Soyuz rockets. That’s now a thing of the past.

Tight-fisted and tin-eared UK government makes much ado about very little... This morning, with considerable fanfare, it announced the creation of UKTIN, the UK Telecoms Innovation Network, which, according to Julia Lopez, the Minister of State at the Department for Digital, Culture, Media and Sport (DCMS), “will be the first port of call for any telecoms company looking to access R&D funding and a matchmaker for firms looking to join forces on cutting-edge projects.” Sounds promising doesn’t it? But read on… the reality is that UKTIN, which currently does not exist except in the fevered imaginations of a politician or two, will come into being only when the government itself declares the winner of a government-managed competition for organisations to apply for “up to” £10 million to establish and manage the centre. Such largesse. Such bureaucracy. Such paucity of imagination. By the time an office is found and staffed it will be 2023, so there’s no sense of urgency and the tiny sum allocated to it will be all but consumed before it opens its doors. Mind you, the press release really bigs-up UKTIN’s mission to make it sound earth-shatteringly novel. The new body will “Support innovators at the right time to scale up, develop their products, gain better access to telecoms markets and drive exports abroad.” It will also “support knowledge sharing and collaboration on open and interoperable network technologies such as O-RAN.” And all that on just 10 million quid from the magic money pot. Of course, it is nowhere near enough cash given that O-RAN is central to the (comparatively) munificently funded new national strategy (a whole £250 million, no less) to make it easier for companies to enter the UK telecoms supply chain – and thus increase competition, improve the quality of products and services and reduce the country’s reliance on less than a handful of international suppliers. UKTIN will also “build a database of information on R&D funding in the public and private sector” and create an annual report which maps out the latest developments and opportunities in disruptive and innovative telecoms technology in the UK.” Meanwhile, Japan and South Korea are amongst a number of countries already spending hundreds of millions of dollars on R&D into 6G, which will be a worldwide wireless network of everything for everyone on earth.

In the US, Verizon is paying big bucks to speed the clearance of cluttered C-Band spectrum and thus accelerate deployment of its 5G services. Last year the US regulator, the Federal Communication Commission (FCC), took the frequencies away from the satellite operators, which had previously used C-Band, and allocated them instead for 5G usage. Now Verizon has paid US$170 million to SES, the Luxembourg-based provider of “reliable and secure satellite and ground communications solutions,” to vacate some of its C-band holdings this year, ahead of the December 2023 deadline. In a statement, Verizon wrote that the earlier availability of extra spectrum will allow it “to deploy mid-band 5G on at least 60 megahertz of spectrum and up to 100 megahertz of spectrum in some areas to at least 30 additional major markets.” These will include Atlanta, Georgia; Baltimore, Maryland; Denver, Colorado and Washington DC. The additional spectrum has become available after a testy dispute with airlines and the aviation industry about 5G interfering with vital aircraft systems and navigation instruments was settled. In 2021 Verizon spent $23 billion to acquire C-Band spectrum and when it became operational it immediately covered 100 million potential 5G subscribers. Verizon’s plan is to grow that to 175 million this year and more again in 2023.

Satellite communications companies Viasat and Inmarsat reached a deal with the UK government which binds them to increase overall R&D investment in the country by 30% and to create more jobs in the country. The legally-binding economic undertakings will range from three to five years and will include: creating new jobs in key areas such as the design and development of satellites, ground stations and other advanced technologies; creating a “UK R&D Centre of Excellence”; maintaining core satellite, network and cyber security operational capabilities in the UK; and leveraging the UK supply chain, especially for delivery of critical infrastructure. Viasat’s president and CEO, Rick Baldridge, expressed confidence in the two companies’ ability to “build upon the UK’s space agenda and help propel the country to the forefront of the global space race”. Inmarsat CEO Rajeev Suri commented that the move is “great step for the UK and while they certainly have challenged us to put our best foot forward, I am delighted they have accepted our economic Deed of Undertakings”. See more here.

European mobile towers operator Cellnex Telecom has struck a deal to offload about 3,200 sites in France to comply with the requirements of the French Competition Authority related to its €5.2 billion acquisition of Hivory, the Altice Group company that manages 10,500 tower sites. The company buying the sites from Cellnex is Phoenix Tower International (PTI). Financial details were not shared. For more, see this announcement.

Iliad Group reported “strong growth at all levels” in 2021, pointing to investments in its infrastructure, as well as its sales and marketing strategy as the main driving force for its performance. The operator said it recorded overall growth in revenues, subscriber base and EBITDAaL (earnings before interest, taxes, depreciation, amortisation and special losses) in each of its markets: France, Italy and Poland. Its consolidated EBITDAaL rose by 51% in the period, while like-for-like growth in service revenues was 5.5% year-over-year. The latter was mainly due to a 21.9% increase in such revenues in Italy. Its net loss in the Italian market shrunk by 40% to €248 million. Thomas Reynaud, Iliad Group’s CEO, described 2021 as a “year of transformation” for the company, noting it “gained more independence by delisting” from the Paris Stock Exchange, it pursued its European strategy, addressed new market segments with the cloud and B2B, “and we saw strong sales and marketing successes in all three of our host countries”. See more about the operator’s results in its statement here.