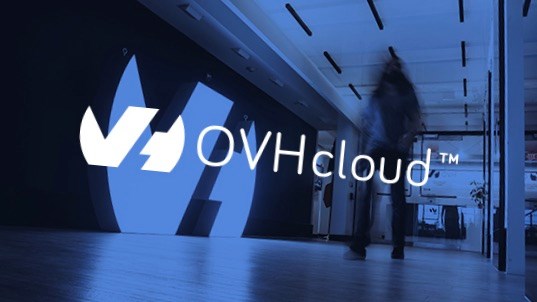 A cloud partnership for European enterprises and a push to support 5G standalone core deployments by security specialist F5 are the cherries on this news trifle.

Huawei’s appeal against its recent exclusion from the 5G network infrastructure market in Sweden has, at least for now, had an impact. As Reuters reports, Sweden’s 5G spectrum auction has been halted after a court suspended parts of the exclusion decision made by the country’s telecoms regulator, the PTS.

Copper may be on the way out telephonically, but it’s still worth stealing, especially when scrappage price soars as it tends to do periodically... like now.  Openreach, the UK infrastructure wholesaler, has reported a surge of copper thefts with thieves often dragging the copper out of the ground and managing to cause extra damage in the process - not to mention the distress to citizens trying to get through the lockdown with their main means of broadband connectivity denied them. According to ISPreview, Openreach has now raised its reward for information on at least nine thefts in the East London area, to £20,000.

More personnel changes at Nokia… Manish Gulyani has been named as the new General Manager of Deepfield, the network analytics unit the giant vendor acquired in early 2016 and which boasts users such as Telefónica. Gulyani has been at Nokia (previously Alcatel-Lucent) for about 20 years in various product development and marketing/strategy roles, mostly in the IP/Optical team, and prior to that Newbridge Networks. He appears to be taking over from Kevin Macaluso, another long-time Nokia staffer with history in the IP transport team, who took on the General Manager role at Deepfield in 2018.

Yesterday, as news of the imminent availability of a Covid-19 vaccine spread around the world quicker than the disease itself, the markets reacted and there were instant winners and losers as stock prices rose and fell. One big loser was Zoom, the videoconferencing company that had been enjoying a particularly good pandemic as individuals and businesses flocked to use its software – until yesterday, that is, when its shares took a precipitous dive. Then, this morning came the news that Zoom has come to an arrangement with the US Federal Trade Commission (FTC) to put to bed accusations that the company has been telling porkies about the efficacy and security of its much-hyped "end-to-end 256-bit encryption security” and the promise that each and every Zoom call would be stored in an encrypted format. On investigation, the FTC found that the setting-up of end-to-end encrypted calls between two users requires the provision of a call encryption key that is for the use only of the two connected parties. It turns out though that Zoom also secretly had a third copy of the cryptographic key, which allowed it to intercept and spy on all its users. Very, very naughty. To make matters worse, the FTC also found that in some cases Zoom didn't encrypt recorded calls at all, but kept them in open and accessible format on its servers for two months at a time, during which Zoom (and others) could watch and listen to supposedly secure conversations. Caught bang to rights, Zoom coughed, grovelled and promised to sort out its security, cross its heart and hope to die. That pledge was sufficient for the FTC to close the investigation without imposing any penalty on Zoom. Alright for some, isn't it?

Alan Turing, one of the founding fathers of computing and renowned code-breaker, was a pupil at Sherborne School in Dorset from where, in 1984, various items of his memorabilia, including photos, his PhD certificate and OBE (Order of the British Empire medal) were stolen, allegedly by an overseas "researcher." As a US civil court filing shows, the items were, between 1984 and 2018 "in the care" of one Julia Mathison Turing, an American citizen with no connection whatsoever to Turing, familial or otherwise. She had hidden them in her house in Colorado, presumably for reasons of self-gratification. As the years rolled by and evidently now eager to claim bragging rights, Julia Turing, misrepresenting herself as Alan Turing's long-lost daughter, offered the memorabilia on loan to the University of Colorado in the city of Boulder. Sceptical trustees made enquiries and her fanciful story was quickly discredited. A while later, agents from US Homeland Security (no less) paid her a visit, searched the joint and found the historical artefacts. The case was eventually settled out of court and the memorabilia are being returned to Sherborne School. However, as they have been sent back courtesy of the US Post Office, and in view of its recent abysmal performance as a federal utility, there can be no certainty the parcel will arrive any time soon or, indeed, ever…