What’s up with… Orange, Open RAN in Japan, Meta 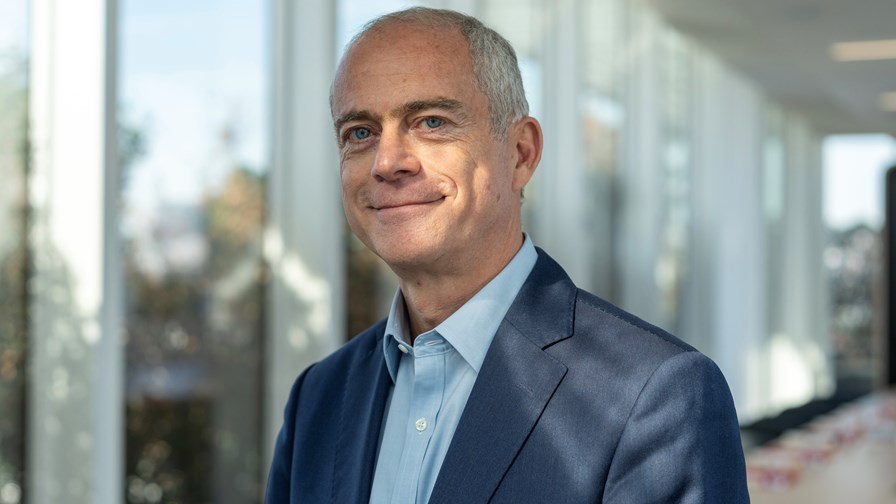 Orange deputy CEO Ramon Fernandez is to leave the operator.

In today’s industry news line-up: Orange deputy CEO Ramon Fernandez has called time on the operator and is switching industries; Japanese telco quartet join forces for new Open RAN test facility; Meta’s not backing down on its metaverse investments; and much more!

Orange deputy CEO, Ramon Fernandez, who has responsibility for the operator’s finance, performance and development functions, has jumped ship to join transportation group CMA CGM, where he will be CFO. Orange announced his impending departure (he will leave during the first quarter of next year after the operator’s full-year 2022 results have been published) just as his appointment was announced by CMA CGM. He has overseen the telco’s financials for the past eight years, before which he was director of the French Treasury for more than five years. Fernandez will continue to work with, and present the 2022 financials with, Orange CEO Christel Heydemann, who said he has “played an essential role in the development of the company over recent years, in particular through his work on efficiency and value creation”. But with Heydemann being appointed from outside the company to take over from Stéphane Richard as CEO earlier this year, it suggested Fernandez had gone as far as he could at the operator, and it seems he is now switching industries for the next chapter in his career.

Japanese mobile network operators NTT Docomo, KDDI, SoftBank and Rakuten Mobile have collaborated on the formation of a new testing and certification facility, dubbed “Japan OTIC [open testing and integration centre]”, which will focus on Open RAN network elements that conform to O-RAN Alliance specifications. The centre is backed by the YRP Research and Development Promotion Association (which promotes R&D ICT projects) and will serve as “a neutral and open interoperability verification environment”. It will aim to “open, revitalise, diversify and expand overseas” Japan’s IT and telecom technology supply chain and plans to advocate “a more open, reliable and secure 5G telecommunications society not only in Japan, but globally”, said Rakuten Mobile in a statement (available here in Japanese). The move comes days after the O-RAN Alliance outlined the progress made in Open RAN interoperability and specifications conformance during its international plugfest, in which the four Japanese operators were key participants – see O-RAN Alliance claims interop advances.

Despite pushback this year from investors and many others following a slump in the company’s share price (down 66% since the start of the year) and financial performance that resulted in massive job cuts, Mark Zuckerberg’s Meta is to continue allocating 20% of its annual spending to Reality Labs, the team focused on its metaverse, virtual reality, augmented reality developments. “We continue to direct the majority of our investments toward our family of apps as we believe strength in the core can support an ambitious agenda for the future,” noted Andrew Bosworth, CTO and head of Reality Labs in this blog, with the “family of apps” including Facebook and WhatsApp. “As also reflected in our Q3 results, about 80% of Meta’s overall investments support the core business, with the other 20% going toward Reality Labs. It’s a level of investment we believe makes sense for a company committed to staying at the leading edge of one of the most competitive and innovative industries on earth… While we will continue to find ways to work more efficiently, what won’t change in 2023 is our vision and the long-term research effort we’re undertaking to get there,” added Bosworth. Are Zuckerberg and his team visionaries, or will they become a textbook case of blind optimism? We’ll check back in 2030.

Satellite broadband services giant Starlink, part of Elon Musk’s SpaceX empire, now has more than one million paying customers, the company announced in a tweet posted late on Monday. Starlink already has more than 3,300 low-earth orbit satellites in space, from which it provides its broadband connectivity services, with more to be launched.

Distributed computing software specialist WANdisco has scored a $31m deal with an unidentified Tier 1 telecom industry company, which it describes as “one of the largest global service suppliers of internet of things (IoT) applications”. CEO David Richards noted in a stock exchange announcement: “This is the second Tier 1 global telecommunications company to choose WANdisco’s solutions this year, underpinning our unique ability to seamlessly and securely migrate large-scale data from edge platforms to the cloud. This contract represents a record initial agreement for our business, with the potential for this value to grow further as we have seen with other customers. The IoT use case of moving data from edge platforms to the cloud, is continuing to drive a significant pipeline of opportunities for our business. Companies across multiple industry verticals face significant challenges in successfully executing this data movement and unlocking the full capabilities of the cloud. Our unique solutions and proven experience in the IoT market make us well placed to continue winning market share and supporting global clients in these use cases. Following this agreement, bookings for FY22 are now expected to be significantly ahead of market expectations.” That’s the kind of news shareholders like to hear, and WANdisco’s stock duly gained 13.3% in value on the London Stock Exchange on Tuesday to reach 898 pence.

Smartphone giant Xiaomi is set to cut thousands of jobs as part of a "personnel optimisation and organisational streamlining" programme that will impact up to 10% of its 35,000 employees, of which more than 32,000 are in China, according to Reuters.

Indian telco Bharti Airtel has acquired “a strategic stake” in domestic startup Lemnisk with a view to building the “world’s largest” customer data platform (CDP). The operator’s lips are sealed over the deal’s financial details, which is pending statutory approvals, but it disclosed that the new CDP platform will cover its digital businesses, including ad-tech (Airtel Ads), digital entertainment (Wynk Music and Airtel Xstream) and digital marketplace (Airtel Thanks App). The new service is aimed at enterprise customers and will enable them to create “a nimble, scalable and omni-channel engagement” for their own customers. Lemnisk provides real-time marketing automation and a secure CDP “capable of orchestrating one-to-one personalisation and cross-channel customer journeys at scale that increases conversions, retention and growth for enterprises”, explained the telco. Read more.

Ericsson has announced it will increase production capacity and operations in India to meet the rising 5G kit needs of its partners, mobile network operators Bharti Airtel and Jio, following rollouts of the next-generation technology. It said efforts to ramp up production will create some 2,000 jobs in the city of Pune. In a separate move, it aims to open a technology centre focused on new product introduction and production engineering “to secure high-quality standards, testing/integration and supply preparations on early-phase products, as well as operational support to ensure efficient 5G development and deployment in India”, the vendor said in a statement. The company has been manufacturing 4G and 5G radios, radio access network (RAN) equipment and microwave products in Pune since 1994 in conjunction with US-based manufacturer Jabil. In November, Ericsson estimated that 5G subscriptions in the India region will see a rapid rise to around 690 million by the end of 2028.

The US Federal Communications Commission (FCC) has granted yet another batch of funding in a bid to reduce the digital divide across the country. The authority announced a new funding round of more than $65m through its Emergency Connectivity Program that will help deliver digital services to approximately 170,000 students in the US. “This programme is bringing us closer to the goal of closing the Homework Gap so all students have the resources they need to do well in school and beyond,” said FCC chairwoman Jessica Rosenworcel. See more.