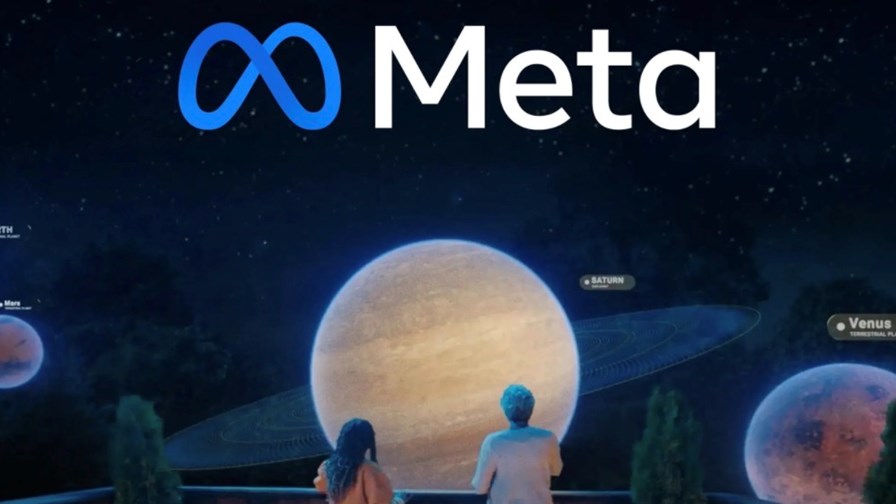 In today’s industry news roundup: Meta follows in Twitter’s footsteps with biggest layoff in its history; Nokia targets network operators and enterprises with new core software-as-a-service (SaaS) for 5G offering; OneWeb collaborates to provide connectivity across remote and challenging areas in Africa and the Middle East; and more!

Facebook’s parent company, Meta, has announced the biggest layoff plan in its history. In a blog, CEO Mark Zuckerberg said the company will slash more than 11,000 jobs, reducing its workforce by about 13%. Claiming the overhaul involved “some of the most difficult changes” the company has ever made, the executive said he is “especially sorry to those impacted” and added that he is taking accountability “for these decisions and for how we got here”. In addition to the mass layoff, Meta will take further steps to be “a leaner and more efficient company by cutting discretionary spending and extending our hiring freeze through Q1” of 2023, said Zuckerberg. He explained that the reason for the job cuts was an incorrect prediction that the rapid growth of online services, including e-commerce, due to the Covid-19 pandemic would accelerate permanently. “Not only has online commerce returned to prior trends, but the macroeconomic downturn, increased competition, and ads signal loss have caused our revenue to be much lower than I’d expected. I got this wrong, and I take responsibility for that”, wrote Zuckerberg in the blog. Now, as the company strives to be “more capital efficient”, it is shifting resources towards a smaller number of “high-priority growth areas”, such as AI discovery engines, ads and business platforms and, of course, the metaverse. The layoff comes days after Twitter cut around half of its staff as a cost-cutting measure introduced by new CEO Elon Musk. Earlier this year, tech giant Microsoft and social media company Snap announced job cuts across their teams too.

Nokia is, it seems, committed to positioning itself as a prime supplier of virtualised telecom functions using the software-as-a-service (SaaS) model. The Finnish vendor has announced its Core SaaS for 5G offering that is aimed at network operators and enterprises, and claims it delivers “a highly flexible, fully automated, scalable software model that enables greater business agility and faster time to value for delivering and monetising network services”. The vendor added: “Nokia Core SaaS allows operators and enterprises to move away from the legacy practice of deploying customised software that runs on private infrastructure; and to consume Nokia’s core software, including 5G Packet Core, on demand through a more cost-effective subscription service that eliminates large up-front capital expenditure and avoids the need to perform on-site software maintenance and updates.” It is expected to be commercially available in the first half of 2023. Read more.

OneWeb is pressing ahead with plans to connect the world with low-earth orbit (LEO) satellites, with separate moves announced in Africa and the Middle East. Through a fresh collaboration with Airtel Africa, the UK-based satellite communications company will aim to deliver high-speed, low-latency LEO connectivity services to enterprises and civil government customers across “wide swathes of the continent”. According to OneWeb, this will open the door to “a wide range” of use cases in rural areas and across sectors, including agriculture, healthcare, education, energy and mining. The pair have also pledged to ensure “critical backhaul” in unserved and underserved regions of the continent. Group enterprise director of Airtel Business at Airtel Africa, Luc Serviant, unveiled plans by the two companies to achieve full coverage across the telco’s footprint, consisting of 14 African countries, in 2023. At the same time, OneWeb also sealed a partnership with Azyan Telecom, a satellite service provider in the Sultanate of Oman and the Middle East, to deliver similar offerings. According to the company, this will boost the capabilities of existing telecom networks in Oman, while enhancing infrastructure that will be built in the future. As a result, businesses and communities are set to have access to “high-speed communications that are compatible with advanced terrestrial systems and networks”, said OneWeb in a statement. Remote areas in Oman will also be covered through “diverse and multiple digital communication sources”. The satellite company added that so far, delivery of high-speed connectivity has been “challenging” in certain areas of the Middle Eastern country because of the terrain and frequent hurricanes. The two companies also applauded the country’s telecoms watchdog, the Omani Telecommunication Regulatory Authority, for supporting them in bringing the partnership to fruition. Services based on the partnership with Azyan Telecom are expected to launch in the second half of 2023. See more.

The European Commission has opened what it is calling an “in-depth investigation to assess the proposed acquisition of Activision Blizzard by Microsoft under the EU Merger Regulation”. The commission is concerned that the “proposed acquisition may reduce competition in the markets for the distribution of console and personal computer (PC) video games and for PC operating systems”. Microsoft announced its planned acquisition of Activision Blizzard for $68.7bn at the start of this year. Read more.

Swisscom has claimed it has hit a milestone by connecting “the first 5G car”, in collaboration with German automaker BMW. The Swiss telco emphasised that it is offering “the first 5G option for a vehicle anywhere in Switzerland”, while BMW is said to be “the first premium manufacturer to bring the 5G mobile communications standard to a globally available production vehicle”, the BMW iX. According to Swisscom, the move is essentially turning the car into “a smartphone on the move”. Using an embedded SIM (eSIM) and an integrated 5G Wi-Fi hotspot, the vehicle connects to Swisscom’s mobile network via an external antenna, allowing the option to make calls, send messages and surf the internet inside the car, independently from using a smartphone. In the words of Dirk Wierzbitzki, Swisscom’s head of residential customers and member of the executive board, the move puts the operator “among the top-5 providers worldwide and right at the forefront when it comes to making it easy for our customers to take advantage of the opportunities offered by the connected world.” Find out more.

And, it seems, the advanced car race is revving up. French automaker Renault has turned to partnerships with tech giants in an effort to accelerate its vision for the future of the software-defined vehicle (SDV). It has revealed a partnership with Google that will focus on developing “a set of onboard and off-board software components” dedicated to the SDV, as well as creating a digital twin of the vehicle with “the most advanced” artificial intelligence (AI) capabilities. The end goal is to bring in new in-car services and off-board applications. Renault will also use Google Cloud technology to improve management of data capture and analytics, as well as to achieve predictive maintenance and better rectification of failures, among other use cases. In a separate announcement, Renault said it is also partnering with Qualcomm to deliver a centralised compute architecture for the automaker’s upcoming SDVs. High-performance platforms that are to be built following the collaboration are expected to launch in 2026. They are set to power new Android cockpits and “make the onboard experience more immersive and personal”, centralising functions such as advanced driver-assistance system (ADAS), telematics, connectivity, safety and cybersecurity.

As widespread inflation affects most walks of life around the world at the moment, there’s one area that seemingly remains untouched. According to Ericsson’s “largest ever 5G global consumer study to date”, of almost 50,000 consumers in 37 markets, 5G uptake is showing resilience and people are planning to upgrade to the next-generation wireless technology despite elevated costs of food and energy, and rising interest rates. At least 510 million consumers intend to sign up for 5G in 2023, though this will likely vary based on market maturity and inflation concerns, with high-growth markets expected to drive most of the upgrades. Furthermore, despite the economic uncertainty, 5G users still value reliable connectivity enough to be unwilling to return to 4G. Also, most smartphone users have no plans to decrease their spending on mobile broadband, but instead might look to reduce expenditure on pay TV, video on demand, and music and sports streaming services. In another finding, Ericsson has identified that 5G is also paving the way for the metaverse, as time spent on enhanced video and augmented reality (VR and AR) apps by 5G users has doubled in the past two years. The vendor also sees an evolution path for 5G monetisation models, claiming that a large portion of consumers expect 5G services to move beyond simply providing more data volume and speeds to “on-demand tailored network capabilities for specific needs”. Expectations on performance and network coverage with 5G are also set to increase with the new wave of 5G users.