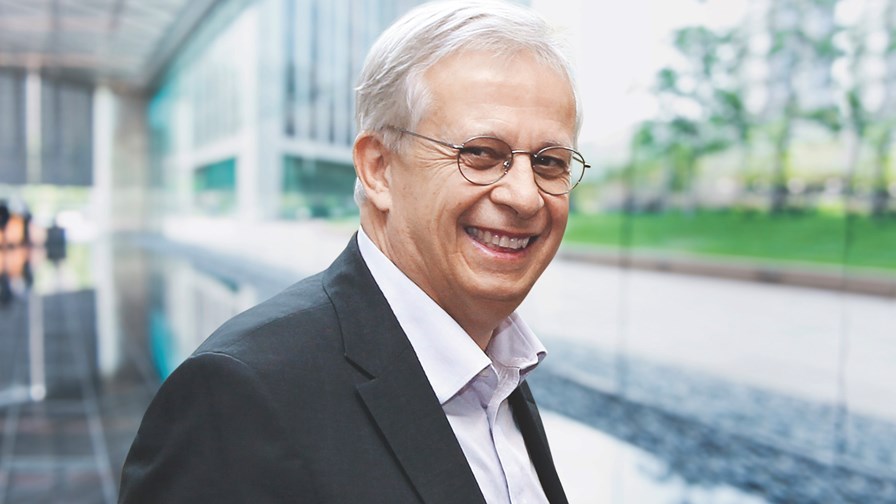 Jacques Aschenbroich, who is set to become the next Orange Chairman

A new name for the Orange chair, some speed bumps for India's mobile operators, and some cybersecurity challenges for Meta and Apple lead today's news roundup.

Orange has nominated Jacques Aschenbroich as a new board member and, from 19 May, as the new non-executive Chairman of the giant operator, replacing Stéphane Richard, the current Chairman and CEO who is heading for the exit door: Christel Heydemann has already been named as the new CEO, starting 4 April. Aschenbroich is currently the Chairman of smart vehicle technology specialist Valeo. Prior to this he was the CEO of the Valeo Group from March 2009 to February 2016, then Chairman and CEO until January 2022. His CV also includes several positions in the French administration, including a spell in the office of the then French Prime Minister Jacques Chirac during 1987 and 1988.

Reliance Jio has has suddenly started to lose subscribers. Analysis of the performance of mobile networks in India always means getting your head around some huge numbers and, in recent years, the story has been about the rise and rise of Reliance Jio, the runaway market leader. It operates a national LTE network covering all 22 of the sub-continent’s “telecom circles”. However, the latest stats show that some of the gilt may be rubbing off Jio’s well-burnished gingerbread. What’s more, India’s Telecoms Regulatory Authority reported that wireless tele-density actually fell from 84.17 per cent as at the end of December 2021 to 83.43 per cent by January 31, 2022. The biggest loser was Jio. It recorded a 9.3 million decline in its subscriber base in January alone, on top of a 12.9 million fall in December 2021. The operator has lost 37 million subscribers since October, 2021. The recent declines are down to hefty tariff increases that were introduced in November last year which has led to what the nation’s Economic Times broadsheet newspaper calls “SIM consolidation” - in other words, a big fall in the number of SIM cards on the market. Jio’s competitor, Bharti Airtel, was the only service provider to grow its subscriber base. It was up by 714,000 in January. Vodafone Idea continued along its long-term downward path. That said, Jio’s subscriber base still stands at 406.4 million and Bharti’s at 356 million, hardly small beer. Jio claims that the fall in its subscriber numbers is no bad thing because SIM consolidation has helped it to “clear out” millions of inactive users. It says the lull in growth is temporary, growth will “inevitably” resume and that Jio will have more than half a billion customers in the near future when 5G services become ubiquitously available.

Still in India… Vodafone Idea is raising INR45 billion (US$594 million) by issuing new shares to its main stakeholders, Vodafone Group and Aditya Birla as part of a larger fundraising exercise to shore up its finances. Part of Vodafone’s cash injection will come from the funds raised by the sale to Bharti Airtel of a stake in Indus Towers, which was announced earlier this week. Vodafone Idea aims to raise INR145 billion (US$1.9 billion) in total from the new stock issue and new debt arrangements. These are still tricky times for Vodafone Idea.

Last year Apple and Facebook/Meta were conned by cybercriminals - several thousand times. You know Meta, (aka Facebook), the virtual travel company that wants to send robots on holiday on your behalf while you stay at home under a sun-lamp wearing uncomfortable high-tech welder’s goggles so you are unable to soak up the grandeur of  the real pyramids of Egypt or experience scuba-diving in the Maldives? Yes? Well Mark Zuckerberg’s fevered brainchild is in trouble yet again. It has now emerged that, last year, Facebook (and Apple too, it must be said) provided fake cops and other ersatz “law enforcement officials” with customer details including names, addresses, phone numbers and IP details. The data was supplied in response to counterfeit “emergency data requests” that do not require court orders signed by a judge. Meta says it was in receipt of 21,700 emergency data requests between January and June 2021 and provided information in 77 per cent of the fake “requests” made.  Meta mouthpiece, Andy Stone, told Bloomberg (which first broke the story) that, “We review every data request for legal sufficiency and use advanced systems and processes to validate law enforcement requests and detect abuse.” But seemingly not in those cases. Meanwhile,  Apple pointed Bloomberg News at a section in Apple’s “law enforcement guidelines” which says that a senior-level manager from the agency submitting an emergency data request “may be contacted and asked to confirm to Apple that the emergency request was legitimate.” And, of course, that some may not be contacted. Meanwhile Mark Zuckerberg is “out of the office” and far away from Cupertino, surfing daily from his beachside pad in Kauai in the Hawaiian Islands in an effort to take his mind off the worry of being “punched” by bad news about his company.

Nokia is taking legal action against the Romanian government after the country’s Supreme Council of National Defense declined to authorise the vendor as a supplier of 5G technology in the east European country, reports Hotnews.ro.

Deutsche Telekom and Tele2 have completed the €5.1 billion sale of T-Mobile Netherlands to a consortium of private equity funds advised by Apax Partners and Warburg Pincus. Deutsche Telekom says it will bank around €4.0 billion from the deal, which was first announced in September 2021.

Russia initiated a satellite assault as it invaded Ukraine. When the Russian armed forces invaded on February 24, Russian state-sponsored hackers initiated a massive DDoS cyberattack on Viasat satellite modems and supplemented them with a deluge of “destructive commands” to overwrite the key data that allow the modems to function at all. California, US-based Viasat has just reported that the attack affected “tens of thousands’ of their satellite modems in Ukraine and in other parts of Europe. In a statement Viasat confirmed it has shipped 30,000 new modems to get customers back online and is working “to ensure that the network is stable and secure.” It added that various US agencies are “investigating the attack” and looking at possible defences and counter-measures. Saloni Sharma, a spokesperson for the US National Security Council, commented, “We are concerned about the apparent use of cyber operations to disrupt communications systems in Ukraine and across Europe and affect businesses and individuals' access to the Internet." Viasat has retained the specialist cybersecurity company Mandiant to investigate and report back on the attack. Fortunately, it hit domestic residential modems operating on Viasat's KA-SAT network and did not affect Viasat’s “directly managed mobility or government users “. Such an attack, if successful, would have been much more serious and debilitating.

Report reveals security paradox - more cyber-security solutions but more breaches too. Security specialist Acronis says its research (it surveyed 6,200 IT users and IT managers from small businesses to enterprises across 22 countries) appears to show that deploying ever more cyber security solutions won’t necessarily translate into more protection. It found that while 78% of organisations globally run as many as 10 different security solutions, 76% of organisations experienced downtime due to data loss over the past year — a 25% increase from 2021.  Acronis has a dog in this fight of course, offering as it does, “unified data protection and cybersecurity to deliver integrated, automated cyber protection.” Even so, its research findings should give serious pause for thought for companies who assume they have their security situations under control. It found that :

Acronis claims the outdated approaches that professional IT teams have relied on for years are now actively failing them. A new approach is essential, it claims - one that combines cybersecurity, data protection and management into one solution. Find out more from Acronis’ Cyber Protection Week Global Report 2022.

A Russian ‘telecoms tycoon’, Vitaly Vasilievich Kochetkov, the founder of Motiv Telecom, a mobile phone network in the Urals region of Russia, has had his ‘superyacht’ seized by the UK government under the UK sanctions regime, although Kochetkov is not currently on any sanctions list, according to a report in the Mail Online. Under present regulations, a ship owned, controlled, chartered or operated by persons connected with Russia may be subject to a ‘detention direction’. The UK Secretary of State for Transport, Grant Shapps, says the “government will continue to take robust action against anyone benefiting from connections to Putin's regime.”

Mobile money is in good health, claims the GSMA which says growth in 2021 set a processing record of $1 trillion for the year. The number of registered accounts was up by 18% since 2020 and now stands at 1.35 billion. The GSMA report on its mobile money programme reveals that one of the most significant drivers of growth was merchant payments, which almost doubled year on year. It says mobile money diversified its value proposition beyond person-to-person transfers and cash-in/cash-out transactions in 2021 and is now playing an important role in the daily lives of people and businesses, especially in low and middle-income countries (LMICs). The growth of ecosystem transactions such as merchant payments, international remittances, bill payments and bulk disbursements, together with interoperable transactions, are accounting for a more significant share of the global mobile money transaction mix. Read more.