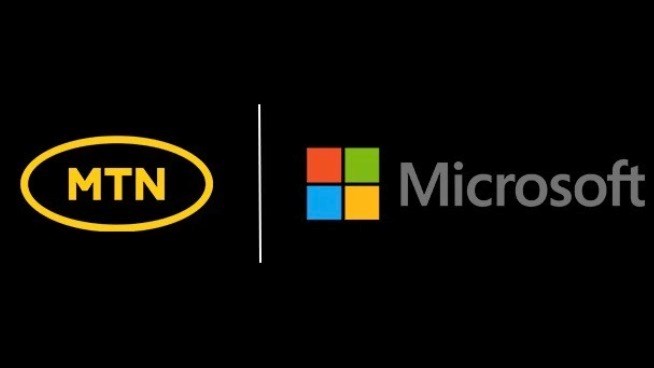 In today’s industry news roundup: Pan-African telco giant MTN gets jiggy with Microsoft; there are reportedly just two bidders left in the battle to buy a slice of Vantage Towers; Deutsche Telekom’s CTO picks up even more day-to-day tech responsibility: and much more!

Pan-African network operator MTN has struck a strategic alliance with Microsoft that “centres on transforming and modernising MTN’s communications and technology infrastructure together with harnessing capabilities and building the largest and most valuable platform business with a clear focus on Africa.” The partners plan to “develop joint go-to-market plans across the major markets where MTN operates to serve the digital transformation ambitions of African enterprise customers. Microsoft will invest in skilling MTN Group resources to drive focused selling of Microsoft’s products and cloud services in Africa,” announced MTN, which has operations in 19 countries across Africa and the Middle East, including South Africa, Nigeria, Ghana and Uganda. As part of the relationship, MTN will become a “major provider of terrestrial connectivity to support Microsoft’s Africa-based expansion plans.” Read more.

Private equity firm KKR and European towers giant Cellnex are the two frontrunners in the race to snap up a stake in Vantage Towers, which was spun out of, and is still majority owned by, Vodafone Group. According to Bloomberg, citing sources with knowledge of the ongoing talks, KKR, in partnership with Global Infrastructure Partners (GIP), is in pole position to strike a deal, but Cellnex, which has teamed up with Singapore sovereign wealth fund GIC Pte, is still in contention to acquire a slice of Vantage from Vodafone, which currently holds an 82% stake. Cellnex is believed to be seeking a majority holding in Vantage, which is valued at about €14bn, so it can take operational control. A decision about which of the bidders will prevail might be made ahead of Vodafone’s next financial report, which is due on 15 November.

Abdu Mudesir, who took on the role of group CTO at Deutsche Telekom earlier this year, is to expand his role by also becoming managing director technology for Telekom Germany (DT’s domestic operations) from the start of next year, when the current head of technology Walter Goldenits steps down. “We cannot imagine a better successor for technology in Germany than Abdu Mudesir. Abdu knows the technology and the team; already today, international technology and technology Germany are working hand in hand," noted Telekom Germany CEO Srini Gopalan. "It is important for us to have a smooth transition to ensure continuity. We are managing that very well with this succession arrangement. Abdu will continue the very successful work of the German technical team. I look forward to working with him even more intensively.” Telekom Germany’s 5G network currently reaches 94% of the German population, while its fibre access network passes 4.5 million households. “With over 650,000 kilometres, Telekom has by far the largest fibre-optic network in Germany,” boasts the operator in this announcement.

Veon, the international operator that runs networks in Asia and Eastern Europe and announced yesterday (Wednesday) that it is exiting Russia, showed resilience on a group level in the third quarter of the year. Its overall revenue grew by 3.6% year on year to $2bn, driven mainly by a 7.9% year-on-year increase in service revenues, which amounted to $1.9bn. Its number of mobile subscribers rose by 0.8% to 203 million, while 4G users of its services increased by 15.1% to 107 million. CEO Kaan Terzioğlu attributed the growth to the company’s focus on 4G penetration and its digital operator strategy, “despite unprecedented macroeconomic and geopolitical challenges”. The telco, which operates in Russia-invaded Ukraine, noted that nearly 90% of its radio network was operational by the end of the quarter but “recent damage to Ukrainian power infrastructure has had an impact on network availability”. Revenues of the local unit, Kyivstar, were 5.2% higher year on year in local currency but declined 18.8% in US dollar currency due to the weakness in the Ukrainian hryvnia negatively affecting reported growth rates. Data usage increased by nearly 30% in the period. As for its Russian subsidiary, which is up for sale, revenue dropped 6.1% year on year in local currency, largely brought about by a 58.5% decline in equipment revenue due to lower device sales. However, in terms of reported currency, revenue was up 16.1% due to year-on-year strength of the Russian ruble. Mobile service revenue in the country was also up, driven by growth in data usage by the telco’s 4G customer base. More about Veon’s financial performance can be found here. Earlier today, Terzioglu told Reuters that its Russian subsidiary, Beeline, is attracting the attention of competitors, local investors and the management of the asset. He added that the “competitive sales process” will eventually get the Veon group to where it wants to be in order to do what is best for its future. The executive also noted that while the company has a very big retail network in Russia, this business is no longer a focus for Veon as smartphone availability has decreased in the market.

As the world is increasingly concerned about the state of environmental pollution and the consequent climate change crisis, it seems that all hope is not lost! Ahead of COP27, industry association the GSMA has pointed out that operators in the mobile sector have made progress towards “true circularity” as 11% of smartphones sold globally are now refurbished. Furthermore, this market continues to grow as consumers are increasingly interested in second-hand products and are focused on sustainability. Regardless of this optimistic note, the GSMA issued a new vision for extending this circular economy into the supply and production chains for mobile devices. Under the recommended principles, devices should have “as long a lifetime as possible” and be made with 100% recyclable and recycled content. Furthermore, mobile handsets should use 100% renewable energy and should not end up as waste. The industry group also noted that the current average use time of a phone is around three years, although its technical lifespan is between four and seven years. What’s more, the “optimal lifetime” for a mobile phone in terms of minimising its climate impact could be at least 25 years, it stated. The association has calculated that adding just one year to the lifetime of all smartphones in the world could save up to 21.4 million tonnes of carbon emissions per year until 2030. The manufacturing process was also highlighted as a problem area given that it accounts for some 80% of the total environmental impact of a mobile phone, according to the GSMA. This is because it involves more than 50 different materials, including plastics, ceramics and rate metals, that require mining work. Assembly also emits greenhouse gases due to use of fossil fuels.

Last week, mobile industry experts gathered in Rwanda for MWC Africa to discuss the need for the continent to take further steps towards digital transformation. Event organiser, the industry association GSMA, also issued its “Mobile Economy Sub-Saharan 2022 report”, which urges stakeholders to address the barriers to mobile internet adoption, including affordability and digital skills. According to Mats Granryd, director general of the GSMA, mobile technologies and services generated around 8% of GDP in sub-Saharan Africa in 2021. With less than half (46%) of the population in the region using mobile services, Granryd called on stakeholders to ensure that “everyone has access to connectivity and can benefit from all it offers”. GSMA’s report goes on to suggest that the usage gap is a significant challenge: Some 44% of the adult population of sub-Saharan Africa live in areas covered by mobile broadband networks but don’t use such services. This suggests that the potential of mobile services has not yet been fully unlocked as such services are expected to contribute nearly $155bn towards the region’s GDP by 2025. In terms of technology development, another GSMA report forecasts that 5G will represent 20% of all mobile connections in Africa and contribute $26bn to the continent’s economy by 2030, as spectrum auctions, pilots and commercial trials, as well as local 5G use cases, are picking up pace across Africa. The retail, manufacturing and agricultural sectors are expected to benefit the most. Commercial 5G networks are now live in more than 10 countries in Africa, though GSMA failed to give the exact figure.

Vodafone Germany, which is set to build and run new Open RAN trial sites as part of Vodafone Group’s ongoing efforts to trial disaggregated mobile access network technology, has provided an update on its current 5G network rollout (using traditional RAN systems). The operator says it now has 41,000 5G antennas in operation that can provide services in areas where 60 million people live, while its standalone 5G deployment (which the operator refers to as 5G+) can now provide service to 20 million people. For more, see this announcement.

Juniper Research expects the number of calls to be handled by contact centres-as-a-service (CCaaS) platforms will reach nearly 48 billion in 2027, up from 20 billion this year. The digital technology research firm believes that growth will be driven “by leveraging 5G networks to implement advanced voice technologies including 5G-interactive calling and AI-IVR (artificial intelligence-interactive voice response).” Asia-Pacific is regarded as a “key opportunity for CCaaS vendors”, with the Juniper research team predicting the region will “account for 19 billion voice calls by 2027, representing 40% of global CCaaS voice traffic”. Within the region, India has been identified as an immediate monetisation opportunity for vendors, “despite the delayed commercial launch of 5G networks in the country”. Read more.