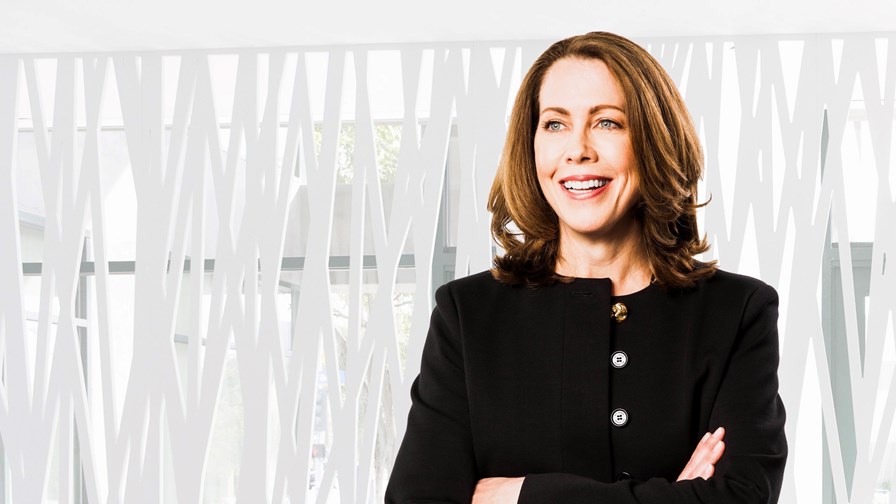 Kate Johnson, the new president and CEO at Lumen Technologies.

In today’s industry news roundup: Lumen’s stock sinks as a new CEO is announced; Orange Spain invites customers to check out the latest smartphones in the metaverse; Verizon’s virtual RAN rollout reaches 8,000 sites, with more to come in the next three years; and much, much more!

Lumen Technologies, the US enterprise-focused telco formerly known as CenturyLink, has poached the head of Microsoft US, Kate Johnson (pictured, above), as its next CEO, starting on 7 November. She replaces Jeff Storey, who is retiring after 40 years in the communications service provider sector: He will remain with Lumen until the end of the year to enable a smooth transition for the new chief. "Kate's appointment and the strategic transition announced today are the culmination of a succession plan that Jeff and the board have been engaged in for the past several years," stated Lumen’s chairman T. Michael Glenn. "We are confident she is the right leader to take the reins at this important moment in Lumen's history. Kate is an inspiring and motivational leader who is known for identifying and creating growth. She is the ideal CEO for Lumen," he added. Johnson has her work cut out: The operator recently reported a 6.3% year-on-year decline in second-quarter revenues to $4.6bn and a dip in adjusted EBITDA margins to 38.2% from 42.4% a year earlier. In addition, the company’s share price is down by more than 27% this year and took a near 7% hit today to $9.38 on the back of the CEO transition news. What a welcome! For more on the new CEO appointment, see this press release.

As part of a group-wide exploration of the potential of immersive digital engagement, Orange Spain has opened a customer store in the metaverse, displaying products from companies such as Oppo, Honor, Huawei, Google, Meta, Samsung and Xiaomi that customers can “manipulate in a 3D visualisation, accessing demos, promotions and the online store”, according to the Spanish operator. “Customers will have the opportunity to be served by a sales representative in the store in the form of an avatar who will advise on Orange products and services. This is a novel experience that takes the customer's ability to interact to a higher level, bringing the vision of the metaverse experience closer to being in a virtual environment that replicates the possibilities of the physical world,” the company added. A novel experience indeed… Orange is just one of a number of telcos that are checking out the potential of metaverse platforms for digital service delivery and customer engagement, for example, Telefónica is to host a Metaverse Day towards the end of this month.

Verizon has deployed more than 8,000 virtualised radio access network (vRAN) sites across the US, and has a “goal of deploying over 20,000 by the end of 2025”. The deployment of vRAN systems, which the operator notes is the “foundation” for Open RAN, enables it to “rapidly respond to customers’ varied latency and computing needs, and provides greater flexibility and agility in the introduction of new products and services,” the company noted in this press release. “The move to a cloud-based, virtualised architecture with standardised interfaces in every part of the network leads to greater flexibility, faster delivery of services, greater scalability, and improved cost efficiency in networks,” it added. Verizon’s shift towards vRAN began in earnest when it selected Samsung Networks as one of its key 5G RAN technology suppliers in September 2020. “We are building the network with the most advanced technology available, because we know people rely on our network and we are committed to delivering the variety and quality of services our customers need,” noted Adam Koeppe, the operator's senior vice president of planning and technology.

Still with Verizon... The US operator has also revealed that it now connects about 48% of its RAN sites with its own fibre lines and is on course to hit 50% by the end of this year. “Owning and operating the fibre that carries customer data from the cell site throughout the rest of the network allows the company to meet changing capacity needs rapidly, control upgrades and repairs to fibre cables and electronics immediately, as well as add security, control and reliability into network operations – all critical to create the most reliable network for customers and provide the capacity and speeds needed now and into the future,” noted Verizon in this announcement.

Elon Musk’s low-earth orbit satellite operator Starlink is appealing the recent decision by US regulator the Federal Communications Commission (FCC) to reject its bid for Rural Digital Opportunity Fund (RDOF) subsidies of almost $886m. Starlink claims the FCC’s decision, announced last month, was “flawed as a matter of both law and policy”. The gloves are off!

Middle East-based telco Ooredoo is the latest operator rumoured to be looking to sell its tower assets. According to Reuters, the operator is exploring opportunities to cash in on its tower assets in Qatar as well as other markets: Ooredoo has operations in 10 markets across north Africa, the Middle East and Asia, though it is about to sell its business in Myanmar.

Following more than two years of tests and trials, Mavenir’s converged packet core applications have been deployed as part of Deutsche Telekom’s cloud-native standalone 5G core deployment. The core applications support data, voice and messaging services, and enable network slicing: The initial slicing use case is “focused on live video broadcasting”, noted the vendor. The development is significant for the German telco, according to its group CTO Abdu Mudesir. “The deployment of a cloud-native standalone (SA) core marks a key milestone in the evolution of our 5G architecture,” he said. “This sets us on a path towards a fully automated network with the reliability, massive scale and flexibility required to deliver innovative 5G SA services to our consumer and enterprise customers”, added the CTO.

Optical fibre maker Corning has opened a new manufacturing facility in Mszczonów, Poland, to “meet growing demand for high-speed connectivity in the European Union and surrounding regions,” the company has announced. “The facility, one of the largest optical fibre plants in the European Union, is Corning’s latest in a series of global investments in fibre and cable manufacturing, totaling more than $500m since 2020, supported by growing demand and strong customer commitments,” it added.