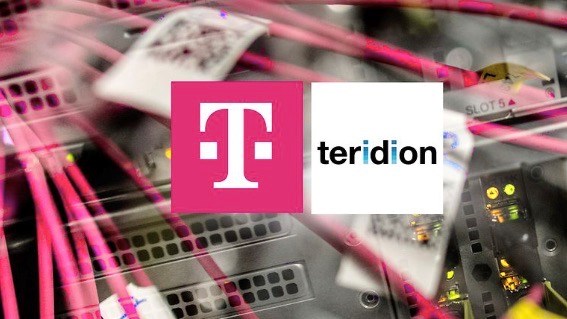 Deutsche Telekom (DT) is placing a big bet on providing its enterprise customers with “optimal connectivity”. The German telco has unveiled a $25m investment into Teridion, an Israeli provider of software-defined wide area network (SD-WAN) services and multi-cloud WAN connectivity solutions. As part of the stake purchase, DT and its business customers will be able to use “a unique, virtual connectivity solution” called Teridion Liquid Network. The offering enables companies to build and use cloud-hosted connectivity tailored to their needs, so that they can connect their premises to cloud centres and applications from anywhere. To do so, Teridion works with 25 cloud providers and spreads its network across 500 points of presence globally. According to the telco, this removes “the time-consuming management” of physical networks and makes corporate IT “significantly more flexible” with fewer administration costs. “Our investment in Teridion is an important step in two respects: Participation in this startup is economically attractive. We believe Teridion will become a leader in cloud-based connectivity. In addition, with the Teridion product portfolio, we offer our customers the best connectivity currently available via the cloud,” said Srini Gopalan, DT board member for Germany. As part of the investment, Matthias Budde, SVP of group strategy and transformation at Deutsche Telekom, will join Teridion’s board. This financial injection is not the first one the operator has made in Teridion, with the partnership dating back to early 2022. Other investors include Jerusalem Venture Partners, Singtel’s innov8 and Magma Venture Partners. Read more in DT’s press release, available here in German.

Global spending on telecom and pay TV services is set to increase by 1.9% in 2022 to $1.59tn, a year-on-year increase of 1.9%, according to the telecom services team at research house IDC. “The latest forecast is a bit more optimistic than the version published in May as it assumes growth in total market value will be 0.5 percentage points higher,” notes the IDC team, which “believes that this positive movement is a consequence of inflation (i.e. the increase in tariffs for telecommunication services)”. The trend of inflation-fuelled tariff increases is “common across all global regions and has caused similar changes in their respective revenue forecasts for 2022” with the increase in prices and spending most notable in Europe, “a region that is witnessing higher-than-average inflation while struggling to find a replacement for cheap Russian energy”. But won’t an increase in prices lead to a reduction in demand? Not too much, according to IDC. “Fortunately, in the case of telecom services, the decrease in demand is not likely to be massive. This is because the elasticity of telecom services, just as of any other utility services, is relatively low (i.e. the demand for such services changes less than proportionally when its price increases or decreases).” Read more.

SK Telecom (SKT) has outlined its ambitions to become “an AI [artificial intelligence] company”, an effort that CEO Ryu Young-sang noted would help SKT differentiate itself by linking AI to “a wide range of connectivity technologies” based on telecommunications. The new vision will aim to create new growth drivers by using AI to redefine and transform SKT’s core businesses: Fixed and Mobile Telecommunications, Media and Enterprise. The strategy will seek to use AI to enable customers to search for and use fixed and mobile telecommunications services and products with “greater convenience and ease,” said the company in its statement. AI technology will also be used for the creation of AI Media Player, which will provide personalised content, as well as for integration of the company’s media-related assets. In its Enterprise unit, SKT aims to facilitate customer transformation through six main business areas: datacentre, private network, internet of things (IoT), cloud, big data and AI. The vision also outlines improved customer relations and the desire to turn its metaverse platform, ifland, into “a globally competitive metaverse service” by launching it in global markets and boosting its content. The South Korean company also plans investments or acquisitions of companies that “can create greater synergies when combined with its AI technologies”. And what is the end goal of this shift? Becoming the “top AI company” in South Korea with a value of more than KRW40tn ($28.6bn) by 2026. The telco has been making strides towards being a digital services provider (DSP) since Young-sang took the helm a year ago – see SKT sees money in the metaverse as it does the splits.

Employees of big tech giants might be in for a rough ride. After a mass layoff plan kicked off at Twitter last week, just after Elon Musk took the reins, a report by The Wall Street Journal (available with a paid-for subscription) suggested that Facebook’s parent company, Meta, is planning to make job cuts this week, affecting thousands of its workforce, which comprised more than 87,000 employees by the end of the third quarter. According to the newspaper, the company has asked its staff to scrap non-essential travel this week as an announcement regarding the layoffs is expected on Wednesday. The report comes after Meta wiped $67bn off its value as it recorded a fourth consecutive decline in quarterly profits in the third quarter of 2022 – see A metamessage for Mark: “Stop spending endless billions on the metaverse, now!” At the time, CEO Mark Zuckerberg said that the company will be holding “some teams flat in terms of headcount, shrinking others and investing headcount growth only in our highest priorities” in 2023.

In a similar vein… Just days after new CEO of Twitter, Elon Musk, sacked around half of the company’s workforce, reports have emerged stating that the social media giant is now asking some affected employees to return to work. The reason, according to Bloomberg, is that some people were laid off by mistake, while others were given the boot before management recognised how necessary their experience may be as Musk plans new features. On Friday, almost 3,700 people found out by email that their job had been culled and have since lost access to company-wide systems, in a drastic cost-cutting measure following the $44bn takeover by Musk. “Regarding Twitter’s reduction in force, unfortunately there is no choice when the company is losing over $4m/day. Everyone exited was offered 3 months of severance, which is 50% more than legally required,” he explained in a tweet following the announcement. In other news, over the weekend Musk insisted that the company “needs to become by far the most accurate source of information about the world,” adding that this is now the social media platform’s “mission”. Asked by the company’s founder and former CEO, Jack Dorsey, “Accurate to who?”, Musk replied that this would be “judged by the people of Twitter via Community Notes (formerly Birdwatch)”. The company started rolling out a Twitter Blue subscription service, which provides any account with a verification check mark for a monthly fee of $8. And, from now on Twitter will permanently suspend Twitter accounts that impersonate others without clearly stating such content as “parody”.

BT is back at the negotiating table with the Communication Workers Union (CWU) in an effort to settle the ongoing dispute over pay for 38,000 staff who work in the various divisions of the UK national operator (including access network business Openreach). CWU members have taken eight days of strike action since the summer and, while BT has repeatedly said it isn’t prepared to change the offer that has been rejected by the CWU, new talks between the operator and the union are now set to take place. At this point, BT has not made any pledges to increase any pay rise offers, only to strive to find a “unified and positive direction” for the telco and hope to “agree a way forward”. BT, of course, has just announced fiscal second-quarter results, which included talk of further spending cuts at the UK operator – see What’s up with… Twitter, BT, the FCC.