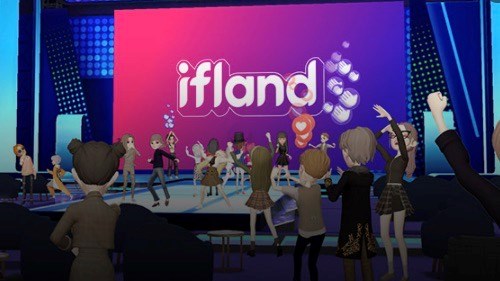 South Korean operator SK Telecom (SKT) has boasted of early success with its metaverse platform, recording significant uptake in user engagement only six months after launching its virtual world and communicating unbridled optimism for its growth in the next few years.

In its earnings announcement for 2021, the operator reported its metaverse domain, Ifland, had more than 1.1 million monthly active users (MAU) by the end of last year, which is quite impressive given that the platform was only launched in July 2021. In its first month, it had a MAU base of 280,000. The average time spent on the platform in January 2022 nearly doubled compared to the statistics from the first few weeks of operation – one hour and one minute compared to 26 minutes in its first month, according to the company’s figures.

SKT said there was now “great attention” towards Ifland from businesses and organisations, with more than 1,500 requests for partnerships.

And it seems the company has no plans to slow the metaverse momentum.

“Going forward, Ifland plans to continue its growth by opening up the platform to partners, introducing its own economic system, and expanding into overseas markets,” the company outlined.

Growth through M&A is also planned: SKT president and CEO Young Sang Ryu said during the operator’s earnings call that the company will pursue such strategic opportunities, initially through the acquisition of companies in the artificial intelligence (AI) and metaverse sectors, local newspaper The Korea Herald reported.

The company is keen to integrate any acquired assets into its existing businesses, rather than exploring initial public offering (IPO) or spin-out options, the newspaper noted.

Overseas deals, quick expansion and the addition of intellectual property into its metaverse platform were also emphasised by Ryu as top priorities for SK Telecom.

The operator has identified the metaverse, subscription-based platform T Universe, and futuristic mobility and enterprise IT infrastructure as its key areas of potential growth. Combined, they are set to amount to 36% of the company’s revenues by 2025, compared with 18% in 2021, according to the The Korea Herald report.

SKT is the biggest operator in South Korea, with 31.8 million mobile subscriptions at the end of 2021, up 1.6% year-over-year. Of those, nearly 10 million were subscribed to its 5G service. The operator now says it has broken through the 10 million mark for its 5G customer base.

Ryu took the helm at the operator in November 2021 when he outlined a new vision for the company to transform into an “AI & digital infrastructure service company” offering “customer-oriented” technologies and services.

The operator’s confidence in the uptake of the metaverse comes at an interesting time – days after Facebook parent Meta Platforms revealed disappointing results for its Q4 of 2021.

Its net income declined 8% year-over-year in the period to $10.3 billion, recording its first drop since 2019. In comparison, analysts had predicted profit of $10.9 billion, The New York Times reported.

Reality Labs, its metaverse division focused on creating AR and VR hardware, software, and content, lost nearly $10.2 billion in 2021 – due to efforts to put investment into the creation of the metaverse. It seems Meta’s sacrifice to build a version of the digital universe is a big one – and we’re probably about 10 years away (according to Meta CEO Mark Zuckerburg’s estimates) from seeing how this plays out in the mainstream.