What’s up with… BT, 5G in Malaysia, 5G in Tanzania 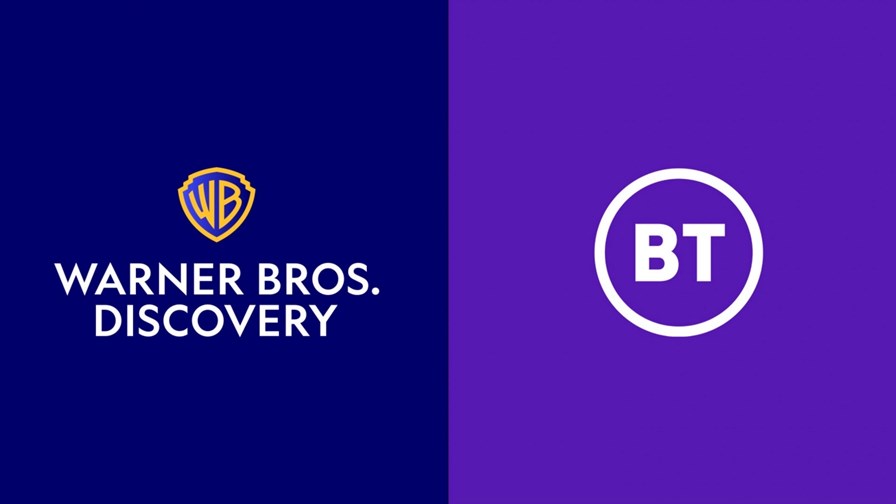 In today’s industry news roundup: BT has one foot out of the sports broadcasting door; Malaysia’s 5G mess gets stickier; Vodacom claims 5G bragging rights in Tanzania; and more!

BT and Warner Bros. Discovery have completed the formation of their 50:50 joint venture (JV) that combines the assets of BT Sport and Eurosport UK. BT Sport and Eurosport UK will retain their separate services for an unspecified period of time, but ultimately “the intention is to launch a new sports brand in the market and present this combined sports offering together with an entertainment offering from Warner Bros. Discovery,” the partners announced. The £633m JV deal was struck in May, and the expectation is that, in time, BT will exit the joint venture and sink its investments into core focus areas such as FTTH and 5G. Read more.

Malaysia is, it seems, unable to extricate itself from the messy saga that is its national 5G network plan. Domestic telcos Maxis and U Mobile have reportedly declined to take stakes in state-owned operator Digital Nasional Berhad (DNB), which has been tasked with building and running a single national wholesale 5G network. The development is a sharp contrast to reports in mid-August, which suggested that six major telco players, including Maxis and U Mobile, had agreed to split a 70% stake in DNB. But now, according to Reuters, the two companies have opted out of the plan because they don’t feel it would be beneficial for them to be minority stakeholders in the state agency. DNB has reportedly confirmed that two operators had rejected the proposals for stake purchases, without specifying names, adding that the four remaining telcos are still interested and will need to provide internal approvals for the plan to go ahead.

Meanwhile, other nations appear more fortunate when it comes to moving towards the next-generation cellular technology. The first ever 5G network was switched on today in Tanzania, courtesy of Vodafone Group’s subsidiary, Vodacom Tanzania. The service is non-standalone and is being made available initially in the city of Dar es Salaam, with plans to expand coverage to approximately 230 locations in the East African country. The company said the network will be available to users with 5G-compatible smartphones and to its fixed network customers through Vodacom’s 5G routers. Initially, speeds of up to 400Mbit/s will be possible, but the company hopes to offer more than 800Mbit/s in the coming months before the 5G spectrum is made fully available, allowing speeds of up to 1Gbit/s. According to Vodacom Group CEO Shameel Joosub, the move is bringing the continent “closer to the global digital economy through the latest generation of mobile technology”. See more here.

The share prices of the semiconductor manufacturers Nvidia and AMD have fallen as the US government introduces new restrictions on the sale and export of AI chips to China and Russia. With immediate effect, the US Department of Commerce requires chip makers and suppliers to obtain a new licence to authorise any such exports. Applicants must prove that the semiconductors they list for export cannot “be used in or diverted to a military end-used in China or Russia”. In fact, both Nvidia and AMD quickly stopped selling semiconductors to Russia after Putin ordered the invasion of Ukraine in February. A statement from the Department of Commerce says. “We are taking a comprehensive approach to implement additional actions necessary related to technologies, end-uses, and end-users to protect US national security and foreign policy interests. This includes preventing China's acquisition and use of US technology in the context of its military-civil fusion program to fuel its military modernisation efforts, conduct human rights abuses, and enable other malign activities.” Commenting on the new requirements, Nvidia filed a statement saying the de facto prohibition will “affect exports of our A100 and H100 chips”. The chips accelerate the rate of machine learning tasks as well as the bigger systems that include them. As the news broke, Nvidia’s stock price fell by 6.6% and AMD’s by 3.7% in after-hours trading in New York. Nvidia says the new licensing requirements will mean it could lose about $500m of sales to China, where “customers do not want to purchase the company's alternative product offerings or if the DoC does not grant licenses in a timely manner or denies licenses to significant customers". For its part, AMD says that although henceforth it will be unable to ship its AI accelerator MI250 chips to China, the prohibition will have minimal “material impact” on its business.

Between 1999 and 2019, Japan suffered two decades of economic stagnation, then came the Covid-19 pandemic and another contraction of GDP. A recent report from Deloitte shows that pent-up demand and the return of mass tourism are, at last, contributing to a slight recovery, but its full force is being blunted by surging inflation, continuing supply chain disruptions and the weakening global economy. However, despite 23 years of economic difficulties and having lost some of their 1990s lustre in the eyes (and pockets) of the public, Japan’s technology industries have remained innovative throughout. Not so the government. The notoriously inefficient and sluggish authorities still require businesses and members of the public to send required data to them, via post or courier, on floppy disks! Solid-state devices and electronic communications remain strange and suspicious new technologies to the Japanese government. According to Taro Kono, Japan’s reformist Minister of Digital Affairs, the Japanese statutes book lists 1,900 articles legislating that data be transmitted on floppy disks and “other physical media” (i.e. CD-ROMs and paper). A further 157 separate laws specifically require that “submissions” to government departments be presented on “optical disks, magnetic disks and magnetic tape.” Such media is now so antiquated that they cannot be bought in shops but are sometimes to be had, at very high prices, via “retro technology outlets”, which, of course, operate online. Ironically, the laws themselves are so old and outdated in their definitions that none of them actually specify any mechanisms for online communication. Sony stopped selling floppy disks in 2011. They are now as rare as hens' teeth. Now Kono is on a mission to drag parts of the government machinery into the 21st Century and has “declared war” on the old comms media as part of his determination to drive digital transformation down the corridors of power and through the intricate and frequently obstructive bureaucracies that characterise so many government ministries in their relations with enterprises and the public. Kono, who has been tipped as a future prime minister, is promising that “soon” the laws and regulations will be changed to enable businesses and the general public to communicate with government departments online. However, the minister admits it will be “quite some time” before the use of the dreaded “hanko” or “inkan”, the carved document sealing stamp that has been in use since at least 1600AD and remains in ubiquitous use throughout all government departments and agencies to this very day, finally disappears.

And now... a gas station in space! Satellites and other orbital spacecraft can carry only a limited amount of fuel in addition to their commercial payloads. So, what with having to dodge out of the way of the latest space-bound equivalent of a murmuration of starlings (look them up, they are exquisite) being flung, willy-nilly, into the heavens by a trillionaire with an ego the size of Abyssinia, the ongoing hazards of circulating space debris and routine re-positioning exercises, many satellites are more or less running on fumes as their fuel reserves dry up. Now OrbitFab, a US startup, is coming to the rescue. The company claims that by 2025, it will have a filling station in space available to refuel satellites. The service will be a bit pricey though... it'll cost US$20m to top up the tank. OrbitFab says there’s a niche in the market, as the many commercial endeavours launching thousands of satellites want their orbiting hardware investments to stay up and operational for much longer than has been the case hitherto. OrbitFab’s plan is to build and launch a refuelling centre in geostationary orbit 300km above the earth. Shuttles, filled with hydrazine, a favoured and proven long-term storable propellant used to manoeuvre the thrusters on space vehicles, will be despatched from the ‘gas station’ and visit spacecraft needing a refill. Not only that, any space vehicle fitted with a suitable docking equipment could themselves connect to the Orbit Fad fuel depot in space and then visit satellites etc needing a top-up. That docking equipment will be Orbit Fab’s “Rapidly Attachable Fluid Transfer Interface" (RAFTI). Interestingly, Astroscale, an in-orbit space debris removal and satellite sustainability and life-extension company, has signed a contract to be Orbit Fab’s first customer. It will supply Astroscale’s Life Extension in Orbit (LEXU) geostationary satellites with 1,000 kilos of xenon propellant. The satellites will be launched in 2026. In a statement, OrbitFab’s co-founder and chief development officer, Jeremy Schiel said both government agencies and private operators have "expressed explicit interest to get refuelled in the next three to five years." He added that the design of the ‘gas station’ system is “basically done, and the company is now focusing on the fuel shuttles.” And what about the thousands of spacecraft in orbit today that don’t have RAFTI connectors? Well, it’s all rather complicated. According to Jeremy Schiel, OrbitFab will perforce rely on third-party vehicles that are compatible satellites already in orbit as well as Orbit Fab's own docking technology. In other words, in the early years, the tail will very much be wagging the dog. Schiel emphasises, though, that that Northrop Grumman vehicles have compatible hardware as well as Astroscale, so Orbit Fab won’t be a one-trick pony. He says, “They can go service the legacy satellites and we can service the servicing vehicles that are coming online. Eventually, when everyone's flying a RAFTI fuelling port, we can start going directly to them." So, eventually, then, but no date has bene given.