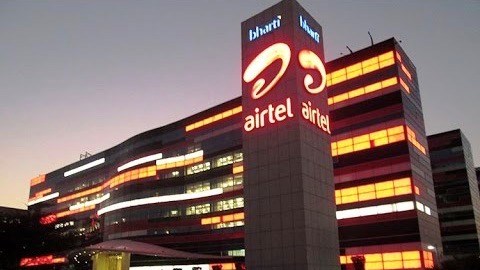 It’s a big day for major corporate restructuring as Bharti Airtel shuffles its pack, SK Telecom plans to do the splits and Dell decides it’s time to part ways with VMware… just as the two of them help to form a new industry group that’s aiming to rearchitect the Internet!

Giant Indian operator Bharti Airtel has announced a new corporate structure that involves folding its digital services arm Airtel Digital – which houses assets such as Wynk Music, Airtel X stream, Airtel Thanks, Mitra Payments platform, Airtel Ads, Airtel IQ, Airtel Secure, Airtel Cloud and all future digital products and services – into the main listed company, Bharti Airtel, and forming a new subsidiary, called Airtel Limited, which will “house” its telecoms businesses in India. Its Telemedia subsidiary, which offers direct-to-home TV services, will sit alongside Airtel Limited initially but eventually be merged as part of its National Digital Communications Policy (NDCP) strategy. The move will give Bharti four “distinct verticals” for its business – digital, India (airtel Limited and Airtel Payments Bank), international (including Airtel Africa) and infrastructure (towers and other shared and common assets). The move will make it easier for Bharti Airtel to attract external stakeholders in a way that its rival Reliance did with its Jio Platforms business last year.

SK Telecom is to split into two companies to maximize the value of its operations, but its telecoms operations will all still remain in the core “surviving” company, which the South Korean operator is referring to as its ‘AI & Digital Infra Company’. SKT has developed many new subsidiaries in recent years that have become successful in their target markets, and now it wants to separate them and allow them to become their own listed companies with their own management teams: One example is SK Hynix, which has grown to become the world’s second largest memory chipmaker; while another is ADT Caps, which produces and offers a wide range of security services and products. For further details, see this press release.

The other big corporate news today is the planned separation of Dell and VMware: For the details on that, see this news analysis story. And speaking of VMware and Dell...

The Internet, it seems, needs more of an edge… VMware, Vapor IO, Dell Technologies, DriveNets, MobiledgeX and PacketFabric are the founding members of the Open Grid Alliance (OGA), which “aims to rearchitect the Internet.” Well, if you’re going to set yourself a task, it might as well be a big one… At the heart of what these companies appear to be aiming to achieve is a decentralized Internet, or (if looked at from another angle) a much more distributed Internet. “The Internet was built from the core out. Now we need to rebuild it from the edge in,” said Cole Crawford, founder and CEO of edge infrastructure company Vapor IO. There’s no doubt this is a very interesting and able set of companies, but how much impact can it have unless AWS, Azure, Google Cloud, Alibaba et alare on board and helping the cause? I recommend a read of this opening gambit and assign it a watching brief… Read more.

Cato Networks, which claims it’s the provider of the world's first SASE (secure access server edge) platform, has partnered with Japan’s KDDI to deliver Cato SASE services across North America, Europe, and the Asia-Pacific region. SASE (pronounced Sassy) is a relatively new security concept that has really taken off in the wake of the security challenges brought on by the pandemic when employees dispersed to work from home. The SASE architecture identifies users and devices, applies policy-based security, and delivers secure access to the appropriate application or data. This approach allows organizations to apply secure access no matter where their users, applications or devices are located, which makes it highly appropriate for today’s network security needs. More detail can be found in this press release. Cato claims solving emerging business challenges with point solutions leads to technical silos that are complex and costly to own and manage, but SASE changes this and means companies can securely connect all edges (WAN, cloud, mobile, and IoT).

Nokia has struck an agreement with the National Cable Television Cooperative (NCTC) to “aid and expedite its member companies’ broadband service rollouts and expansions. Nokia will provide NCTC members, of which there are more than 700 across all 50 US states, with “tailored” FTTx solutions. NCTC’s members serve about 15 million consumers with broadband service across 3,000+ communities, many of which are smaller and located in rural areas. Several NCTC members had winning bids in the Phase I Rural Digital Opportunity Fund (RDOF) auction, receiving awards to bring high speed fixed broadband service to rural homes and small businesses that lack it. Read more.

How many satellites can the earth’s atmosphere handle? And how many are needed to provide Internet access to rural areas? Well, it seems like the numbers just keep growing and growing because despite the thousands already in orbit and the plans of Elon Musk and others to add more ‘birds’ to the sky, there’s always one more company with plans to send more metal into space in an effort to ‘connect the unconnected’. The latest is Astranis, which has just raised $250 million from multiple investors (including big names such as BlackRock, Fidelity Management and Andreessen Horowitz) to fund its telecom satellite network plans. Astranis, which has now raised more than $350 million in total, believes it can build and operate a more efficient network of geostationary birds by developing a microsatellite platform that weighs just 350kg (about 20 times less than traditional satellites, it claims) and which can be managed using a proprietary software-defined radio system. The company says it’s already underway with its first commercial program, which involves launching a single satellite to provide broadband Internet connectivity for the whole of Alaska: That satellite is set to launch later this year. Read more.

Vodafone Italia has launched a new cloud-based gaming service called GameNow for its 5G customers. It includes a catalogue of 90 on-demand games, including racing, action, adventure, sports, fighting and platform titles, with new games to be added on a regular basis. Read more.