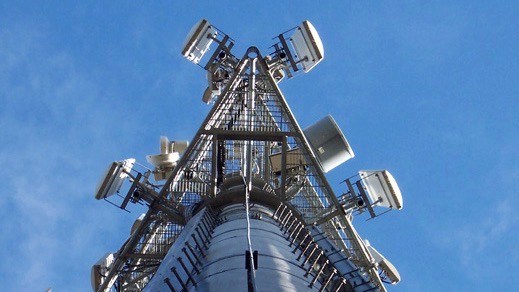 Another set of tower mergers has been set in motion in Australia, Belgium and Japan with more deals to come, while DT signs a deal to provide Wi-Fi infrastructure across Europe and the huge growth in streaming services may be over.

Another day, another towers M&A deal… Australia Tower Network (ATN), which is owned by Singtel and AustralianSuper, has agreed to acquire independent towers firm Axicom for A$3.58 billion (US$2.69 billion). Axicom owns and operates about 2,000 sites in metro and outer-metro locations across all eight states and territories and major cities in Australia. AustralianSuper acquired a 70% stake in ATN, which also operates about 2,000 sites (with another 565 under construction), from Singtel in November 2021. Following the Axicom acquisition, Singtel’s shareholding in the combined ATN/Axicom business will be 18%, with AustralianSuper at 82%. Read more.

Still on towers… The scramble to gain scale and an advantage in the wholesale towers sector has intensified in recent times. In the past week alone, DigitalBridge acquired Telenet’s towers in Belgium and JTOWER struck a deal with NTT DOCOMO in Japan, while speculation continues to swirl around Vodafone’s Vantage Towers. 2022 will no doubt see plenty more deals… with the fate of Deutsche Telekom’s towers business being the big news that everyone is waiting to hear about in Europe.

Smart Wi-Fi infrastructure vendor Airties has landed a plum deal to provide its Airties Edge and Airties Cloud software to Deutsche Telekom for deployment across Europe. “Providing exceptional home broadband is of paramount importance to Deutsche Telekom, and that includes delivering the best possible Wi-Fi to our customers,” said Pedro Bandeira, Vice President of Product and New Business at Deutsche Telekom. “After examining the market, we selected Airties because of the proven quality, scalability, and versatility of their Smart Wi-Fi portfolio. We look forward to bringing these advanced Wi-Fi capabilities to our customers in the months ahead.” Read more.

Inflation up, streaming service subscriptions down? During the worst of the Covid-19 pandemic (so far anyway) and the consequent lockdowns, many millions of people around the world took out subscriptions to content streaming providers such as Amazon Prime, Disney +, Netflix and a myriad of other SVOD platforms. Even a couple of years ago, those services were not cheap and having multiple subscriptions meant hefty monthly bills for entertainment services. Since then, prices have risen and taken in concert with the tsunami of inflation that now is wreaking havoc across much of the world, families are looking at what costs they can cut and what savings they can make. Streaming video is an obvious area. That’s why it’s interesting to learn from Deloitte’s 2022 Digital Media Trends survey that the churn rate for streaming services in the US is 37 per cent while in the UK, Europe and Japan it is 30 per cent. It is also possible that as belts are tightened further, churn rates will increase which will be very bad news for the streaming media providers in increasingly fierce competition for a part of the rapidly reducing pot of domestic disposable income. As Jana Arbanas, the head of US Telecom, Media and Entertainment at Deloitte says, “Streaming companies are going to have to grapple with this consistent volatility with subscribers.” One way to do that is to ensure the right content is targeted to the right people at the right price. As Jana Urbana’s adds, “Content is what drives people to a platform, it is cost that makes them leave.” Quite what the streaming platforms can do about that, at a time of the worst inflation in more than 50 years and the concomitant decline in the real value of wages, remains to be seen.

When top down planning gets wheelspin. Vodafone says there are  gaps in the EU’s much vaunted digital decade goals partly because European business is not cloudifying as fast as the commission’s plan says it should. According to the findings of a report  prepared by Deloitte LLP for Vodafone Group, there are a number of areas where performance has fallen short and ‘Digital decade 2030’ is in danger of flopping as a result. For instance, Deloitte reports that:

“Cloud services can help increase data security, drive efficiencies, help companies scale, yield insights and reduce costs for businesses, meaning they are critical to their overall success, ability to grow and support Europe’s overall competitiveness,” points out the report. Most deserving of a severe scolding is the SME sector where ‘digital intensity’ has remained relatively flat over the past five years, with the average annual growth rate across the EU between 2016-2021 standing at just 2%, with some countries going backwards. In fact the goals and Europe’s progress towards them are so far out of sync (75% out of sync, for instance) that someone somewhere must be questioning whether setting up specific goals and then watching the resulting huge underperformance just might mean that the whole top-down approach is flawed?  Read Vodafone’s press release on the report.

Giving the SPACs a smack. The US Securities and Exchange Commission is to introduce regulations to curb the worst excesses of the Special Purpose Acquisition Companies (SPACs) and their sponsors by making them financially liable for the unsupported and ludicrous over-egging, over-promising and remorseless hyping of companies to private investors that characterises so many of the efforts to take putative start-ups public without all the fuss, bother and legal niceties of going for a closely-regulated Initial Public Offering (IPO) involving detailed and expensive due diligence. Bloomberg reports that the changes will “clarify that investors can sue over inaccurate special purpose acquisition company forecasts." SPAC’s have sponsors, such as hedge funds and specialist investor groups with their eyes on the main chance. They raise cash via a “blank check” IPO (or “blank cheque” if you are British or Irish). What it means in practice is that smaller investors are buying into a company that does not yet exist as a trading entity, has no trading history, no business plan and no assets. What could go wrong? Well, unsurprisingly, quite a lot. SPACs are popular with their sponsors because public investors have none of the protections that they would have if a flotation was a regular IPO. With a SPAC, sponsors have two years to identify a company to merge with and, later, take public. However, when a company is singled out as a suitable merger candidate, the investors in the original SPAC IPO can redeem their shares at that point and don’t have to take the risk of what will happen when the merger is completed and the new company floats. In other words, they can’t lose. Research shows that for every US$10 SPAC IPO share price it delivers just $5.70 in net cash while $4.30 of each share is neatly extracted by the sponsors, underwriters and so on when they cash out early. So, when the floatation takes place the share value realised must be sufficiently high to cover the excised costs, and very often that is not the case and private shareholders money goes down the drain. If ever regulation was needed it’s needed here. And perhaps a class action suit or two.

Molecular electronics are back on the agenda. Thirty and more years ago, much R&D money went into efforts producing a different type of electronic memory to that used in the computers of the time (and since). The idea was to use molecular electronics based on the application of single molecules that permit microprocessors to be more densely packed and thus much more powerful. It was hoped that the new chips would make redundant comparatively cumbersome silicon-based processors and so change the world. They didn’t. Now though, a San Diego, California-based start-up, Roswell Biotechnologies, is looking again at the technology and is working to integrate individual, single molecules into electronic biosensor circuits. The company says that if its efforts are successful the result will be a cheap and easy way to detect viruses, identify and isolate environmental poisons and also to record and measure, in real-time, the efficacy of new pharmaceuticals. Reported first in the splendid and ever-interesting MIT Technology Review the latest Roswell Biotechnologies advances were published in the January 2022 issue of the venerable “Proceedings of the National Academy of Sciences of the United States of America” the famous, and influential a peer-reviewed multidisciplinary scientific journal. It shows that the company recently and successfully fully integrated a set of 16,000 functional molecular biosensors with the circuitry of a semiconductor chip. The experiment demonstrated that such chips can be made with existing fabrication methods at commercial scale and at the cost of a few dollars a unit. This, says Roswell, is evidence that, within a reasonable time frame, it should be possible to mass produce “universal biosensors” via modern chip fabrication methods. Central to the Roswell circuits are molecular ‘wires’ comprising a chain of amino acids connected to the rest of the chip in the same way as a traditional metallic wire connection would be. A sensor is then created by attaching a molecule to the other end of the wire so that when it interacts with its intended target (a strand of DNA or an antibody, for example) its electrical conductivity changes and is recorded on the chip. Thereafter specialist software extracts details of the corresponding interaction. How about that?