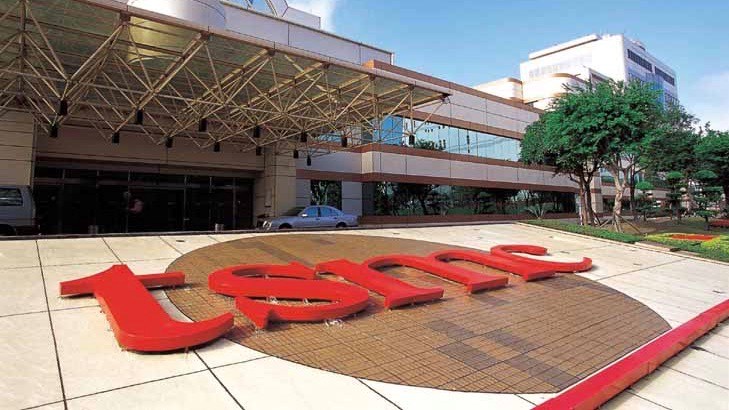 Construction of the first and huge microchip fabrication foundry being built in Arizona, in the US, by the Taiwan Semiconductor Manufacturing Company (TSMC), is nearing completion and mass production of 4nm chips will begin in just over a year’s time. In recognition of the importance of the development, President Joe Biden and other ‘worthies’, including Tim Cook, the CEO of Apple (of whom more later), made the journey down to the Grand Canyon state to celebrate the arrival in Phoenix of the first shipment of six leading-edge microprocessor manufacturing machines. And not only that, TSMC is doubling down and building a second fab close by.

Amid the back-slapping and mutual congratulations, Biden heard TSMC’s founder, Dr Morris Chang, telling some political home truths: Geopolitical and trading relations between the US and the People’s Republic of China are bad, and getting worse, as the communist regime becomes increasingly assertive and aggressive.

The PRC has made renewed threats, backed up by huge military drills and incursions into Taiwan’s territorial waters and airspace, to invade the island and “reunite” it with the motherland. If that happens, state-of-the-art technology manufacturing will be taken over by the invaders and supply chains of vital semiconductor supplies to the west will, at best, be greatly disrupted and, at worst, curtailed altogether and perhaps indefinitely.

Dr Chang said the world is witnessing a profound change to the global geopolitical situation. It is marked by the “death of globalisation”, the long period of growing interdependence of the world's economies, cultures and populations, which was brought about by cross-border trade in goods and services and technologies and free-flowing investment, that began in the 1960s and 1980s and reached a peak in the 1990s and 2000s. He added the ongoing demise of globalisation is being accelerated by the end of the drive to global free trade, which he described as “almost dead”. Dr Chang concluded: “ A lot of people still wish they [globalisation and free trade] would come back, but I don't think they will be back. The tech industry may never look the same again.”

Dr Chang’s sentiments were echoed by TSMC’s CEO, Dr C.C. Wei, who wrapped a potent political statement in a few bland words, ostensibly celebrating “an historic milestone” marking the company’s “dedication to building a semiconductor ecosystem here in the USA in order to better serve our customers.” He added: “This project is truly a testament to the grand alliance TSMC has formed with customers, suppliers and partners to further our collaboration and unleash innovation.” The chairman of TSMC, Dr Mark Liu, reinforced the points previously made by his colleagues: “We are thankful for the continual collaboration that has brought us here and are pleased to work with our partners in the United States to serve as a base for semiconductor innovation.”

Bringing it all back home

The agreement will please Apple’s Tim Cook who, for some years now, has been pressing the US authorities to foster a policy of bringing chip production back into Uncle Sam’s house on the prairie and reducing reliance on China. That said, on 5 October this year, the Wall Street Journal reported that a list of Apple suppliers it has acquired showed that about 95% of all iPhones are still made in the People’s Republic of China, with 80% of them coming from just one giant plant in Zhengzhou. Apple is, though, slowly and carefully moving manufacturing away from almost total dependence on China with production facilities now operating in India, Mexico and Vietnam and, obviously, the more new facilities that are built in the US, the easier (but a lot more expensive) it will be to make i-kit at home.

TSMC is the world’s second-largest microprocessor manufacturing company and is renowned for its commitment to spending huge sums on R&D to keep it at the vanguard of the leading-edge microprocessor sector. In the event of an invasion of Taiwan by mainland China, TSMC would obviously be a prime target for the invaders to take immediately and, if not intact, then at least with minimal damage. Three months ago, TSMC chairman Mark Liu made explicit reference to such a possibility saying that “no one can control TSMC by force” and that an invasion would immediately render its Taiwanese assets inoperable because the production facilities “depend on the real-time connection with the outside world: With Europe, with Japan, with the US”. Not only that, it is widely rumoured that plans and systems are in place to reduce foundries to rubble should a war start.

Such strategies are sensible and practical but disquieting and the US, the UK, Europe and other western nations are planning to end their over-heavy reliance on chips from Asia by bringing manufacturing back home and building their own factories or, as in the case of TSMC in Arizona, partnering with Asia chip makers and inviting them to construct manufacturing facilities on another country’s home turf.

When the TSMC Arizona foundry goes operational in 2024, it will use the company’s N4 process technology, which is an enhancement of its proven 5-nanometre (N5) platform that delivers an 11% performance increase over the original N5 technology. Not only that, but TSMC is also building a second foundry in Phoenix using 3nm process technology. It will go live in 2026.

Taken together, the investment value of the two projects is more than $40bn and will constitute the largest-ever direct foreign investment into Arizona, whose state motto is “Ditat Deus” which, translated from the Latin means “God Enriches”. Or, in this case, Taiwan does, and not just Arizona. The deal is one of the biggest ever direct investments into the US by a foreign company in the history of the US itself. By 2026, when both fabs are working, they will manufacture at least 600,000 wafers per annum. That's a lot of chips.

A green oasis in a hot brown landscape?

Arizona is famously hot and arid and it’s getting hotter, drier and, well, arid-er. That’s why TSMC is burnishing its green credentials and is to construct an onsite Industrial Water Reclamation Plant at the new manufacturing facility which, the company claims, will “achieve ‘near zero’ discharge of water”, and fab foundries do use a huge amount of it. A company statement boasts: “When complete, TSMC Arizona aims to be the greenest semiconductor manufacturing facility in the United States, producing the most advanced semiconductor process technology in the country, enabling next-generation, high-performance and low-power computing products for years to come.”

Looking to the future, TSMC says it wants to ensure that its Taiwan facilities will always be a chip-generation ahead of anything its plants in the US can build. Such a goal presupposes that China won’t invade, but few people would bet on that in the long term – or even medius term, come to that. Strategically, it seems most likely that the US will, perforce, turn to Intel, the nation’s biggest home-grown chip maker, to boost its technological capabilities and leapfrog TSMC to put the States in the driving seat of microprocessor technologies.

It’s big ask; Intel has serially missed revenue and earnings targets over the past couple of years, its share price is down and the company is in the middle of a hugely costly but vitally necessary turnaround strategy and change programme as it spends billions of dollars to try to take back the technical lead it squandered when its top management took their eyes off the ball.