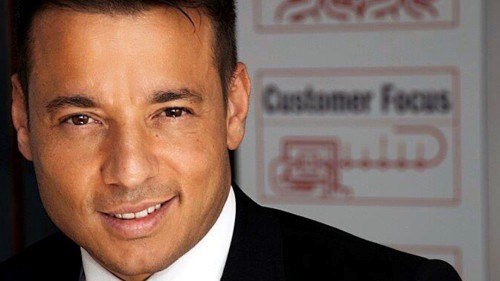 Italian national operator TIM has appointed yet another new Chief Revenue Officer, its third in just over two years, as it seeks to capitalise on its recent premium content push.

The Italian incumbent this week announced a management reshuffle that will see former tech chief Stefano Siragusa (pictured above) step into the Chief Revenue Office, while Nicola Grassi becomes Chief Technology & Operations Officer, handing over his role as head of procurement to Paolo Chiriotti, a TIM veteran with 30 years at the company under his belt, mainly in HR positions.

In a short statement, TIM said the changes will enable it to optimise its in-house resources as well as to launch "some important development projects," in line with its current strategic plan, which covers the 2021-2023 period and is dubbed 'Beyond Connectivity.'

The most noteworthy change is the aforementioned appointment of Siragusa as Chief Revenue Officer, a role that is starting to look like something of a revolving door.

TIM set up the Chief Revenue Office in January 2019 and conferred on it the responsibility for ensuring the operating margin of retail customers at its domestic operations. In addition to being charged with maximising revenue, profitability and market share, the unit also has a role to play in the telco's go-to-market strategy, its marketing plans and offers, the commercialisation of products and services, and so forth.

The first head of the office was Lorenzo Forina, a former consultant who had also led TIM's consumer marketing operations and its business arm. That seemed to make a lot of sense, but Forina only lasted for just more than a year before TIM thanked him for "the significant professional and managing contribution given to the group," and handed the role to Federico Rigoni instead.

Rigoni – whose career history includes stints at the helm of the Italian units of both Nokia and Ericsson – was a relative newcomer to the telco, having joined in April 2019 as Chief Procurement Officer. TIM said his appointment was about strengthening the commercial strategy of the group in light of the new opportunities offered by 5G, content distribution, and new products and services linked to the cloud, edge computing and IoT.

The more forward-looking focus made sense, but was Rigoni the right man for the job?

It appears not. After less than 18 months he is leaving TIM by mutual consent, and TIM's reluctant to talk further about that.

However, the nature of the job does not appear to have changed a great deal. TIM's 2021-2023 strategic plan, as its name suggests, is about looking at new technologies and services, and adjacent industries, following on from the previous plan, the focus of which was on deleveraging and shoring up the basics.

And, despite his background in technology, Siragusa might just fit the bill this time. He has been with the telco for three-and-a-half years, joining as Chief Infrastructure Officer and holding a number of similar roles until he took on the Chief Technology & Operations Office, which came into being in its current guise in April.

His appointment is essentially about putting someone with market knowledge, who has performed well on the networks side, into a position in which he can translate his experience into sales. And for TIM, much of the current sales push is around content, its recent football deals, which have attracted some controversy, being a major part of that. It will be Siragusa's job to turn goals into gains. (See TIM 'amazed' as Sky kicks off over football deal in Italy.)

Rumour has it that Siragusa was previously earmarked for the Chief Revenue Officer job under former chief executive Amos Genish, who was removed from his role just weeks before the unit was officially formed. Had that appointment gone to plan, we might not have seen the occupant of the Chief Revenue Office chair change so frequently. Now its up to Siragusa to stop that office door from revolving.