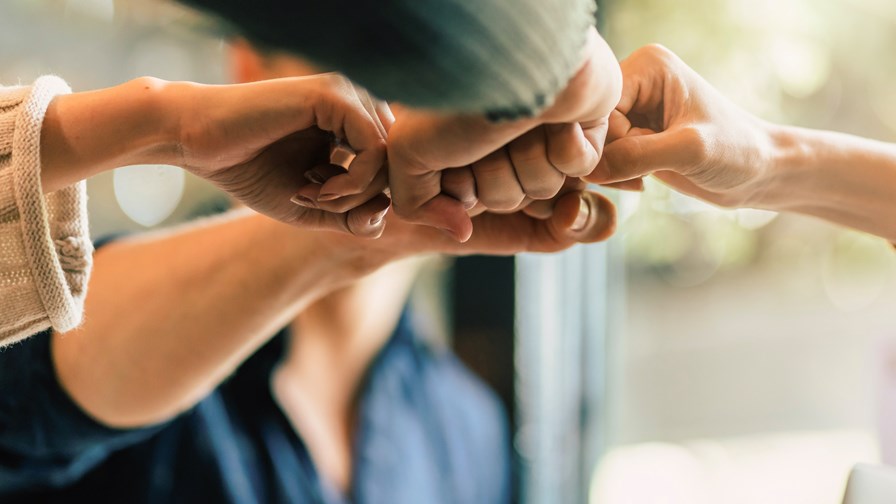 The telco view of the hyperscalers has shifted during the past year or so: Much of the previous suspicion has evaporated, with many traditional network operators striking partnerships with the likes of AWS, Microsoft Azure and Google Cloud, the latest of which involved BT. (See BT embraces ‘The Digital Way’ with Google Cloud.)

This new mood has been underpinned by important technology developments and political changes that may have given telcos confidence that they’re not going to be steamrollered or converged by what today looks like unstoppable cloud business growth.

In this article, I’ll list what I see as the ‘Top Five’ reasons that telcos should be (relatively) cheerful about their place in the world.

The favourite topic at the recent TelecomTV Great Telco Debate revolved around many responses to the question: ‘Can CSPs create real value through hyperscaler partnerships?’ The level of interest and the searching questions indicated that not everyone had made the full journey to embrace the  telco/hyperscale partnership concept, but the responses from the expert panels indicated that – officially at the highest level – things are moving strongly in a ‘yes’ direction.

The hyperscalers have spent the pandemic years enhancing their abilities to host telcos’ network functions (wireless and fixed) and assembling them into branded telecom infrastructure offerings. We now have Microsoft's Azure for Operators, and Google's Anthos for Telecom, while AWS has also armed itself with a range of technologies and alliances to make itself attractive to telco partners.

So, stepping back a little – does all this activity translate as industrial aggression? Are the hyperscale cloud giants building up the tools and expertise that would result in them taking over the telco business?

The simplest answer to that is ‘no’, for a host of reasons (I’ll get to them). There’s a very obvious one that was brought up early in The Great Telco Debate.

Reasons to be cheerful Part 1.  They don’t want to.

It’s taken many in the telecoms industry a fair old while to figure it out, but the signs are all there. The hyperscalers are already in trouble over ‘big tech’ tax issues, privacy, security and alleged abusive market behaviour, especially in Europe where many governments remain hostile.

Taking over, or even merging with, a major telco to enable some useful vertical integration would not go down well on both national security and competition grounds - assuming it would be allowed by regulatory authorities in the first place. And which of the hyperscalers want to find themselves saddled with regulatory oversight for their networking activities? None of them.

Reasons to be cheerful Part 2. Telecoms is hard, best leave it to the experts

Given the importance of connectivity for cloud applications and the complexity of delivery, hyperscalers, cloud users and the broader cloud industry would find their business models better served by having telcos competing with each other to connect corporates and consumers to and between their cloud or clouds, instead of attempting to adopt telecom connectivity in a major way themselves, a point brought up by Johan Christenson, CEO of Sweden-based City Network during the Great Telco Debate.

Reasons to be cheerful Part 3. Cloud is where the two dominant IT traditions meet. Care is required

In this converging cloud world, telcos may have to grapple with non-telco concepts, like cloud native, but equally hyperscalers understand there’s a huge degree of complexity in the telecom domain.

The fairly obvious answer might involve carefully designed partnerships between telcos and hyperscalers to connect cloud native applications, leaving each side to get on with what they do best, all the while learning more about the ‘other’ technologies. AT&T’s dramatic exit from the content business and its deal with Microsoft Azure, which saw the hyperscaler take over the development of the operator’s Network Cloud (and which it is now taking out to the broader market), delivered a shock to the industry. AT&T basically handed over the whole cloud-based nitty-gritty to Microsoft, seemingly unworried by the degree to which it had given up being the technology master of its own destiny. The two sides also have an overall business model difference which can make for a bumpy ride in any partnership arrangement. Investors see telcos as long term steady bets, while the cloud business exhibits more of the classic ‘be bold and fail early’ behaviour and is driven by software, while the networks that serve it are more constrained by their infrastructure with its long payback periods.

Reasons to be cheerful Part 4. Big fish don’t get it all their own way in this pond

When it comes to questions of dominance and how things might be regulated to stop the sort of distorting behaviour we’ve seen in previous technology generations, it’s turned out that the cloud environment doesn’t yet favour the emergence of a single dominant player. Scale always plays a part, of course, but so far there appears to be a limit on how far size alone equips the biggest player with the sort of market power that made the likes of IBM or Microsoft antitrust targets in the past.  That could all change, but at the moment all the players are intent on avoiding accusations of lock-in or of being in any way limited via the actions of a partner or supplier.

Reasons to be cheerful Part 5.  A diversity of relationships is viewed as key

In effect it appears that there’s little to no requirement for exclusivity in telco-to-cloud-to customer relationships. This puts the skids under any motivation to deploy old fashioned market abuse. For instance, observers agree that telcos are likely to end up with arrangements with all three hyperscalers and other cloud players besides, such as software as a service (SaaS) platforms, many of which will be hosted on the hyperscalers’ infrastructure.

According to IBM executive Andrew Coward, speaking at The Great Telco Debate, the applications tend to be spread between the clouds. “It’s not just a simple question of being in one or the other,” he says. He maintains that IBM is charting a ‘third way’ between the “hand it all over to us to do,” and the  “do it all yourself” alternative cloud approaches sometimes presented to telcos.

There was a similar line to that voiced by from Sanjay Mewada, Worldwide Marketing Leader at Microsoft, where he leads the international marketing for the Azure for Operators initiative. He says Microsoft has no intention of competing with the telcos “in any way, shape or form. We want to be the partner,” he says.

And he echoed Coward’s view that telcos are bound to use a range of approaches and partners on their journey into a cloud native world.

“It’ll be a combination of on-premises and hybrid along with cloud and with other elements consumed ‘as a service’. No matter what their choice, we will drive it that way,” he promised.

So not only do the big cloud players claim they do NOT want to grab telco territory, they recognise its complexity and the need to go carefully, with their telco partners leading the way.  On the other hand, telcos want to build their capabilities to host and deploy cloud native functions, in support of their 5G services in particular, but also into other service-supporting applications. It’s not envisaged that this could excite turf friction with hyperscalers.

BT Group’s Chief Technology Officer, Howard Watson, in a recorded segment for the Great Telco Debate, says BT is rolling out what it calls its ‘Network Cloud,’ supporting its own cloud native solutions for hosting key network functions, such as the 5G core.

“I think this will sit alongside solutions from some of the hyperscalers. It’s quite critical that we’re able to deliver low latency services to customers and to allow developers from, say, the AWS ecosystem to be able to write applications to use that low latency,” he said.

In summary, the takeaway from The Great Telco Debate is arguably that diversity should be key for telcos – going with one hyperscaler (or just going with hyperscalers in general) is not going to be the right partnering approach.

Placing ALL your chips on hyperscalers will not be the way forward for the telco community.