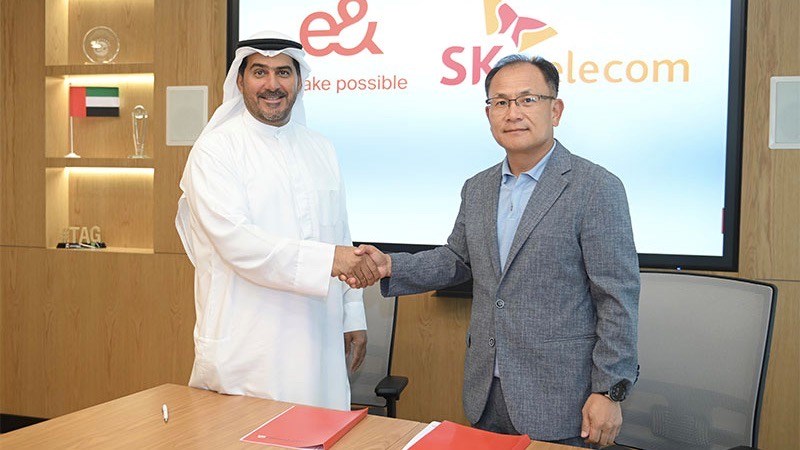 When it comes to the metaverse, SK Telecom isn’t hanging around. The innovative South Korean telco was quick out of the traps with the development and commercial launch of its own extended reality (XR) platform in its domestic market last year and is now aiming to become the key partner for other telcos that have been slower off the mark with their own metaverse research and development but want to start offering and monetising XR services as soon as possible.

SK Telecom (SKT) launched its ifland metaverse platform in South Korea in July 2021 and by the end of June this year was attracting 1.63 million monthly active users, while the user software needed to experience the service had been downloaded by 8.7 million people, the operator noted in its second-quarter earnings report.

Then in May this year, SKT announced a collaboration with German telco giant Deutsche Telekom, which will result in a version of the ifland platform being launched for the German market before the end of this year, before being expanded to other DT markets across Europe – see Deutsche Telekom to bring SK Telecom’s metaverse to Europe.

Now SKT has teamed up with regional communications networking powerhouse e& (formerly known as Etisalat) to “jointly promote the metaverse business” in Middle East markets where e& has operations, namely the UAE and Saudi Arabia. (Note: e& also has operations in 12 markets in north and east Africa as well as in Pakistan and Afghanistan, but the memorandum of understanding signed with SKT appears to cover only the Middle East, at least for now.)

According to the new partners, “e& will provide SKT with insights on customers, business model development and service offerings. SKT will develop a metaverse service optimally designed to fit the needs of its customers in the Middle East by fully leveraging its expertise acquired through successful operation of its metaverse service in Korea. In particular, SKT will localise the service by creating iconic landmarks and cities of the UAE within the metaverse, as well as developing special avatars and digital fashion clothing such as traditional costumes that reflect the Middle Eastern culture.”

The two operators plan to initially test metaverse services in the Middle East with some e& customers, then analyse the “service experience and usage patterns to verify service marketability in the region.”

News of the partnership comes only days after e& used the Gitex trade show taking place in Dubai to announce the soft launch of e& universe, its metaverse experience, co-developed with device manufacturer HTC, which is virtually hosted on Mars, and a retail XR experience, developed with Huawei.

In addition, SKT and e& are using Gitex to host a booth that lets attendees try out metaverse experiences.

“Following our major announcement on the metaverse with e& universe at Gitex Global 2022, the partnership with SKT to develop the Metaverse Service is another major step forward as we stay invested in building a robust metaverse ecosystem in the ever-evolving immersive virtual world,” noted Khalifa Al Shamsi (pictured, above), CEO at e& life, the operator’s digital services unit. “The metaverse offers limitless possibilities, opening doors to engaging with customers in innovative ways as they participate in heightened interactive experiences that were previously unimagined. This collaboration will be the start of a new journey as we continue to identify key opportunities to fuel these experiences and build a virtual world that contributes to a brighter, digital future.”

Ha Min-yong, chief development officer (CDO) at SKT (also pictured, above), added: “Through partnership with e&, we expect to deliver new and differentiated metaverse experiences to customers in the Middle East and develop global opportunities for our metaverse service. Going forward, we will expand our cooperation with e& to other areas of ICT,” he added.