Rise of the eurochips: EU targets €43 billion for local production 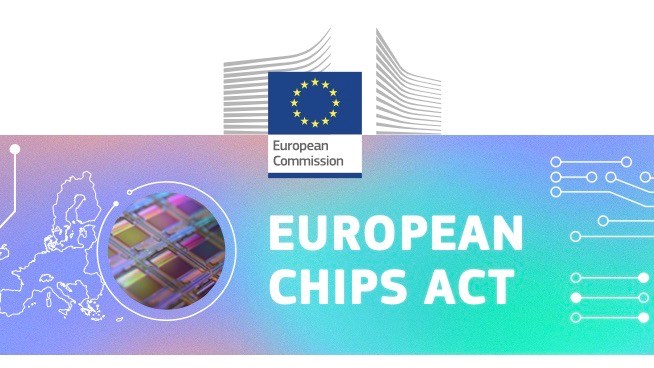 The European Commission (EC) has outlined a plan to unlock additional investments in Europe’s chip manufacturing sector, a move designed to improve resilience to supply shortages and reduce the region’s dependence on Asia and North America for the semiconductor products needed by so many companies, including those in the IT and communications networking sectors.

According to the Commission, the European Chips Act, proposed today, will directly lead to additional public and private investments of more than €15 billion, adding to earlier backing from its Horizon Europe and the Digital Europe programmes, as well as additional support planned by member states of the EU (European Union), such as measures in recovery and resilience plans, and national or regional funds.

In total, investments from public and private parties is expected to exceed €43 billion by 2030.

The chip production plan announced today by the EC aims to guarantee the region’s “security of supply, resilience and technological leadership” in the semiconductor field.

Among its goals is to double the EU bloc’s current market share in chipmaking to 20% by 2030.

The EC’s measures include:

The Commission also called for the member states to “immediately start coordination efforts” to get a sense of the current state of the semiconductor value chain in the EU, to anticipate potential disturbances, and to take the necessary steps to tackle the current shortage.

“The European Chips Act will be a game changer for the global competitiveness of Europe's single market. In the short term, it will increase our resilience to future crises, by enabling us to anticipate and avoid supply chain disruptions. And in the mid-term, it will help make Europe an industrial leader in this strategic branch,” Commission President Ursula von der Leyen commented.

EC’s Executive Vice-President for a Europe Fit for the Digital Age, Margrethe Vestager, added that chips are “necessary for the green and digital transition – and for the competitiveness of European industry”. The region “should not rely on one country or one company” for its supply, she proceeded.

In addition, she claimed the new legislation will benefit its international partners and the bloc will work with them to avoid further supply disruptions.

Thierry Breton, Commissioner for Internal Market, was more insistent, saying that without chips there will be “no digital transition, no green transition, no technological leadership”. He described semiconductor supply as an economic and geopolitical priority for the EU.

Breton also said its public funding is “already attracting substantial private investment”. Some of those private investments will come from Intel, which plans to pour up to €80 billion into the development of chip fabrication foundries in Europe during the next decade. (See Absolutely fab: Intel will pump $80 billion into European chip production.)