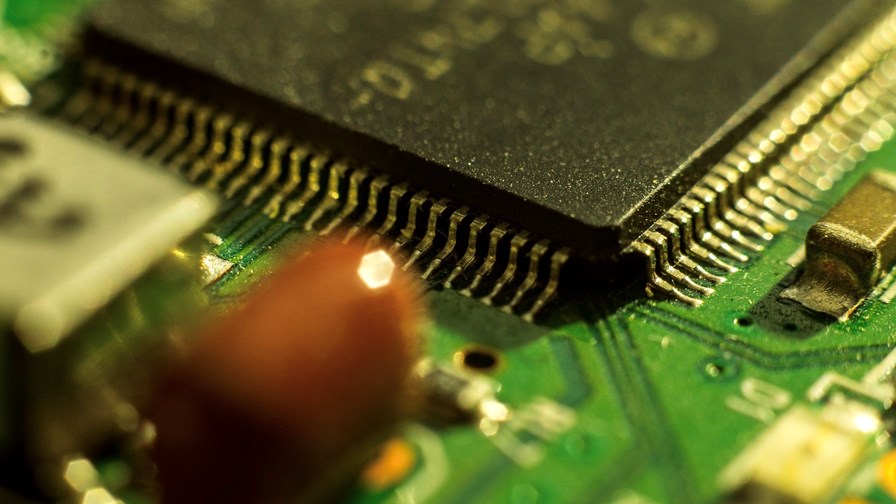 Image by Michaił Nowa from Pixabay

The unholy combination of Covid-19, climate change, rising geopolitical tensions (US-China relations, Afghanistan etc. and on ad infinitum) and concomitant disruptions to the supply chain has resulted in demand for semiconductors rising to the highest levels ever seen. In the popular press and mainstream media the focus has been on scare stories about big rises in the price of used cars and the paucity of availability of new ones because of disruption in the supply chain of the silicon chips that are integral to the command and control systems of modern motor vehicles. Occasional articles are also published about a looming lack of chips for 5G handsets, but the impact of the demand for semiconductors outstripping supply in the global telecoms sector runs far deeper than a few pieces about sexy consumer items and isn't about to end any time soon.

Unsexy (to the public) but vital communications sector issues such as IoT and cloud network functionality/services, which are contingent on complex, sophisticated and interdependent supplier and vendor ecosystems, are being affected too. It is a situation that could well continue into 2023 with the disrupted production of smartphones, routers, and IoT devices having a profound effect on global digitalisation - and the revenues of network operators and technology suppliers. This is the nub of a new report from London-headquartered telecoms research consultancy STL Partners. What does the semiconductor shortage mean for telecoms? provides a detailed and comprehensive analysis of the current semiconductor situation and an its effects on telecoms as well as how and when the problems will be resolved.

The report cites Apple as prime example, demonstrating how demand for consumer products is impacting component supplies. The company saw a massive increase in its already huge sales revenues as demand for Mac computers, iPads and iPhones rocketed during pandemic lockdowns and as far-reaching changes in working practices were introduced. Apple’s revenues for Q1 2021 increased by 54 per cent to US$89.6 billion while iPhone sales alone rose by 66 percent to $47.9 billion. In other words, some 54 per cent of all Apples Q1 revenues this year came from iPhone handsets.

It’s a great example of triumph over perceived adversity during a time of a global plague. However, it is well worth noting that the success came about as a result of forward planning and the stockpiling of critical components such as semiconductors. Not all device manufacturers were as foresighted (or as cash rich) and, as a result have suffered even as the very act of stockpiling itself distorted the market. It was ever thus, and, as it turns out, the telecoms sector is just as vulnerable to shortages of semiconductors and other components as is the car industry.

Meanwhile, the Taiwanese chip market research house, TrendForce, says the record Q1 2021 revenues enjoyed by semiconductor foundry companies is down to increased prices opportunistically imposed to maximise returns via a focus on premium products for established and reliable customers that are willing and able to pay. In essence, those that have a good track record and can pay more will get more. Nonetheless, the STL report, quoting the Pennsylvania-based Susquehanna Financiall Group’s research into lead time between the ordering of power management integrated circuits for use in telecoms equipment and devices and actually taking delivery of them, notes this has risen from the 17 weeks it took in April this year to 20.2 weeks in July. Analysts including Susquehanna and Bloomberg say the increasing lead time gap shows that chip buyers are signing-up for increased supplies now to make sure they won’t be short of semiconductors in coming months. Of course, over-ordering and over-stockpiling adds a further twist to deteriorating situation.

This April past, Bloomberg reported that ISPs face a wait of more than a year for broadband routers, with the minimum wait time now running at 60 weeks and rising. Supplies of power management, memory and screen display chips are also scarce and getting scarcer. Elsewhere, in the consumer and industrial IoT sectors demand for semiconductors for low-power devices such as wearable technology and health monitoring are on the rise, as are demands in the connectivity and sensor categories such smart speakers, cameras and also in presence monitoring applications such as heat and motion detection and smart energy consumption.

And then, of course, there’s 5G  - and, while we’re at it, don’t let’s forget 4G, which is assuming greater importance every day as increased 4G spectrum enhances 5G penetration and speeds. Enterprise 5G is expanding rapidly and consumer 5G is poised to take off properly next year and it is forecast that chip demand will grow throughout 2022 and on into the future as 5G becomes more popular.

So, it will be a matter of meeting short-term supply chain needs while ensuring long-term manufacturing production planning. The indications are that chip availability will remain tight throughout all of 2022 but will begin to loosen-up sometime in 2023, hopefully early in that year - but whatever happens regional disparities will remain.

Asia may be the dominant region in terms of the manufacture of chips but no single country yet has the complete production stack within the boundaries of its own territory – which, considering China, is just as well. As the STL report puts it, “the semiconductor value chain relies on collaboration and trade between the US, Taiwan, South Korea, Japan, Europe and China.” However, Covid and poor political relations with China has spurred the in-country construction of new semiconductor fabrication plants and the upgrading of established manufacturing facilities.

The race for self-sufficiency in semiconductors is on, and it’s a very costly exercise. Estimates are that for any region to achieve self-sufficiency will cost at least $1 trillion and result in rises in the price of chips for end users in the range of 35 per cent to 65 per cent. A couple of months ago, SEMI, the global industry association for the entire electronics design and manufacturing supply chain, reported that $149 billion is being spent on 19 new high-volume fabs that are now under construction and will be operational by the end of this year or the beginning of 2022 with a further 10 to be built later that year.

A solution to the problem is within sight but still many months away: It might be as well to stick with your old cellphone, car or TV for a while longer.