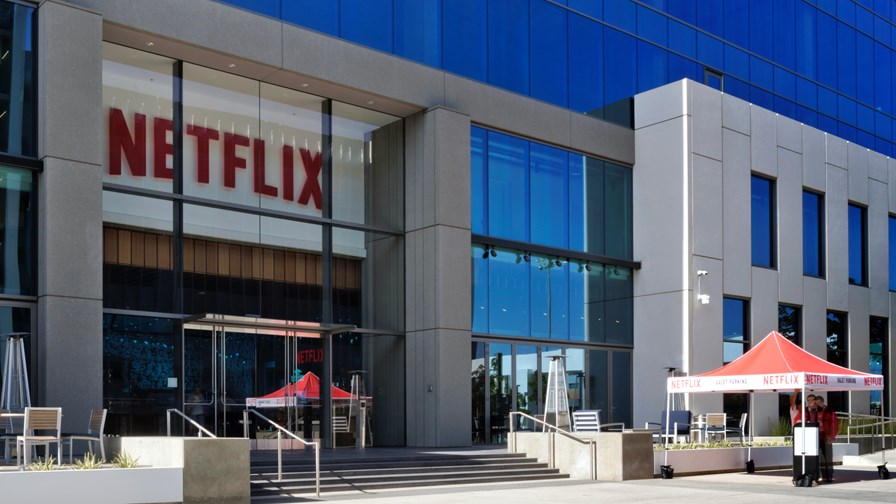 Netflix suffered a 35% slump in market value on Wednesday after it revealed its first quarter-on-quarter decline in subscriber numbers in more than a decade and warned that it expects its global subscriber number to fall further in the coming months.

The streaming services firm saw its stock crash by more than a third to $226.19 (its lowest price since early 2018) after it revealed its global number of subscribers declined by about 200,000 to 221.64 million – it had been expecting continued growth of 2.5 million subscribers. The real hammer blow was that Netflix now expects its customer base to shrink by a further 2 million subscribers to 219.64 million during the second quarter (April-June).

Why are the customer numbers suddenly dipping after 10 years of growth? A number of factors, according to the company, including: Increased competition from other streaming services; increasing inflation that is causing consumers to tighten their belts; and geopolitical events such as Russia’s invasion of Ukraine, which led Netflix to withdraw from Russia and so instantly lose 700,000 subscribers.

And then there’s the impact of its monthly price rises: A decrease of 600,000 subs in the US and Canada (UCAN) was “largely the result of our price change which is tracking in-line with our expectations.” Price changes and “macroeconomic weakness” were blamed for the loss of 400,000 paying customers in the Latin America region. And the company expects current trends to persist during the second quarter, hence the expected further fall in subs.

And if, as seems very likely, the combined impact of inflation plus price hikes is a major cause of customer base shrinkage, then the pressure on customer growth could persist much longer, as inflation isn’t expected to slow down for a few years yet: As tech industry analyst Richard Windsor points out in his analysis of Netflix’s investment worthiness, “it will be 2 or 3 years before inflation begins to come back down meaning that the outlook for companies that rely on discretionary consumer spending are going to have a tough time.”

Research firm Kantar, which tracks subscriber trends across a number of industries, has just noted that increasing inflation is already having an impact: In the UK, for example, the number of households with at least one video streaming service fell by 215,000 during the first quarter “as the cost-of-living crisis led some GB households (particularly younger households) to deprioritise entertainment.” In this blog, Kantar’s Global Strategic Insights Director Dominic Sunnebo notes that “with inflation in the United Kingdom hitting 6% during the first quarter of 2022, and further rises in energy and fuel costs likely, we have evidence that households are starting to seriously prioritise where and how their disposable income is spent.” Add to that the following market dynamic: “The proportion of consumers planning to cancel SVoD services and stating the primary reason as ‘wanting to save money’ has risen to its highest ever level at 38%, up from 29% in Q4'21.”

It’s hard to imagine that isn’t also the case in many other markets: In the UK in particular, this might be causing some nervous moments at BT, which is planning to merge its subscription-fuelled BT Sport unit with Discovery’s Eurosport business in a deal that has not yet been completed: BT said in February it was hoping to conclude negotiations in early fiscal Q1 (which runs April-June) and have the joint venture operational later in the year.

But back to Netflix... What will be interesting to track is how much erosion there will be on the global number, because Netflix, as noted, was expecting some negative customer base impact from its price rises while at the same time expecting revenues to improve (due the price elasticity of demand for its services).

And, indeed, its sales did increase, to $7.87 billion in the first quarter, up by 9.8% year-on-year but, more importantly, up by just more than 2% quarter-on-quarter, even though subs numbers declined. And even though it expects customer numbers to drop in the current three-month period, it forecasts second quarter revenues to top $8 billion.

Also, let’s not forget that Netflix is profitable these days, despite its massive investments in its own programming: Its operating profit was $1.97 billion in the first quarter and its net profit was $1.6 billion.

So the current situation is not disastrous but it does need to be addressed.

So what might Netflix do to buck the trend and appease investors?

Looking at its long-term prospects, Netflix has every reason to be confident of subscriber growth as global broadband penetration continues to improve and more devices become increasingly streaming video-friendly. That doesn’t mean automatic sign-ups, of course: The company has to keep its edge in terms of how attractive its line-up is and it needs to be at the top of its game in terms of marketing (it has done pretty well so far).

But what is it going to do in terms of its business and operational models?

In terms of business models, it seems like an advertising component could be introduced for the first time, with a cut-price (or even free?) ad-supported service option being considered. “Those who have followed Netflix know that I've been against the complexity of advertising, and a big fan of the simplicity of subscription,” noted CEO Reed Hastings during the company’s earnings call held late on Tuesday. "But, as much as I'm a fan of that, I'm a bigger fan of consumer choice," he teased.

And in terms of operational models, Netflix is signalling a crackdown on password sharing. “In addition to our 222m paying households, we estimate that Netflix is being shared with over 100m additional households, including over 30m in the UCAN region,” states Netflix in its earnings report, adding that while “account sharing as a percentage of our paying membership hasn’t changed much over the years,” it’s now making it harder to grow the subs base in many markets.

The problem here is that Netflix has let this problem fester and now the “monetization of multi-household sharing” is a sizeable problem: “When we were growing fast, it wasn't a high priority to work on... now we're working super hard on it," noted Hastings.

Netflix has been “testing different approaches to monetize sharing and, in March, introduced two new paid sharing features, where current members have the choice to pay for additional households, in three markets in Latin America,” it noted in its earnings report. “There’s a broad range of engagement when it comes to sharing households from high to occasional viewing. So while we won’t be able to monetize all of it right now, we believe it’s a large short- to mid-term opportunity.”

But that’s not going to be easy, notes analyst Paolo Pescatore, founder of PP Foresight, in comments emailed to the media. “Password sharing remains an ongoing problem for all streaming media services. Clamping down might help but there might not be a one size fits all solution. There will be disgruntled subscribers who may cancel altogether,” notes Pescatore, who believes Netflix will “have to experiment with different price tiers to cater for diverse audiences.” Initially, a low-cost advertising-funded service “might help convert freeloaders,” adds the analyst.

This, though, does add complexity and could start to damage that brand.

There are two key takeaways for digital service providers (DSPs) here. First, no matter how strong the brand or how good the service, consumers only have 24 hours in the day and only so much disposable income – and these days, for many people, they have less to spend on entertainment. Having alternative business and customer engagement models already in play can help DSPs weather anticipated and unexpected storms.

Second, and maybe more importantly, dealing with problems that are staring you in the face sooner rather than later is the best course of action, even if it seems like a distraction when things are going well. It’s not like Netflix has 5 million or 10 million password-sharing households – by its own estimates it has 100 million, equal to almost half of its global customer base. Now, dealing with that challenge at a time when potential users are more actively looking for ways to access digital content for free (legally or illegally) is going to eat up a lot more time and money for, potentially, little gain.