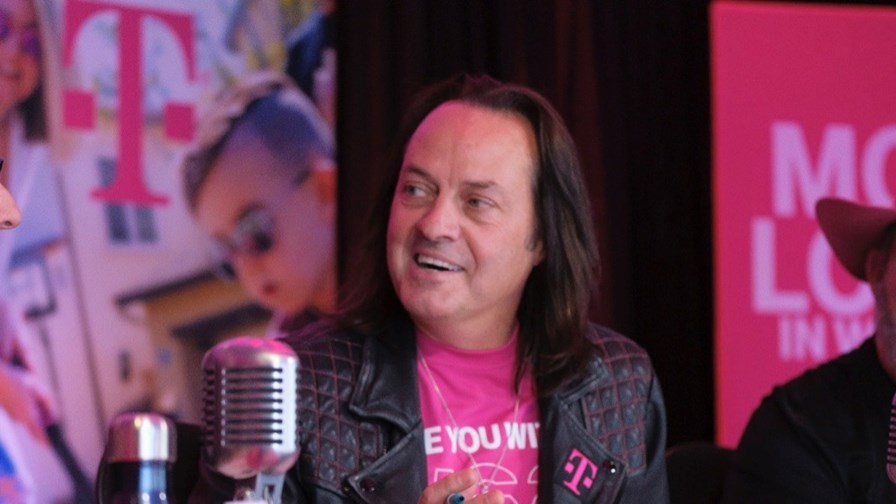 There’s no let-up in the chaos at Twitter, where fake accounts are causing havoc and the former CEO of T-Mobile US, John Legere, has offered himself up to run the company for new owner Elon Musk, who quickly turned him down flat (more on that later).

Before Elon Musk acquired the social media company and became the trinity of sole owner, CEO and board of directors all rolled into one (aka Chief Twit), the Twitter blue badge was, for the most part, a symbol of authenticity and trust. The little squiggle alongside a Twitter account handle conferred status because it signified that the account holder’s bona fides had been investigated by Twitter’s safety, compliance and approval teams and verified as being those of the account holder they claimed to be, rather than of some malign fraudulent impersonator. (Well, most of the time anyway). Blue-tickdom status for companies and brands was free but had to be applied for and the account holder was then subject to a consistent and systematic verification procedure. (Again, most of the time). Approval was said to be hard to get and thus denoted a perceived probity which, in turn, conferred a certain kudos and degree of social standing.

That said, and as was inevitable, rogues did get through the net and were able to spread disinformation and sow hatred. Things are actually worse under Musk’s management. Having splurged US$44bn on an ‘asset’ that was probably worth less than half of what he paid for it, and then cutting half of the Twitter workforce in a precipitate and ill-considered headcount blood-letting, Musk needs to generate cash and now charges $8 a month to anyone who wants a blue badge. The result has been a further devaluation of the company in the eyes of users and advertisers alike as waves of impersonators pay to get blue-tick verification and then proceed to peddle their presence and poisons on the platform. Proven verification takes time and consistency – all the $8 charge proves is that applicants have actually got eight bucks.

What makes a bad decision worse is that Musk himself has publicly said that those holding verified status will get greater visibility on Twitter than will the hoi-polloi. So, fake ‘verified’ accounts are now springing up everywhere, not just in the name of individuals (celebs, politicians etc) but also major brands, including the likes of Apple, BT, Lockheed Martin, Pepsi and, one must admit amusingly, SpaceX and Tesla (both of which are Musk companies). Is nothing sacred? Inevitably Musk too is impersonated constantly.

His response, firing from the hip as usual and in an act that is beyond parody, is to suspend without warning any impersonating accounts that do not label themselves as a “parody”. He solemnly announced, "tricking people is not ok”.

For a while, the avalanche of fakery was checked slightly when, without explanation, a new grey-coloured badge appeared beneath the names on some particularly prestigious accounts, but they disappeared as quickly as they had arrived. It is evident that the storm into which Twitter has sailed so blithely is because one man with extremely limited accountability holds total power over the company. Musk has opened the floodgates and the surging waters are further eroding trust in the company.

The rumbles of discontent are getting louder: Musk is hearing them and is not amused. Over the weekend, former T-Mobile US chief John Legere (who turned a basket case of a company into a goldmine), tweeted: Hi @elonmusk, maybe I should run @twitter You can stop managing daily business, and “content moderation” and then support product/technology, let someone else “run” @Twitter. I’m expensive but so is what you paid for twitter (p.s. please be leadership example of how to tweet).” (That tweet did come from the account long assigned to Legere and active since May 2013, so it does appear to be genuine, unless his account was hacked.)

A couple of hours later, Musk responded with a terse “No”. Musk later added: “I like both you and Mike [Mike Sievert, current CEO at T-Mobile US]! It’s just that Twitter at its core is a software & servers company. The technology needs to evolve rapidly, which requires a technologist.” Musk and Sievert, of course, are now partners, following a tie-up between T-Mobile US and Musk’s SpaceX that is focused on providing wireless data connectivity in current ‘dead zones’ – see T-Mobile US and SpaceX plot to kill mobile ‘dead zones’.

And then late on Friday last, Lou Paskalis, the president of MMA Global, the 800 member-strong marketing trade association based in New York, sent Musk a message via Twitter. It called on him to appoint a new CEO and to stop interfering in the daily operations of Twitter. He ended: "It's clear that leading Twitter is not among your many talents.” More and more people are coming to the same opinion.​