How low can telcos go? 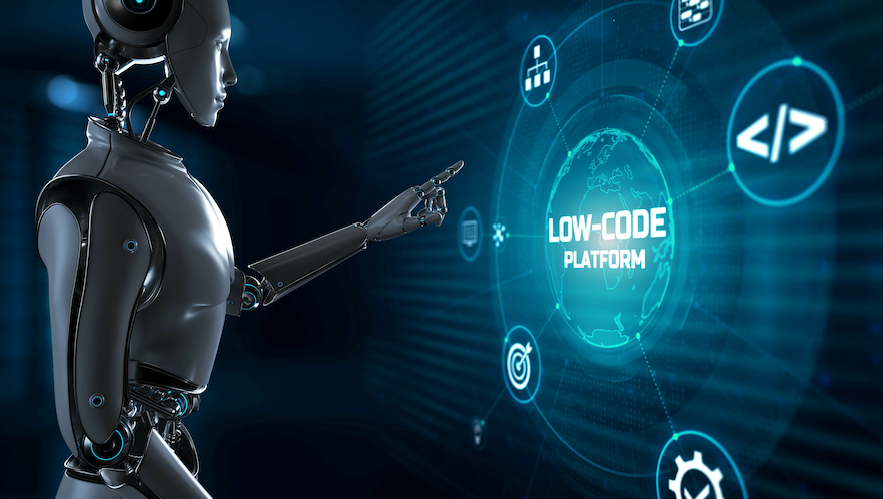 The soaring popularity of low-code/no-code application development by enterprises, as identified recently by Gartner, is continuing and telcos are being urged to get on board too, if they’re not already.

According to the results of a recent survey sponsored by Mendix (a subsidiary of Siemens), low-code software has, over the past few years, evolved from an emerging into a core technology for any organisation looking to digitally transform. The pandemic and the work-from-home imperative meant that companies needed to start transforming at speed and needed lower-cost ways to do it: Low-code/no-code development platforms, which are visual software development environments that (in the case of no-code) allow even those without any development experience to create new applications using drag-and-drop components (more on this later), fitted the bill.

So, spurred on by the pandemic and boosted further still by the current expectation of a major global recession, low-code has emerged as critical for any organisation embarking on digital transformation, according to Mendix. Its research has even shown a major acceleration in adoption over the past year, with a rise in low-code adoption from 77% in 2021 to 94% this year. Even more surprisingly, four in 10 businesses are now using low-code for mission-critical operations.

The study, which gathered evidence from France, Germany, the UK, the Netherlands and the US, found that low-code is now set to overtake traditional software coding in 2023.

Hardly surprising then, given its current difficulties, that it’s also been recognised as a major imperative for the telecoms industry, which is seeking to escape the ‘high-code and lots of it’ trap in which it has found itself thanks to its legacy of a rigid and proprietary technology estate. In short, low-code/no-code has been identified as one important way to overcome the industry’s many agility challenges.

So what is it exactly?

Low-code/no-code is a software development environment that uses visualisation to develop applications. Low-code requires a small amount of coding but it automates much of the process of application development and so speeds up the development process enormously, while no-code requires no coding, allowing those from non-technical enterprise departments without any coding knowledge or training to develop applications. It’s a big, but logical, step up from the breakthrough that saw the use of icons and on-screen pointing devices (mice) on the computer desktop in the 1980s (itself a conceptual visualisation) to replace typed commands, a trend that continued with online browser technology, which planted visual representations all over the screen as an aid to ease understanding. Low-code uses the same conceptual approach to building and integrating applications, making it much easier to coherently plug together software components without having to unpick the code. In doing so, it can essentially democratise technology development by including relatively tech-savvy, non-programmer professionals in the development process. This alone is a huge boost to the speed of transformation as it means that technology change is ‘bought into’ by its major stakeholders (or at least by the manager stakeholders), rather than technology change being imposed by the IT priesthood and grumbled about by its supplicants.

There are plenty of examples of low-code/no-code proving its worth when speed of response was of the essence. One thing many of us have experienced is the digitalisation of shopping thanks to the pandemic and its lockdowns. Low-code was used by some retailers to develop digital shopping pickup, allowing them to react quickly to the sudden change in their markets.

The telecoms ecosystem is already responding by stepping up to the low-code/no-code plate. For instance, IBM says it’s keen on the approach and, among many others, Munich, Germany-based European Computer Telecoms (ECT) says it has taken CSPs’ non-functional requirements into account to produce its own specialist Telecoms Low-Code Application Platform (T-LCAP).

ECT’s efforts differ from those of its competitors, it claims, by being positioned in the network realm rather than in the IT realm, and it supports all the “special requirements of the industry, with a service execution engine and model-based, automated tools that have been used by leading CSPs for decades as part of our former service-delivery platform.”

The technique is being cited as a crucial requirement for telcos with ambitions to provide business applications off the back of their investments in 5G and fibre broadband rollouts. ECT reports that by next year up to 60% of mainstream organisations will be aiming to become “composable enterprises'', that is to say, taking a modular approach to their IT environments. As a result it claims, 25% of CSPs will likely operate as composable service providers by 2025 by making their edge and 5G services more valuable to enterprises seeking agility, and this will likely be done with low-code or no-code.

It reckons that low-code platforms will prove themselves essential for CSPs, especially, it points out, if they can use its T-LCAP to build network services, such as number portability, carrier routing, and fixed-mobile unification. They can then go on to offer a full range of enterprise applications to run across their 5G networks.

And it isn’t just ECT hoping this trend will come to pass: It recently announced a three-year extension deal with a major European telco for low-code application development.