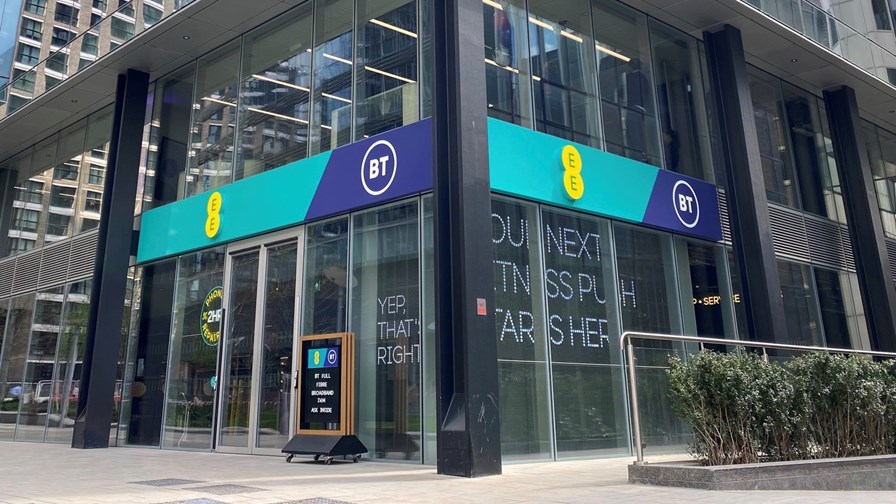 BT has decided to drop its traditional name from most of its consumer branding and will, over time, adopt the EE name currently used for its mobile services across the vast majority of its consumer services, which it intends to extend “beyond the connectivity we provide today,” the operator announced Wednesday.

Once that shift is complete, the vast majority of BT’s business will be generated by units not carrying the traditional brand: In the nine months to the end of December last year (the period covered by the operator’s most recent financial statement), Consumer and Openreach, the semi-autonomous wholesale fixed access unit that already lacks the BT branding, accounted for more than 73% of revenues between them.

EE (an abbreviation of Everything Everywhere, the initial name used by the UK joint venture between Deutsche Telekom and Orange) became part of the BT empire when it acquired the mobile operator in 2016, and has become a household name, helped in part by extensive advertising campaigns featuring US actor Kevin Bacon.

“From today, we’re starting the preparations to make the EE brand our flagship brand for Consumer customers focusing on convergence and future services,” noted BT Consumer CEO Marc Allera in this announcement.

“While retaining much of the identity that is instantly recognisable to millions today, the new EE will evolve and stretch into new areas and be focused on convergence of networks, devices and new services beyond connectivity,” he added.

BT will continue to be the main brand for the operator’s global and enterprise businesses: Check out the full announcement for further details and insights into the reasoning behind the move. Of course, this means BT isn't going as far as France Telecom, which completely dropped its traditional brand to go with Orange starting in 2006 and went as far as actually changing the company name in 2013.

BT's decision is not a major surprise and makes sense, reckons Kester Mann, Director of Consumer and Connectivity for CCS Insight.

“This evolution builds on EE’s already strong standing in mobile. Running two major consumer brands was never something BT could continue indefinitely. It means additional cost and complexity both internally and for customers, not something that aligns with strategic efforts to streamline the company, improve simplicity, and achieve challenging cost-saving targets,” notes Mann in comments emailed to TelecomTV.

“For the BT brand, the announcement represents a failure to resonate with the UK’s increasingly technology-savvy consumers,” he believes. “Despite efforts to reinvigorate it through new services, improved customer service and a return to the high-street, it has been unable to instil more engaging, exciting and innovative perceptions. EE appears better equipped to spearhead the next chapter for BT’s Consumer business as it looks to bring new products and services to market beyond traditional connectivity.”

Mann continues: “BT’s branding choices are the right ones, but it won’t have taken this decision lightly. It won’t be universally welcomed either, for example by many older customers who have an enduring affinity for the BT brand, or internally among some long-serving BT employees. So, the subtle repositioning of the two brands – clearly already underway – feels like the right approach.”