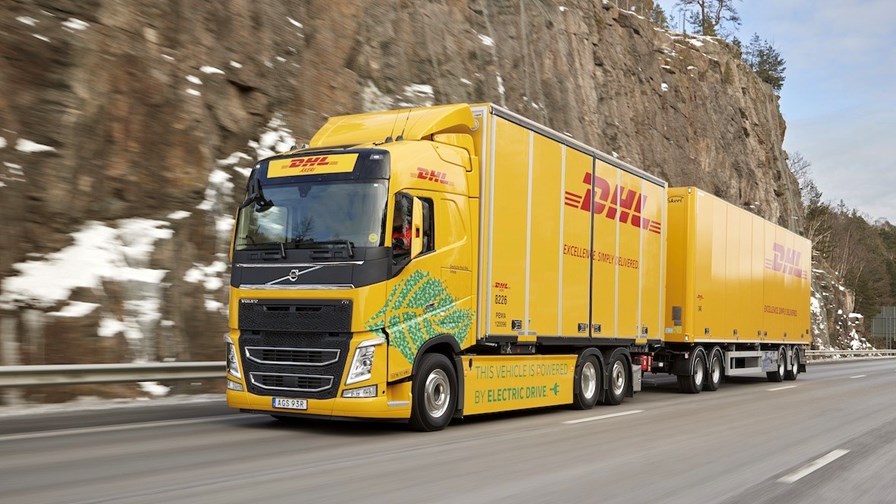 UK operator BT has scored a massive deal to build a network and bring digital transformation to Deutsche Post DHL Group (DHL)’s operations in 27 countries in Europe.
The operator explained in a statement that it has tapped a new eight-year agreement with the Germany-based logistics powerhouse, providing it with a “flexible, resilient and secure” network to support DHL in its push to “digitalise supply chains in a sustainable way”.
Under the deal, BT will deploy “the latest technology to transform connectivity” for the logistics group in 27 European countries, including the UK.
The operator told TelecomTV that its solution uses SD-WAN to combine MPLS and internet connectivity and SD-LAN with Wi-Fi 6, explaining that the network combines “the scale and flexibility of the internet with security and resilience to deliver trusted performance”. The design also offers the flexibility to include private 5G.
The network will also be optimised for the cloud, which is increasingly used by DHL for hosting applications and digital services which, according to BT, are being used by 350,000 employees at 1,500 sites across its operating regions. BT is already in the process of deploying SD-WAN to customer premises and going live on a site-by-site basis.
BT claimed the network it builds for DHL will act as a “key enabler” for the logistics giant’s strategy to digitalise and automate its business. To do so in a sustainable way, the UK operator has taken the responsibility to audit DHL’s existing network to remove copper cables wherever possible and replace them with fibre to optimise energy consumption. In fact, BT hit a milestone of switching its network, offices and shops to 100% renewable electricity in November 2020.
Bas Burger, CEO of BT’s Global unit, commented that DHL is driven by “a purpose that mirrors our own: Like BT, it places customer service, the power of technology and sustainability at the heart of its corporate strategy”. He added that the partnership allows for the two companies to achieve their respective growth ambitions and “contribute towards common goals.”
Anna Spinelli, Deutsche Post DHL Group’s Chief Procurement Officer, said that the two companies have “strategically committed to work closely together to enable the best performing, flexible and sustainable network, globally”.
A breath of fresh air
It would appear that the deal with DHL has come at just the right moment for BT. The company reported a 2% decline in revenue for the nine months to 31 December 2021, largely due to drops in revenues at its Global and Enterprise divisions.
“This is a welcome deal for BT’s underperforming Global unit which continues to face headwinds due to the pandemic, which is surpessing companies’ appetite to spend on major projects”, said Kester Mann, Director of Consumer and Connectivity for CCS Insight.
Although BT declined to disclose the financial terms of the deal as they are confidential, it said the duration of the agreement and the geographic size it involves are the best indicators of the deal’s scale.
T-Systems, Deutche Telekom’s IT and digital transformation unit, has also previously scored a deal with DHL which is “in the high three-digit million range” and runs until 2027.
Logistics has been often deemed as one of the sectors with the greatest potential to take advantage of digital transformation and, therefore, bring new revenue streams for telcos. Shifting to 5G and adopting private networks were recently highlighted in a research report conducted by Analysys Mason and Accedian as being increasingly important for the transport and logistics sector. What’s more, 92% of large transportation and logistics businesses have stated they plan to deploy a private 5G network by 2024, though the companies note this figure likely includes public 5G too because “awareness of the benefits of private 5G is still nascent”.
Companies’ efforts to embrace digital transformation are at full steam. Other developments relating to the field announced today by global operators include: